Take the Holiday to France with T M Logan

We’re about to head to France – the south of France with the man who wrote The Holiday. The man who got the idea for the novel when his wife and three friends headed to a villa on a summer holiday. A man fascinated by secrets and how they could break up close friends. A man with a wicked sense of humour, imagination and a glint in his eye no doubt….for wait till you read this novel!! 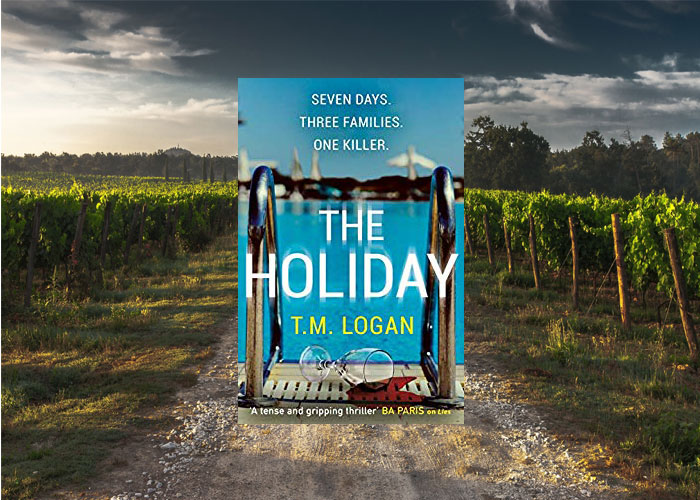 How did the novel come about?

I had this idea about four friends who were very close, they’d known each other for 20 years and had a bond that they thought would last a lifetime. I was fascinated by the idea of a secret that could break this bond, and why one of them might decide to betray the friendship: would it be for love? Money? Revenge? Or something else? That was the core of the idea, my starting point.

Every summer these four friends go away for a long weekend to re-connect and have fun together, somewhere different each year. To mark their 40th birthdays they decide to build on the tradition by going away for a whole week, with partners and children in tow, to the south of France. That’s where the story of The Holiday unfolds.

In terms of inspiration, I suppose it’s not a complete coincidence that my wife, Sally, and three of her long-time friends have been going an annual summer trip together for years…

Hopefully that’s where the inspiration ends though…… 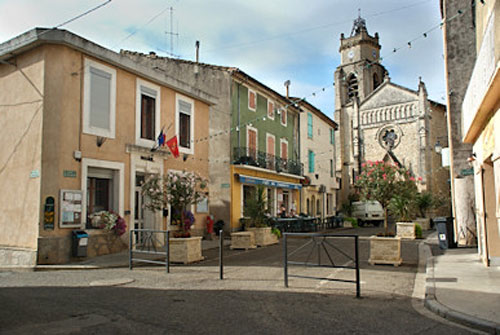 Tell us more about the location – how did you choose/find it?

My family and I stayed in the village of Autignac, north of Beziers, a few years ago and it remains one of my favourite summer holidays. The area is a bit of a hidden gem, rolling wine country on a beautiful stretch of the Mediterranean coast, rich with vineyards and little villages dating back to the middle ages. I just loved the area, the climate, the wine, the sights and smells, the hills and the beautiful Mediterranean coast. 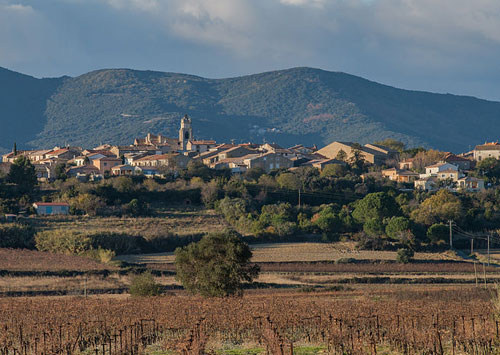 Most of the action in the story takes place in and around the fictional Villa Corbieres, which was inspired by the villa we stayed in on the outskirts of Autignac. It was in a magical location with stunning sunset views across to the hills that we would enjoy every evening from the balcony. With its narrow streets, ancient stone walls and quiet village square, Autignac seemed like the perfect setting for story I wanted to tell. 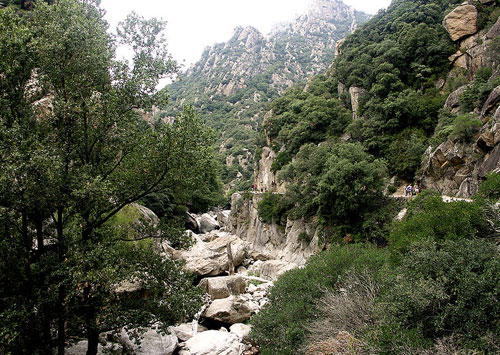 The novel is mostly based on the south coast of France in Languedoc-Roussillon, west of the Cote D’Azur. Autignac is a small village about half an hour’s drive north of the airport in Beziers, which is the biggest town in the area. There are also scenes in the book set in the Gorges D’Heric, which is a spectacular gorge with rockpools that takes you up into the hills a little way north-west of Autignac. There are also scenes on the beach at Cap D’Agde and the medieval village of Olargues, which is absolutely beautiful. I should add that I have taken some liberties with some specifics of local geography in and around the villa (although I can’t say exactly without spoilers!). 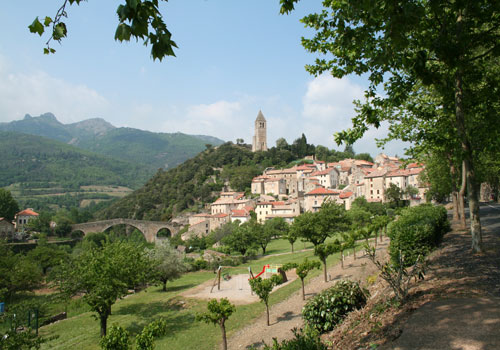 The villa is captivating. Very well evoked and clear to see in your mind’s eye. How did you create this on the page?

My starting point was the villa that I stayed in with my family, which gave me the setting of this place on the outskirts of a village with its view out to the hills. Then I let my imagination run wild, creating a villa that was much bigger and more luxurious, complete with its own gardens, infinity pool and wine cellar. Everything on a grander and more elaborate scale, with ten bedrooms and its own vineyard on the hill below the balcony. That’s Villa Corbieres. I would love to spend a week there!

I also went through the family photobook of our holiday there and watched the home videos I had shot, taking notes about the buildings and the landscape, the fields, the flora and fauna, trying to see it as if for the first time. Looking for the best way of bringing it to life on the page, from the rows of vineyards to the whitewashed houses with their terracotta rooves. And it was really helpful to visit the area again in spring 2018, while I was writing the first draft, to reacquaint myself with all the things that make this part of the world so special. 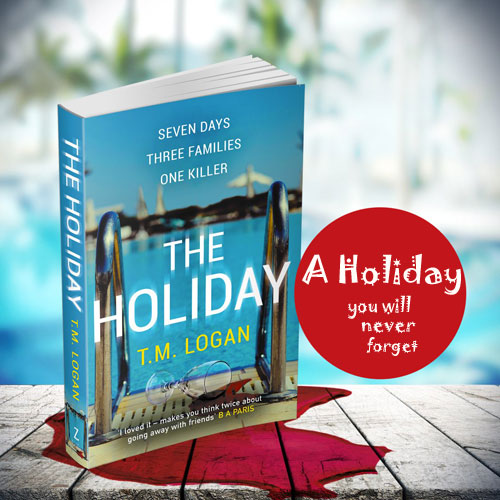 How did you research the characters and why did the setting enhance the story so well?

The four main characters came to me right at the beginning and grew clearer as I planned the story out. They needed to work on two levels – both as people who would have become friends at 18 because they had lots in common, but also as people who had stayed close even 20 years later, though their lives have taken them all in different directions. They’re the same people they were at university, but at the same time they’ve all been changed by life and circumstance. That was key to the tension I wanted to explore.

As I wrote it, the setting and location for The Holiday became an integral part of the whole story. These people come together in a single place, not just four women hiding secrets from each other, but also the rest of the group – their families. There are 12 people in total and you have husbands and children don’t know each other very well at all, they don’t necessarily get on, they’re all out of their natural environment and there is increasing friction as secrets and lies start bubbling to the surface. 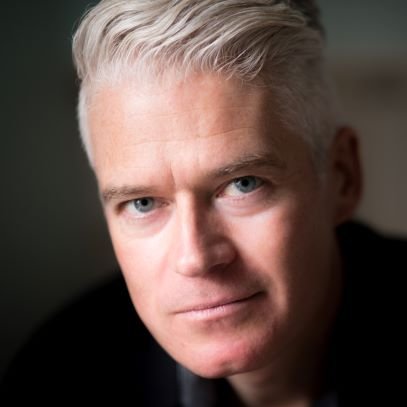 Do you have memories of holidays in France you have used for the novel (I mean the sense of freedom and escape – not the toxic friends!)

I have a lot of holiday memories of France that I incorporated at a general level – of summer heat and wonderful French food, the noise of cicadas at night and the warmth of the Mediterranean compared to the English seaside. I’ve been to France on holiday more than any other country and some of my earliest summer memories are from there – lazy days on the beach in Brittany, asking for pommes frites in my pidgin French from the campsite café, putting up a tent in a thunderstorm near La Rochelle. When I had kids of my own, there were more summer trips to Normandy, Bordeaux, the Loire Valley, and latterly to the south of France around Montpellier, Beziers and Narbonne. In one way or another, all of these visits contributed to the story that became The Holiday.

Where do you like to go on holiday and why?

I love to go anywhere I haven’t been before! Which is one of the reasons I love France because there are so many different regions to visit, each with its own character, its own history and landscape. So whether you go to Brittany or Bordeaux, the Loire Valley or Languedoc-Roussillon, it feels like there is something new to discover every time.

For family holidays, when we’re not in France we have tended to go to Greece, Italy, Spain or the USA. This summer it’s the southern coast of Turkey, which I’ve not visited since a brief visit to Istanbul when I went inter-railing at the age of 18 so I’m really looking forward to it. There are so many places in the world I want to see that I’ve started keeping a list of places I’ve read about or heard about, in the hope I can get to them all someday. The only problem is the list keeps getting longer rather than shorter!

Wow thank you for such an insight into The Holiday!