Carol Drinkwater writes about her poignant story The Lost Girl which she felt compelled to write. How she prepared and researched the novel and what she hopes the novel has brought to the reader… 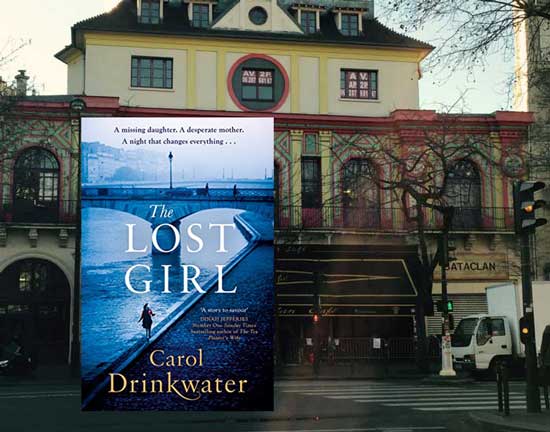 Unusually, the settings and the story of The Lost Girl chose me not the other way around.

The terrorist attacks of 13th November 2015 in the east of Paris – six attacks in the same area very carefully coordinated – were the subject of that evening’s television news. Unusually, I switched on the news and my mother stood by my side. We watched arm in arm as the events unfolded. I was crying, or rather tears of shock and disbelief were rolling down my cheeks. When they announced the Bataclan Concert Hall had been infiltrated by two or three men in black with Kalashnikov rifles who had taken the 1,500 concertgoers prisoner and were shooting them in cold blood, I let out a cry. How will they escape? I asked. My mother replied, or perhaps like me she was almost talking to herself, ‘For everyone of those young people stranded inside that hall, there is a mother waiting to know whether their child is safe, will be saved.’ 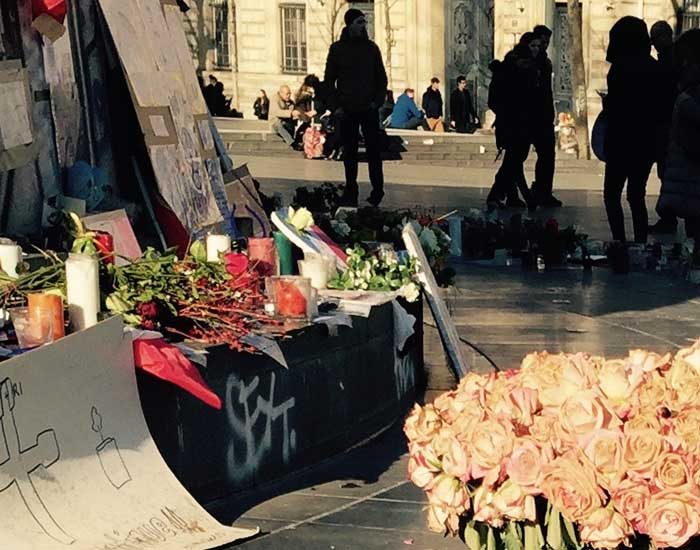 Paris after the Friday 13th attacks, near the Bataclan (c) Carol Drinkwater

Without my being aware of it at the time, the seed for my novel had been sown.

A few days later, still haunted by what I had seen and the wall to wall reportage, I paid a visit to the Bataclan. Of course, the place was cordoned off, but there were flowers everywhere, cards, messages, photographs, candles burning. People standing with their head bowed, kneeling, weeping, in prayer, or contemplation. Silent vigils.

I set aside the book I was at work on and started to write. 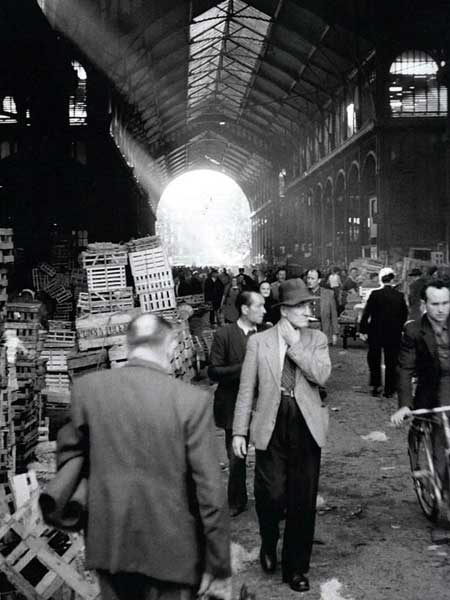 The Lost Girl wrote itself.

Three months later, alone in the house with me, my mother died in my arms totally unexpectedly. We were very, very close. I was in shock. I felt overwhelmed by loss and grief. For France, for Mummy, for the world at large. I paid a visit to the Bibliothèque National in Paris and enrolled as a member. The following day I began my research. I spent an entire month holed up in their mediathèque division. It is astonishing. I watched every strip of footage they could provide me with. Newsreels, home shot videos, mobile phone footage. President Hollande’s speech to the nation. The jam-packed hospitals after the incidents. Interviews with some of the survivors, others who had lost loved ones … It was a complete immersion.

I continued watching footage until I knew the events and story of that weekend as well as if I had been a part of the horror.That weekend is the basis, the kernel, for the modern part of the story. 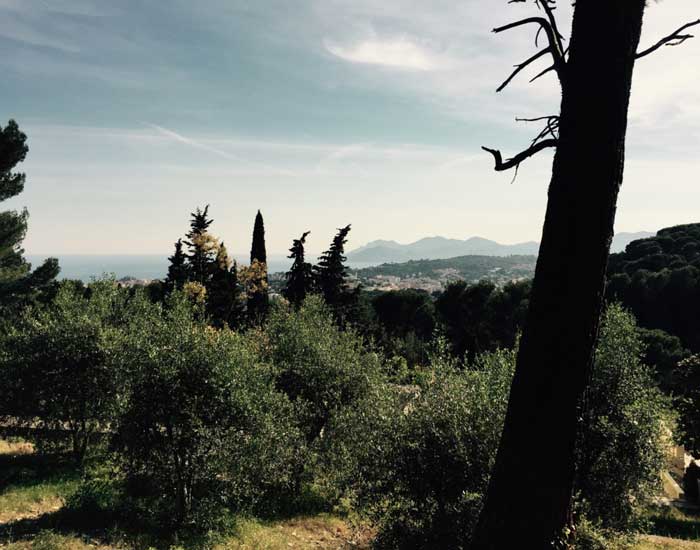 Mediterranean landscape, such as Charlie and Marguerite might have looked out upon (c) Carol Drinkwater

The chapters set in Provence after the Second World War grew from I know not where except, of course, I know the Côte d’Azur very well. I live overlooking the Bay of Cannes. This half of the book is a love story rich with perfumes and passion and flowers – roses and jasmine, sweetly scented, grown for the nearby city of Grasse and its world-renowned perfume industry. 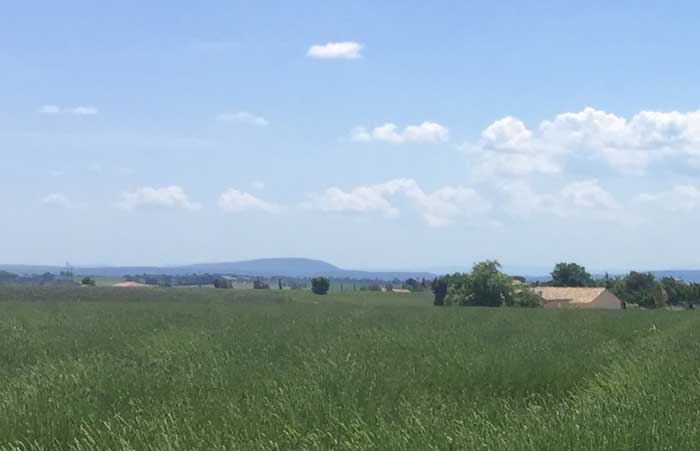 It also relates events within the film industry down in the south of France which at that time was very exciting. I spend much of my time reading up on southern France. Its history fascinates me. Its film festivals. The Provençal people, their wonderful traditions, their extensive knowledge of and celebration of food, their lively, colourful markets. The grand châteaux with their estates of vineyards or olive groves. The more modest farmers and olive oil producers, the seasonal transhumance of sheep between high and low mountain plateaux. Everything about the south of France attracts and excites me. Even the shifts, the changes in the region since tourism arrived in a big way. 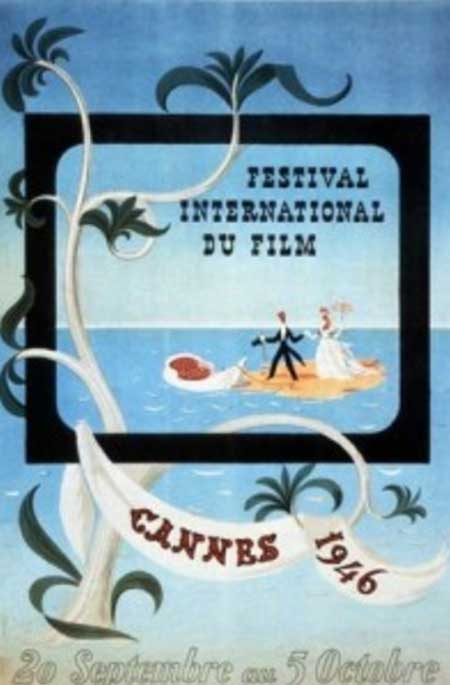 The poster for the very first Cannes film festival

Similarly with Paris. Its modern history. Its war periods. Its mixed personality of peoples.

To be able to put the two locations in one book and weave them together was a delight for me, like spending a year on a long holiday in my favourite places.

Carol, thank you so much for such a detailed and heart felt guide to your novel and the work which has gone into it both physically and emotionally. It’s such a moving and emotional novel and it’s an honour to have you talk and share your photos here. So poignant to hear of your experiences of the Paris attacks and your personal tragedy. Just goes to show the toil and tears which can go into a novel!