Booktrail towers has been a hub of activity today – so much so that the cake for the cuppa and a cake feature was not baked in time. So, I popped out to buy a nice posh one (well it’s a very special guest today) and I barely have time to take it out of the packaging (and hide it so I can claim I’ve had a Mary Berry moment) before the doorbell rings and the special guest is here! Talking Killer Whales and Canada with Lucy Atkins today! 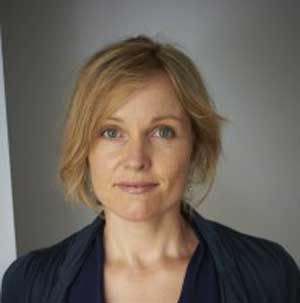 Hi Lucy, now then, allow me to cut us both  large slice each of this cake. I’ve been slaving over the oven for hours, so I hope it tastes good ( hehe). Do you have milk in your tea? Right then, I have a few questions for you about your novel The Missing One – and I’d love to know what inspired such a story and such a setting!

I have read that it was a magazine article about the first woman to study killer whales in the wild (Alexandra Morton) that first planted the seeds of The Missing One. How did this develop into the novel?

I read an article about Alexandra Morton and was very taken with her strength and courage. I had this image of a woman on a boat with her toddler surrounded by killer whales, and so I started writing a short story. That became a long story and – many incarnations later – it turned into The Missing One.

You have lived near the coast of Seattle and Vancouver. What do you miss most and which parts of the region would you recommend we visit to get a real feel for The Missing One?

I lived in Seattle for almost four years and my second child was born there. I still miss the landscape a lot – I think partly that writing the novel was an act of longing for what I’d left behind. I loved the combination of mountains and ocean; even in the heart of the city you feel you are on the brink of escape. I never lived in Canada, and only visited that area, but I happened to go there almost always in winter. I think that’s where all the fog and rainstorms in The Missing One came from. It feels remote and cut off when that fog closes in. Any of the islands you can get to on a ferry from Vancouver would give you a flavour of the novel… 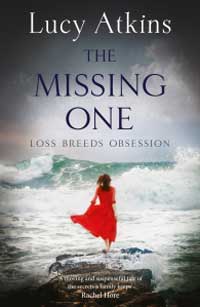 The relationship between mother and daughter is a strong bond as we see both in your human characters and the whales themselves.  Do you think this strengthens the overall theme of a mother daughter bond?

When I began the novel I knew absolutely nothing about orcas. As my writing progressed, I realized that what I was really writing about was motherhood and as I learned about orca societies – the strong bonds between a female orca and her calf, their powerful matriarchal culture, it was like a gift. It was all so relevant to my human themes. I also learned how horrifically we treat killer whales – ripping one year old calves from their mothers to take them to Sea Parks to be kept in small concrete boxes and gawped at. The idea of a mother’s loss, of longing for your child, of separation, is central to the novel, and this loss is seen over and over in the way we treat killer whales (Anyone interested in finding out more about this should see the film Blackfish).

Which islands, areas in particular did you research for your book? I realise SpringTide Island is not real although Salt Spring Island is, and there is a whale sightseeing company called SpringTide Tours. Were your place names inspired by something in particular?

Yes, Spring Tide island is completely fictional. The journey Kali takes from Vancouver is also fictional. I didn’t feel right making it a real place – I just wanted to take the feeling I had about that area and make it come alive, without worrying about actual geography or whether or not you could go by boat this way or that way. It was much more liberating to make it up. I did spend one Thanksgiving on Salt Spring Island and that was definitely in my mind when I wrote about Spring Tide – the fog particularly, and the name too. Isabella (the name of Susannah’s house) is my daughter’s name and my grandmother’s name, and my great-great grandmother’s name, going all the way back in our Scottish family. I just had to use it.  Raven is named that because it’s a bit ominous… 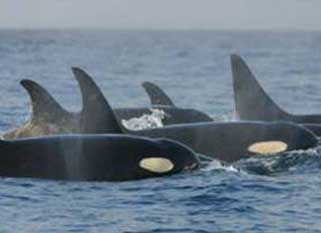 Would you like to have been a whale scientist living on a floathouse? I would after having read your book. It was as if I was there!

Fancy being stranded on an island with Susannah? I am far too much of a comfort lover for that. I actually am totally unscientific and not particularly adventurous and I’d be far too wimpy to face the extremes of weather and discomfort that Elena, my whale expert, deals with.  But perhaps as a mother of three I do sometimes long for space and solitude – I expect that this was subconsciously coming out when I wrote about that tiny island. Having said this, I wouldn’t want to be trapped in any house, let alone a floating one in the middle of nowhere, with my character Susannah. Definitely not!

You are on Raven Island with only four other writers living or dead for company over dinner. Who would you choose and why?

Charlotte Bronte, because she wrote my favourite novel, Jane Eyre, and I think she would be a great chatter; Ted Hughes because he’d talk beautifully about the wildlife (and was incredibly handsome), Chaucer, because he’d be a lot of fun and without any pomposity, and Jane Austen, just because I couldn’t possibly turn down the chance to meet her.

Well, talking of dinner, I’m still a bit hungry. Would you like another piece of my rose garland cake? Yes? Did I what sorry? Em, well no, I’ve got a confession to make – Mr Sainsbury did. He’s an old friend…

Thank you very much Lucy for stopping by. Your novel was really interesting on so many levels and I’m now reading a lot about orca whales and their treatment in captivity. The interweaving stories were very clever and thank you for taking me back to Vancouver and the surrounding islands! The book trail loved the journey combining reading and travelling is just the best!

I love it! It does get to the heart of the novel too – I think it’s an inspired way of reading. Thank you for having me on the Book Trail !