Ann Turner’s book is very timely for the week that the Olympics arrived in Rio – The Lost Swimmer – is not the kind of swimming escapade you would want to have yourself mind – but rather it’s been described as a low-key  thriller with themes of love and hate. Time for a cup of tea and a slice of cake to chat about this one! 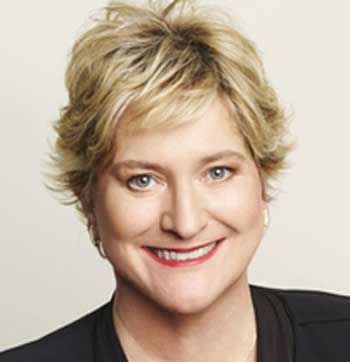 Where did the idea for this novel come from?

It began when I visited the Amalfi Coast in Italy, and booked a hotel that I thought was in Amalfi, but was actually a distance out. We arrived via a terrifying stretch of road that seemed to hang in mid-air above the Tyrrhenian Sea far below, and although in some places it seemed only the width of one car, the road took traffic in both directions. When two buses met head-on around a hairpin bend, one would have to reverse, often via a five-point turn, and the only thing between the road and the death-drop to the sea was a tiny wall. It was terrifying and we thought we were going to die.

The hotel itself was perched on the cliff as though it might fall into the water, and there was no footpath. The only way to get to Amalfi, or Positano in the other direction, was on the terrifying road. And I’d booked the accommodation because it advertised a private beach. When we checked in, I asked about it. The friendly person at reception paused, then said, ‘You Australians are good swimmers, aren’t you?’

When we wound our way down the mountain to the beach, we found it was just a rocky ledge. And then a wave slammed in metres high. In Australia, we wouldn’t call it a beach, we’d call it a blowhole.

But the place was intoxicatingly beautiful, and I thought how terrible it would be for a loved one to go missing in such an isolated but intensely picturesque location.

At the same time, friends of mine in universities were losing their jobs through restructuring, and I thought that could be a good background for my central character. I made Rebecca Wilding an archaeologist, as I’m always intrigued how history is written by the teller, and that, apart from facts, there is so much scope for interpretation. I wanted a character who finds it a lot easier to unravel the secrets of the past than she does the secrets she and her husband are keeping from each other in their own lives. I also wanted to look at love in a long term relationship. How hard – even impossible – it is to stop loving someone, no matter what they do. 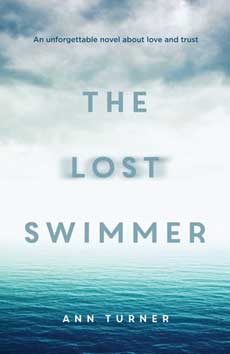 You feature the sense of ‘ feeling adrift’ in both marriage and life. The cover and the fact the husband goes missing when swimming reflects this nicely. How did you want to capture it?

I absolutely adore the cover. When my wonderful publisher Simon & Schuster showed it to me I was over the moon, because it captured everything I wanted. That sense of vastness and mystery in the sea, its beauty – and its danger. In Australia, like Britain, we’re surrounded by ocean, and I think that makes the sea play a very special role in our lives. It’s ever-present, a place of such freedom, especially in summer, but there’s always the threat from it. And you put it so well, Susan, when you mention the feeling of the characters being adrift in both marriage and life. I wanted the sea in the novel to echo and reinforce this – and for it to become a character in itself. The sea that changes colour from sapphire to acqa to deep indigo blue as we travel around the world; a place of pleasure, risk, and vulnerability. We are all so small against the ocean, and there are so many secrets the ocean holds of its own.

Where would you recommend we visit – a location in your novel?

The Amalfi Coast in Italy – it’s such a spectacularly beautiful place, with its indigo sea and the scent of lemons in the air. Just be careful if you go swimming! And Anglesea in Victoria, with its wide, sandy beaches, long lazy summers, and kangaroos roaming the streets. And if you’re a golfer, you can play amongst the roos, who love the short, sweet grass of the greens, although it takes a bit of concentration as you hit up.

What’s your book about in three words?

The incident with the kangaroo. Do they really do this?

Yes, they can attack dogs and humans, particularly if they’re protecting their young. There are many incidents where kangaroos are very fierce with dogs, and because the roos have long, sharp claws and strong hind legs, they can cause a lot of damage. There have also been occasions where kangaroos can get obsessed with a person, like a stalker, and become very territorial. When this happens they attack. There are people in Australia with broken ribs from kangaroos that took a dislike to them, often in their actual home grounds. A territorial dispute, so to speak. But generally, I should add, kangaroos and humans exist peacefully side-by-side.

I live in Melbourne in Victoria, but I was born and raised in Adelaide, South Australia. In Adelaide as I was growing up, children would disappear, plucked off the beach or at football ovals, to tragically never be seen again. This made a deep impression on me, and this fear and insecurity, the darkness that lurks beneath bright and beautiful settings, is never far away from my writing.

At a dinner party of 4 fictional characters who would you like to invite and why?

Scout in Harper Lee’s To Kill a Mockingbird, because I love her view of the world and the way she comes to terms with it; Margaret Schlegel in E.M. Forster’s Howard’s End, for her grace, conscience and ethics; F. Scott Fitzgerald’s Jay Gatsby, to talk about love and aspiration, the pitfalls lurking within – and I’d ask him to provide the venue; Lisa Scottoline’s Mary DiNunzio, because if anything happened, I think she’d be able to get us out of it – somehow.

What do you like to do when not reading or writing?

I love to take long walks along the beach and in the bush at Anglesea and Point Roadknight, to garden at my home in Melbourne, where I’m particularly fond of hydrangeas and roses in summer, and camellias in winter, and to travel around Australia and the world. Because we’re so far away from the rest of the world, I do like to get over to Britain, Europe and North America regularly. I particularly like visiting art galleries and walking around streets looking at the architecture in other cities, and sitting in cafes tasting different wines and food, and visiting as many beaches as possible.

Well, the fact we’re sitting on a beach means that Ann will probably stay here for the rest of the day. I want to take a swim but am strangely reluctant to do so. This is Ann Turner sitting next to me and I know what she’s thinking of when looking out to see and watching the swimmers…..Think I’ll leave that one for another day. Think I’ll stay on safe ground. Fancy another ice cream Ann?