Sail away on Wilder Seas with Nikki Marmery

A BookTrail across Wilder Seas with Nikki Marmery

Sail away on Wilder Seas with Nikki Marmery – On Wilder Seas is the story of Maria, who sailed on the Golden Hind for eight months during Sir Francis Drake’s circumnavigation voyage 1577-1580.

As Drake’s secret mission takes the ship into the far north, Maria, an escaped slave, makes a bid for true freedom.

On Wilder Seas centres Maria in her own story for the first time and shines a new light on Drake’s famous voyage.

Welcome Nikki here today to take us on the journey in the book….. 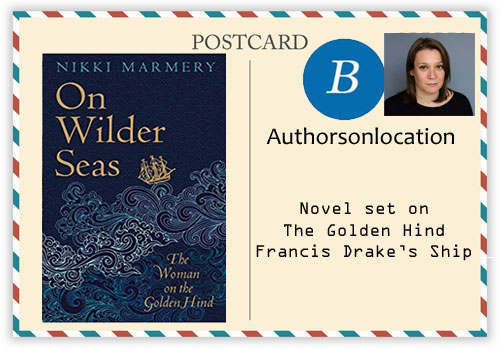 On Wilder Seas opens in early 1579 at the Fair of the Manila Galleons in Acapulco. The fair took place annually when the fleet arrived from Spain’s colonies in the Far East, drawing merchants from across the New World to trade the silks, porcelains and spices of the Orient. With one such merchant ship from Lima, comes Maria, an enslaved African woman.

Maria describes Acapulco when it was little more than a rustic fisherman’s village: the crude huts of wood, mud and straw; the laden mules starting out on the long road back to Mexico City; the fields of hemp surrounding the town and the mountains above it, reflecting the fierce heat of the sun. As the fair packs up and the merchants depart, so too does Maria, bound to return to Lima – though she will never reach it.

The modern city of Acapulco bears little resemblance to the village of 1579, but to follow Maria’s footsteps, you could head to the Historical Museum in the Fort of San Diego to learn about the Manila Galleon trade, which sailed between Mexico and the Philippines for over 250 years. 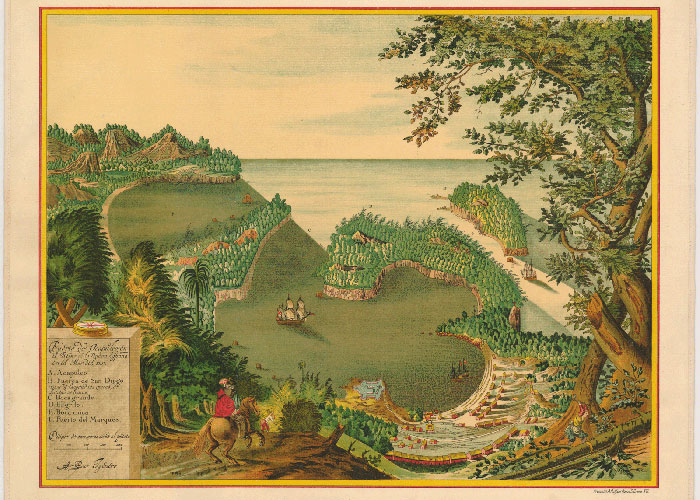 On the way to Lima, the ship carrying Maria is raided by the English explorer Francis Drake, travelling north on his circumnavigation voyage. He takes food, porcelain and treasure – and Maria. Continuing north, the first port they come to is Guatulco. Here, Maria watches the English raid the town. This reminds her of the attack on her own village in West Africa, eleven years earlier.

The sailors ransack the church, destroying its crucifix and stealing the vestments, church bell, and other valuables; they kidnap the mayor and vicar of Guatulco, whom they humiliate and terrorise back on their ship.

In 1587, Guatulco was attacked by another English circumnavigator – Thomas Cavendish, who burned the church to the ground.

Modern-day Huatulco is a tourist resort of nine white-sand bays. Cruise ships dock at the port ransacked by Drake and Cavendish. But one small reminder of its past remains: in the Chapel of Santa Cruz is a crucifix made from the remnants of the Holy Cross of Huatulco, which stood for centuries on the beach of Santa Cruz, and which Cavendish tried and failed to destroy in 1587. 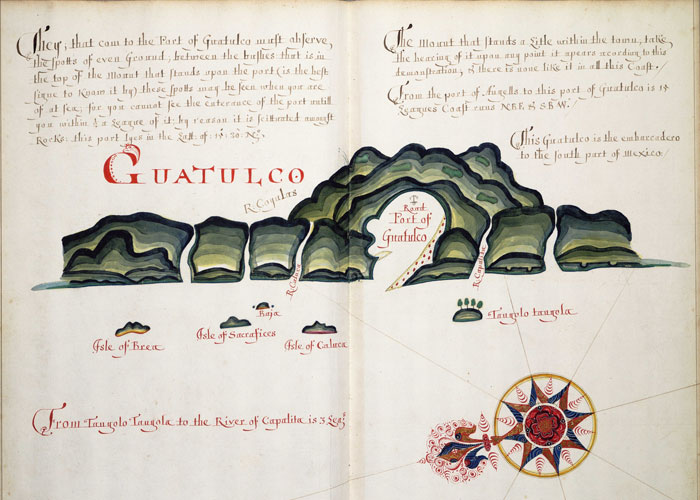 Guatulco, in an English translation of a Spanish pilot’s guide, 1685 (c) Wikipedia

In June 1579, Francis Drake established Nova Albion, the first English colony in the Americas. For five weeks, he and his crew, including Maria, lived alongside the native people here. But where was it? When Drake returned home his logbook and all records were confiscated. The Queen did not want the Spaniards to learn how far north Drake had sailed, nor that he had been seeking the Northwest Passage. This would have given the English a short-cut above America to challenge Spain’s New World colonies on the Pacific coast.

The first account of Drake’s voyage, published in 1589, located Nova Albion at 38°N – where Drake’s Bay in California is now. But eye-witnesses said it was much further north . Cartographers who knew Drake made maps and placed Nova Albion between 44°-48°N: between Oregon and British Columbia.

In my novel, I located the colony in Coast Salish territory, on or near Vancouver Island. The mystery gave me the freedom to fictionalise more fully what happened here, which led to my suggestion of a far more shocking end to the colony that the sources suggest. The events are seen solely from Maria’s point of view, which is very different to that of the English colonisers.

So, if you’re seeking Nova Albion, don’t visit Drake’s Bay in California! Head to Canada. Visit a cultural centre managed by First Nations people, such as the Quw’utsun’ Cultural and Conference Centre in Vancouver Island. 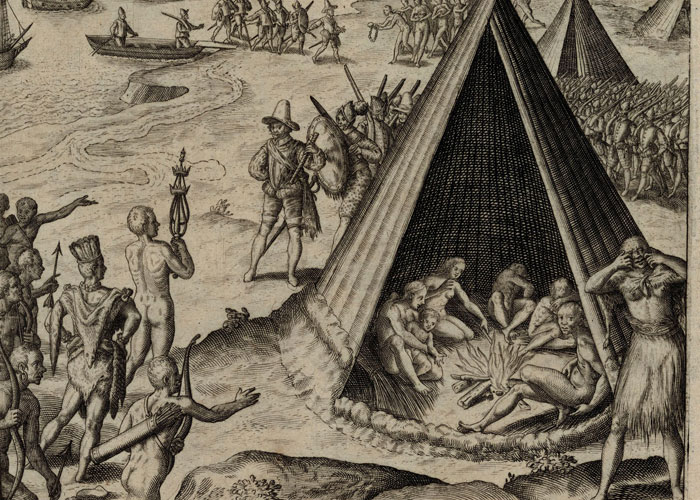 The historical Maria was abandoned, heavily pregnant, on an island 1°40’ south of the equator, east of Sulawesi. “The whole Iland is a through growne wood, the trees for the most part of large and high stature, very straight and cleane without bowes save onely in the very top,” reads The World Encompassed, the 1628 account of the voyage. “Among these trees, night by night, did shew themselves an infinite swarme of fierie-seeming wormes flying in the aire, whose bodies did make a shew, and give such light as if every twigge on every tree had been a lighted candle.” 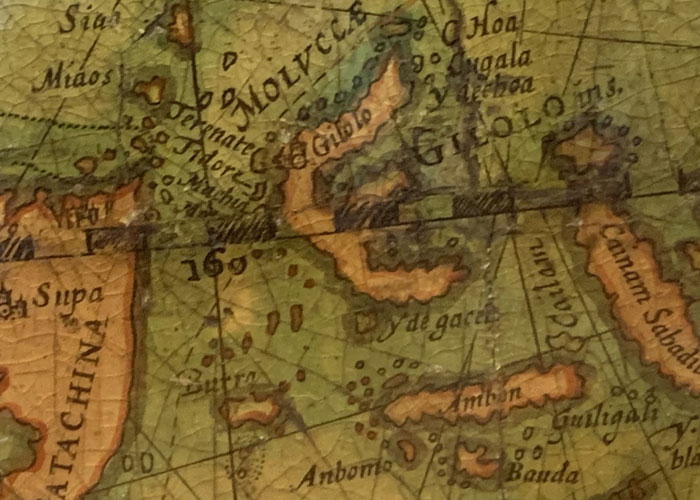 The region of Crab Island in the East Indies as shown on the 1603 Molyneux Globe at Middle Temple in London. The dotted line shows the track of Drake’s voyage. (C) Nikki Marmery

In a manuscript at the British Library, an unknown witness names this island after Maria, before crossing out her name and calling it ‘the Ile of Crabs’ after the large and numerous crayfish that populated the island.

Crab Island is where Maria’s journey comes to an end. Or does it? Read On Wilder Seas for my take on Maria’s fate.