A setting of calm with Stephanie Lam

Unfrazzle your mind and your reading

Stephanie Lam is the author of Castaway House, the novel set in the huge and dilapidated manor called Castaway House near Helmstone (fictional but somewhere near Brighton). It’s a novel that takes you inside a boarding home with secrets.

It’s a great setting to loose yourself in right now. A house with few inhabitants so plenty of space for self-isolation. The novel also has a dual time line so characters are even separated by years 😉 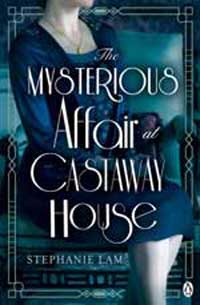 What’s more, a huge house with wooden corridors close to the seaside. Imagine the fresh salty air, the rural location, the contrast of the sunny outside and the dark secrets within. What better place to escape to for Rosie who is escaping a secret and goes to Castaway to hide away? A carving in a wall, a cryptic note beside a drawing and a curious new arrival set to investigate it all. Then there’s Robert who goes there to stay with his eccentric cousin and his rather unconventional marriage.

The location might have been the inspiration for Helmstone in the novel but it is also where the author calls home herself and where, an incident occured which changed her life dramatically. She was on her way to the Brighton Festival where she was about to do a reading for this, her debut novel. Not long after, a crisis took over her life in every other way. She stopped writing, she felt stressed and her normal level of calm and ability to immerse herself into stories fell apart.

A new landscape of loneliness

From an excited debut author, Stephanie found herself ‘thrown into a wilderness : a desert landscape with no signposts to show the way.” This new direction in life showed her how she had to find a way to cope, a new way to live and therefore a new landscape to live in. She needed a route to true calm and a nurturing space – just like the ones the characters in her novel had sought. Harder in real life though – at least as an author you can write your characters’ destinies. Writing your own would be so much harder…. 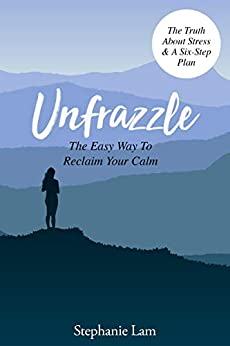 The new destination was a new book. Not a novel this time but one which would help her to see what she had achieved. A journey not that her characters would take, but her own…

The journey starts from an interesting place. It was her job in an Immigration Removal Centre and her role as magazine columnist for Breathe ( a publication of articles on mindfulness and appreciating the every day), where she learned to take a step back in life and appreciate where she was and what she had. Working with people in ‘detention’ helped her to see how they coped with stress and unexpected changes in life and she wrote a book inspired by what one of the residents said

“Whatever helps people in detention to get by will help everyone.”

I don’t think there is any better time to take a look at this book. The setting within this book is one of calm, inner peace and a sense that one day, everything will be better. 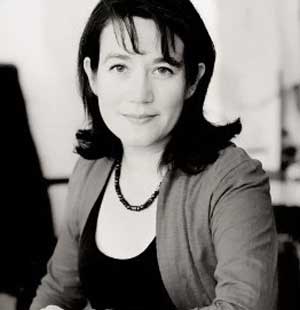 So how do you unfrazzle?

The book contains quizzes, exercises, personal stories and tips so you can take your mind to a calmer place. No one is born this way says Stephanie. Stress affects the brain in so many ways. Have you been able to concentrate since this whole Corona virus thing started? While this book was written well before this current state of affairs, I don’t think there’s many better books out there to help you switch off. The author offers her own stories, stories and snippets of wisdom from the men and women detained in the Immigration Centre. She remembers the articles and research she’s done for Breathe Magazine.

An author who created a vivid and immersive setting for her characters in Castaway has now written about her own journey and destination.  She calls the idea for the book her turning point in life.

They say write about what you know. Whilst that isn’t always true, and why should it be, there’s a very poignant book and author journey to come out of it.

Destination is important but in some books, it’s the journey that makes the story.