#Authorsonlocation: Into the Norwegian woods with Thomas Enger 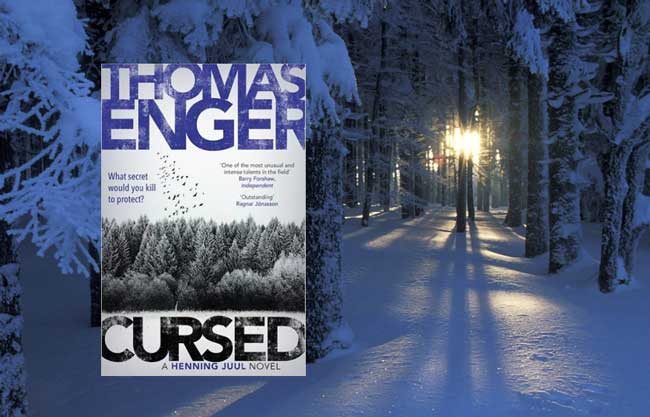 Hi Thomas. Sooo pleased having you on the Booktrail today. A Norwegian Literary King indeed…A few questions for you Your Royal Literary Highness, for your loyal subjects?

Booktrail Cursed here – and see the locations in the novel

I’m an Oslo resident myself, and I have spent a few nice evenings in the huge house depicted in Åsgårdstrand, as my sister-in-law used to live there.  I spent years writing stories about places I had never been to, cities I had never lived in. So when the idea for Henning Juul popped into my head, I decided that I wanted his life to be quite close to my own, so that’s the main reason why he lives in Grünerløkka, where I live, and why he works in an online newspaper, which I used to do. I find it a lot easier to write about things or places that I know a little bit about.

Most Norwegian woods are pretty much the same, so it wasn’t a specific one that was the inspiration for the woods scene in the beginning or for the woods outside the Hellberg family’s summer house estate. I grew up quite close to the forest as well, so it was just a matter of trying to remember the feeling of what it was like to be out there all alone.

If you take the tram to Sognsvann, for instance, then you have the whole of Nordmarka at your feet, with endless tracks to walk whether it’s winter or summer.

I’ve been interested in the Second World War since God knows when. I studied history at University level, so I knew quite a bit about the backstory before I started to write the novel. I didn’t have to do a lot of research, to be honest.

I’m actually having a hard time defining what Nordic Noir really means. It certainly isn’t something I’m conscious about when I’m writing; I just write the stories I want to write. Being a Scandinavian I guess that’s why I’m labelled as a ScandiCrime/Nordic Noir writer, but I like to think of my novels as novels, stories with a crime mystery at heart that hopefully will take the reader on for a ride. 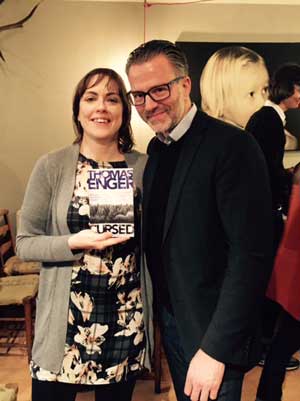 How does your former journalism career mix with what you do now?

It doesn’t really mix at all, as I work full time as a writer. But one thing being a journalist has taught me, though, which I find very useful in my daily routine – I have no problems working with deadlines looming over my head, which also means that I pretty much can work anywhere, as long as I have my headphones with me so I can block out all the other sounds. I’m used to working in a hectic environment.

What is next for Henning Juul?

Next up is the fifth and final novel in the Henning Juul series. It’s called KILLED, and it will be released in February 2018.

I would love to visit the Ystad area in the south of Sweden, where the Henning Mankell novels take place. I know it from the TV series, and it looks exactly like my favourite kind of landscape; large, open fields. Small, narrow roads. Not to mention the closeness to the sea. I’m a sea person. I love the open vastness and the endless horizons.

With many thanks to the lovely Thomas!