Have you ever seen a Magpie Tree?

Here’s the author Katherine Stansfield to tell you about her Cornish-set tale: 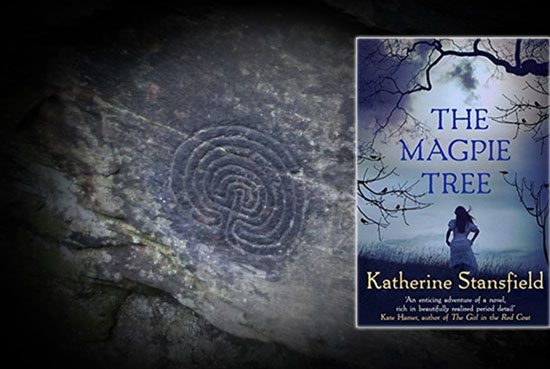 Jamaica Inn, 1844, the talk is of witches…wow this is quite a blurb! What made you want to write this story?

I’ve wanted to write it for a long time – years, in fact! When I was a teenager I came across a folk story about a mysterious pair of women who move into a wooded valley on the north Cornish coast. None of the locals know who the women are, where they come from or why they’ve moved there. Both women meet a sad end but not before lots of strange things disturb the woods. That question, why were they there, has been with me ever since I first learned of the story. When my detective duo, Shilly and Anna, needed a new case following Falling Creatures, I knew this would be it. Writing The Magpie Tree let me make up my own tale of these mysterious women, and draw on other legends of the local area.

People don’t know much about the part of north Cornwall where the Cornish Mysteries series is set and I love being able to share these places and their histories with new audiences. It’s become my mission to spread the word about how interesting north Cornwall is – there’s a lot more to the county than Poldark! Real places are what get my ideas moving. Everything starts with place for me. Even if I haven’t been there yet, once I start to picture it, the story builds. 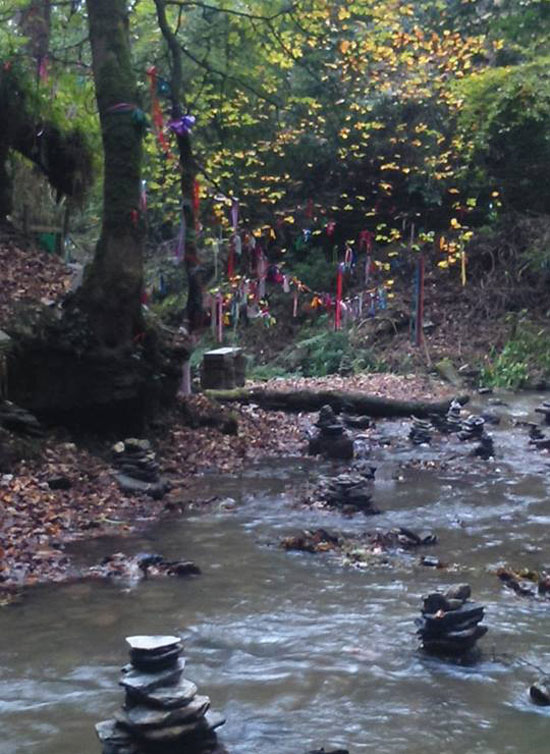 Why do you love Cornwall and Jamaica Inn?

I grew up in Cornwall, and though I’ve now lived in Wales for almost as long as I lived there, for some reason I just can’t seem to stop writing about it. Ironically, I now know a lot more about its history than when I actually lived there. I sometimes wonder if it’s a kind of homesickness that drives me to research and write – a way to stay connected, perhaps. Jamaica Inn was made famous by Daphne du Maurier’s novel of smuggling that was set there, but it’s a real place, a useful landmark on the openness of Bodmin Moor not far from where I grew up. I’ve never been particularly moved by the real Jamaica Inn, but I love the novel and thought it would be a good place to openThe Magpie Tree, a kind of ‘jumping off’ point from du Maurier’s story. It’s hard to write about north Cornwall and not be in some kind of dialogue with du Maurier so I thought I might as well embrace it! 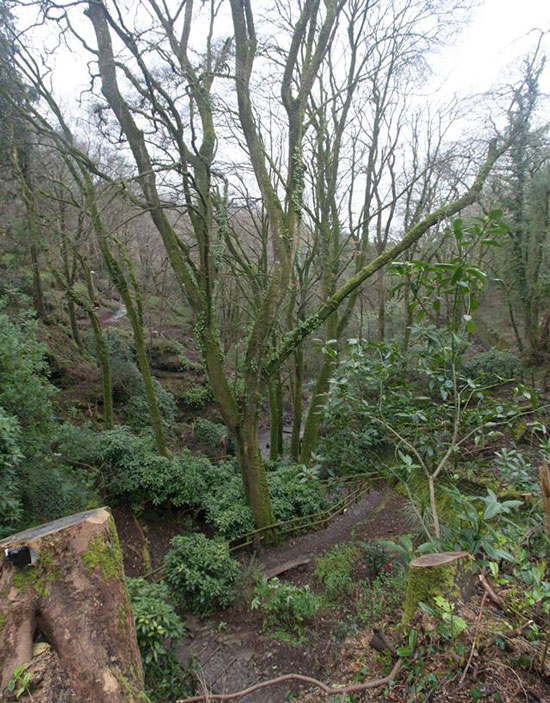 A lot of reading and a lot of walking. I started with the legend of the two women that I’d first read as a teenager (which was in another book by Daphne du Maurier, funnily enough!) and then followed up all the other sources that mention it. I knew the book would be set in 1844 as it takes place right after Falling Creatures finishes, so I explored some generalist sources about the local area at that time: Victorian guides to the vicinity, parish records. I wasn’t looking for anything in particular with this reading, just getting my eye in, rolling around in people and places and the events of the time. It’s useful to be open to what you might stumble on. In contrast, I decided quite early on that there would be a quarry in the woods, which is a fiction – there’s nothing like that in Trethevy, where the book is set, but there are slate workings all around that coast so it fits geologically if not literally. It made sense for the story, giving the woods a centre-point to stop them becoming completely unnavigable (for me and the characters!). I then had to do some reading about local slate quarrying so that was much more specific research – nuts and bolts of tools, processes. I really enjoy that as long as it’s restricted in some way so it doesn’t feel unmanageable. Alongside this reading I studied some maps – contemporary OS maps plus tithe maps from the period – and then went to Trethevy woods several times and just wandered around. I didn’t make any notes or take photos. I just walked and smelled the air and touched the trees, trusting that my brain was taking it all in, storing it up for later use. I’m a big believer in letting the subconscious do some of the heavy lifting in a novel. 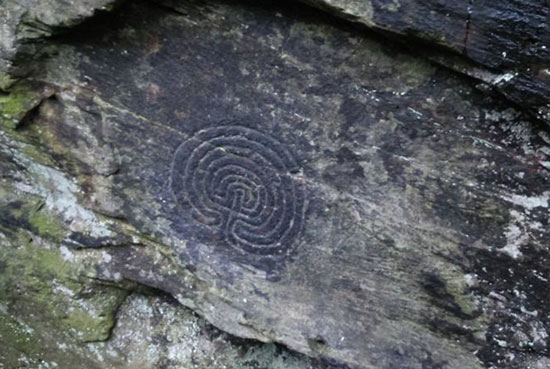 The Magpie Tree is a crime novel – Shilly and Anna go to the woods to investigate the disappearance of a child and then get drawn into a murder case. In that sense the story is one of mystery and intrigue, with plenty of twists and turns and red herrings. But beneath that, the book’s about how we treat strangers – the women who move into the woods are strangers there, but so are Shilly and Anna when they arrive to investigate, and they’re still strangers to each other in many ways, still trying to work out whether they can have a relationship. They each need something from the other but they don’t like to admit it. So the book’s about embracing the unknown, too. Letting it into your life.

By making sure that characters move around and physically interact with their environment, whether that be the woods, a boat, a kitchen. This is sometimes called point of view investment: the guiding viewpoint touches things, falls over them. When describing a setting it’s easy to lapse into static description as if the viewpoint is just a camera lens rather than a person. If you make a character pick up a rock rather than only look at it, you’re putting the reader much closer to the character’s sensory perception of that rock.

Without wishing to give too much away, I found some amazing things in the Museum of Witchcraft and Magic in Boscastle, which is close to Trethevy. It’s always been one of my favourite museums – a treasure trove of information and objects – and learning about one of the practices of the Boscastle Witches directly inspired an event in the plot. But you’ll need to read it to find out what . . .

Your novel is heavily focused on legend and myth – what other legends do you like, believe in etc?

I’ve long been fascinated by the mythology surrounding early Christian saints, partly because their holy wells are everywhere in Cornwall so you can’t miss them! The origin of these mystical figures was probably Irish missionaries who came to Cornwall in the 4th and 5th centuries. They’re reputed to have performed miracles, including healing various ailments, and became synonymous with individual places that are said to be the sites of their power; the woods of Trethevy are known today as St Nectan’s Glen and many people believe there’s a spiritual aspect to the place. If you visit, you find all sorts of ‘offerings’ tied to trees, piled up on stones.

Anna is quite a character. Back in the 1800s this kind of woman must have been very rare

In some ways it’s hard to know if she would have been rare. She’s an imposter in all sorts of ways, and the thing about talented imposters is they don’t tend to get ‘unmasked’! So women who were very good at shape-shifting – physically and economically – could be harder to detect in the annals of history. In terms of her detective ambitions, women were late to join the force in Britain, but, interestingly, female detectives appeared in fiction before they got their official badges in real life. I’ve loved researching early female fictional sleuths such as Loveday Brooke. 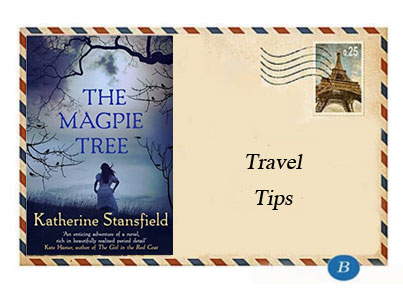 Tips about visiting the locations in your novel?

If you’re venturing into the woods of Trethevy it’s a good idea to wear wellies! It can be very muddy, and slippery too. But it’s worth the walk to get to the waterfall and see all the offerings to St Nectan left there. You can have a well-earned cup of tea at the café too. On the way back, follow the river to the sea and you’ll walk through the Rocky Valley: a dramatic slice through the cliffs. Look out for the famous carvings of ‘mazes’ or labyrinths on the granite there. I wanted to work them into the plot somehow but didn’t quite manage it. Perhaps in a future book . . .

Many thanks Katherine! A wonderfully gothic visit to Cornwall!