A journey to the Highlands today with the lovely Su Bristow, author of Sealskin. Reading her novel which pays homage to the mysterious Selkie myth or legend depending on what and who you believe… 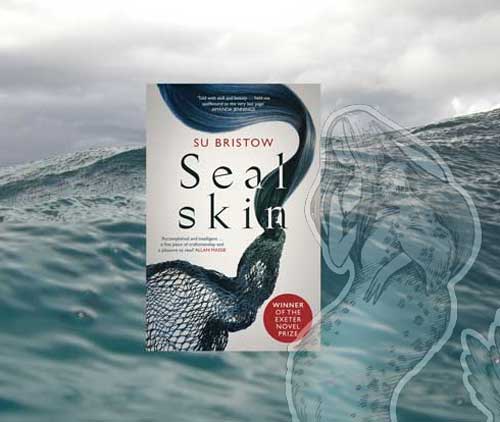 Sitting on a rock beside the flowing waters of a Hebridean town, Su and I are sitting hoping that a selkie may appear. This is where the novel is set and even if you’ve never been to the Hebrides yourself, you will be able to sense the landscape and feel the wind, hear the sea as you read. It’s that evocative and cleverly written.

Where and when did your first here of the story of the Selkies and the one which inspired your story?

I don’t remember when I first heard it! Probably in a book of Scottish folklore when I was a child. The version I’ve used for Sealskin has always been the one that spoke most strongly to me. 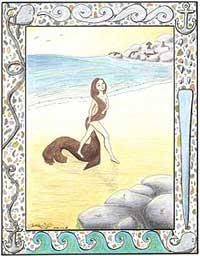 Can you tell us more about the legend itself?

There are lots of variations all around the west and north coasts of Scotland, on the northern Irish coast, and in Iceland and Scandinavia too. Usually, selkies are gentle folk, unlike most mythical beings who can be anything from mischievous to malevolent! And the stories are always sad; humans fall in love with selkies when they see them, but the selkie would always choose to go back to the sea in the end.

How did you research the story and legend?

I’ve visited the highlands and islands of Scotland many times, so I had a sense of the landscape, the people and something of the history. The legend I already knew. When I read ‘Women who run with the Wolves’ by Clarissa Pinkola Estes, the section about selkies – ‘Sealskin Soulskin’, I think it’s called – really made me think about it afresh.

But the impetus to begin writing Sealskin started when I began to wonder about the fisherman’s point of view. It’s such a deeply wrong way to start a relationship! Obviously, it could never lead to a loving marriage. But what if he really loved her, and regretted what he’d done? What if, in trying to make amends, he became a good husband and father? And there was the seed of a new story. 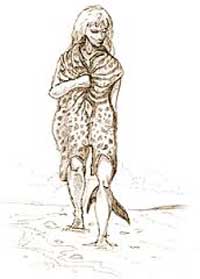 The importance of setting..

The setting is one of the major characters. Always, the weather, the tide, the time of the moon and the time of year are factors in how the story develops. And the tension between Donald’s love and intimate knowledge of the country around, and the sea, which has given him nothing but grief until the coming of Mairhi, is at the core of the story.

Did you visit the locations you write about to get a sense of the world and atmosphere around you?

I’d been there in the past, and I stayed with friends on Skye a couple of years ago, when the story was already partly written.

Where can we go to find out more about Selkies?

Google is a treasurehouse, as ever. There’s a site called orkneyjar.com which is particularly good.

Do you own anything with a Selkie on?

The trouble with selkies is they’re either seals or people, unlike mermaids and other mythical beings. A friend gave me a card with St.Cuthbert sings to the Seals, by Colin Smithson. Here’s a link to some beautiful film of seals playing underwater

There have been a number of films using the legend in recent years: Song of the Sea is one of the best. And if you google ‘selkie’ you’ll find heaps of pictures. I went with my daughter to the Seal Sanctuary at Gweek in Cornwall, and I gave Rosie a little seal. It is called Selkie and I have it still!

Thank you so much Su. We may not have seen a selkie for real today but I know a whole lot more about them. You can sense them around you when you read Sealskin can’t you. Wait…what’s that over there in the water?…….