Very excited today as I’m only sitting in a police car with two pieces of cake on my knee waiting to chat with Peter James. We’re on a mission – research for his next book. I ask if we can put the blue flashing lights on  but the officer driving turns round and just looks at me, shaking his head.Feeling disappointed, I ask when we can start out chat. The officer then reaches forward to get something from the glove box and it’s then I see the gun. ‘Fire away’ says Peter. I duck, they both laugh, and if there was ever any ice it would have been well and truly broken. 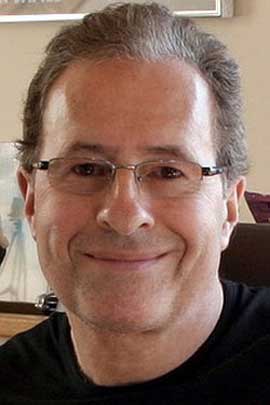 The 12th book in the Roy Grace series is coming out in May. Did you ever think when you were writing book one that Roy Grace would still be around 12 books later?

My publisher Pan Macmillan asked me, in 2001 if I was interested in creating a new fictional detective, and I was given a 2 book contract. I didn’t know if the books would be successful or not, so in ‘Dead Simple’ I planned to set up the mystery of Roy Grace’s missing wife Sandy, and then solve it in the second book ‘Looking Good Dead’.  I was completely taken by surprise with the enthusiastic response by my readers to the Sandy mystery and was deluged with speculations as to what might have happened to her.  Once my publishers asked me to continue the series within weeks of Dead Simple being published, I thought it would be fun to keep the Sandy missing wife back story ongoing.

Love you Dead is about a woman who cons men out of money before killing them. There have been many publicised cases of these so called black widows yet we always fear men as criminals more. What kind of research did you do for this novel?

My research took me on a journey through the world of internet dating, into the complexities of the Financial Crimes Units of the City of London Police and of Sussex Police, into the Proceeds of Crime legislation which has had a devastatingly effective impact on the criminal world, giving the Police far-reaching new powers to seize the assets of criminals.  Prior to this legislation a criminal could make a calculated judgment on risk and reward, emerging from a long prison sentence to tax free riches.  But no longer.

In the course of researching how to obtain a false identity, I had an entertaining, if bizarre lunch, with a former banknote, driving licence and passport forger, Dave Henty and the man who arrested him, a detective called Graham Bartlett, who rose through the ranks to become Commander of Brighton and Hove Police – and with whom I am now close friends. 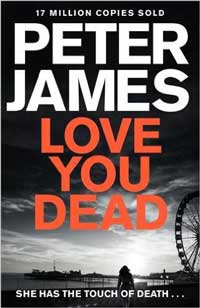 Graham arrested Henty back in the mid 1990s, when Henty was on the verge of making a fortune out of forged passports, destroying his plans and putting him inside on a long jail term.  Henty, a talented artist, now out of jail and making a living out of forging (openly) the works of famous painters, invited us for lunch.  The last time he had seen Bartlett was when Graham, then a Detective Inspector, had burst through the front door of his grand Brighton home with a team of police officers, to catch him red-handed with an entire passport production line.  But instead of Henty holding any grudge, he greeted Graham warmly, saying, ‘Hello mate, how you doing?’  A true, old school villain with respect for the police and the understanding that crime was a game.  Over lunch he told us how, thanks to the Proceeds of Crime Act, he’d been left almost penniless after all his ill-gotten gains had ultimately been seized.  But he was philosophical about it, and had gone on to use his talents to reinvent himself as a talented copier of paintings. I’m often asked if I ever get scared during my research.  The answer is a resounding yes!  I’m scared by a lot of ordinary things that affect many of us.  I’m deeply claustrophobic, I have a fear of heights; and I’m really not comfortable around spiders, creepy crawlies in general, or snakes.  Researching for this novel I did two things I never, ever thought I would – I held a live scorpion in the palm of my hand, and I had a fifteen-foot boa-constrictor wrapped around my body.

Another part of my research scared me in a very different way.  I have a character in the book who makes a car bomb.  I spent a morning with an explosives expert who actually made a miniature one for me, and detonated it in front of my eyes – but fortunately at a safe distance!  The scary thing is that anyone can buy all the materials they need, for what can be used as a terrorist bomb, from just three high-street retail outlets – an aquarium supplier, an art shop and an electrical goods store.

Other areas of my research led me to skiing in Courchevel, a much more pleasant experience, in search of a location where Jodie could lead her latest lover to his death, over a precipice.  And then into the world of Undercover Operatives.

Where would you and Roy go for a drink in Brighton? Is he the kind of person you would socialise with?

Yes, he is absolutely my kind of person – and there is a huge amount of me in him, although he is a lot braver than I am! In the day time I’d either go to the Hove Deep Sea Anglers Club or to a country pub like the Ginger Fox. In the evening I’d go with him to Bohemia in The lanes. 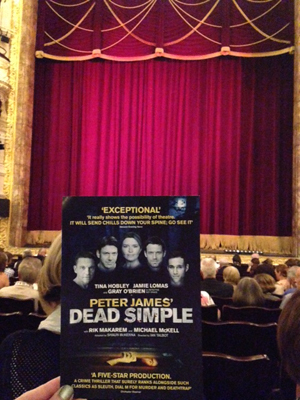 Your book Dead Simple  enjoyed a really successful run on the stage! How does it feel to see your book come to life like this? I’ve seen it and it’s fantastic! Very creepy and sinister.

Dead Simple had a fantastic run last year on a 26wk tour.  This year the play of my novella ‘The Perfect Murder’ has been touring for 9 weeks and is doing fantastically with Shane and Jessie as the leads, the audiences are really great and it has been a sell-out in the venues so far.. I have hugely enjoyed getting involved in theatre.  It has always been a dream of mine to see something I have written appear on the stage. For me, it’s a magical experience. I’ve had 3 of my books adapted for television and I’ve never been happy with those adaptations. But the stage adaptations of The Perfect Murder and Dead Simple have been just brilliant, I love watching the audience, as much as I love watching the play. Every time is different. I’m working with my co-producer Josh Andrews, director Ian Talbot and Shaun Mckenna who adapted both plays for the stage, to bring another of the Roy Grace series to the stage in 2017 as we speak!

You novels would translate well to the big screen. I’d like to see The House on Cold Hill. Was this based on a real place? I’d also love to see Not Dead Yet about obsession and stalking. Which would you like to see on screen?

Thank you! Yes, The House On Cold Hill is very much inspired by – and modeled on – an isolated historic house in Sussex that my former wife and I bought in 1989, and lived in for a decade – which turned out to be very seriously haunted.  Whilst I have never actually seen a ghost, there were things that happened at that house I really couldn’t explain. I saw on many occasions, tiny pinpricks of white light floating in the air.  A medium who I used a lot during my writing of Possession, visited my house and she told me I was slightly psychic, and that is why I saw these pinpricks, and that while I was not actually seeing the entire apparition, I was picking up on some of its energy.

I’d like to see Dead Simple of the big screen first of all as I think it would work really well, but I’m hopeful that we will see the entire Roy Grace series on TV screens in the not too distant future!

With that the blue lights started up – Yeah – and the car whizzed off. So part two of this little chat will have to wait…