The other side of the Glitz – with Michael Grothaus

For a man who once worked in Hollywood, Michael Grothaus is a very unstarry person. No champagne or posh cream cakes for our chat today.No, he’s a wine and cheese man apparently so I have a fine cheese board on the table in front of me, a bottle of the best French wine (to remind him of the French inspiration in his novel) when in walks the man himself. I have been tipped off however that the man loves talking about icecream and that he sees dead people…how intriguing….I need to find out more.. 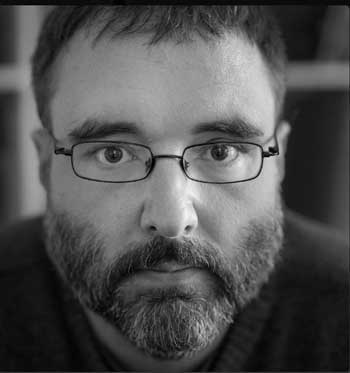 Your novel explores some very dark and dangerous topics. What led you to include such tricky topics in a novel?

In my early 20s I think I was like most people: unaware that slavery still exists across the world. That began to change after I worked for a major Hollywood studio at the Cannes Film Festival one year. I had a degree in film and wrote and directed children’s films when I got the bigger gig at the festival. So I went there all star struck and went to red carpet events and met some of the world’s biggest stars and the players behind Hollywood. It was amazing. But at some of the after parties you start noticing some things that were a bit…off.

After leaving the festival I started putting two and two together and began researching sex trafficking and discovered how big a problem it is across the world. By that time too, I had grown sick of how obsessed our culture had become with sex and celebrity, so I combined those two things—sex trafficking and our obsession with celebrity—into a story that could take a look into the dark heart of Hollywood and also examine our preoccupation with celebrity.

What message do you think your novel carries and what do you hope a reader gains from it?

You know, I don’t ever write with a message in mind, really. I don’t like preaching and I don’t think readers like being preached to. I write because I have a story I want to read about and no one else is writing it. I’m also a big believer in the “death of the author” where the points or messages of the story are formulated by the reader themselves. But as a reader of my book, I would say the messages I found in it are how silly our celebrity-obsessed society is when there are actually very real problems in the world that should be garnering our attention, and our media’s attention, instead of the stories that seem to make up 90% of the headlines, such as who is dating who or what two pop stars are squabbling about on Twitter this week.

You’ve worked in many various fields. But has your journalist background been helpful in helping you to research or find out about this topics?

That’s a question I get asked a lot. While I’m sure my journalism background hasn’t hurt my ability to do research I wouldn’t say it’s given me a leg up over non-journalist novelists. I think what’s helped me the most with writing the book and being a novelist is that I’m a pretty keen observer of things. I’ve never read a good novelist who wasn’t a good observer. Research only gets you so far. 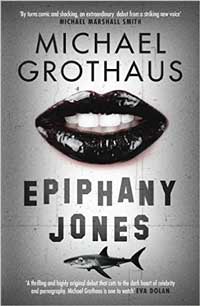 How did the themes of sex trafficking affect you when writing? Do you think people readily think about the full story when reading about this issue?

At first researching sex trafficking was this abstract thing I was disassociated from. There’s terrific World Health Organization reports by trafficking experts who do a wonderful job explaining the problem, but simply reading those reports relegates the subject to an intellectual exercise. When I started going into the field and interviewing people in the trade, that’s when it became truly disturbing for me. It’s also a reason some of the sex scenes in the book are so raw and in your face. Rape in real life isn’t sugarcoated for the victims; I didn’t want to sugarcoat the sex attacks in the novel.

As for whether I think people readily think about the full story when reading about sex trafficking: absolutely not. I didn’t at first. And most people wouldn’t believe the full story anyway (i.e.: who is all involved; how far trafficking goes).

Which writers or novels have inspired you?

A bunch of dead ones: Hemmingway for virtually any book he wrote; Fitzgerald for Gatsby; Hermann Hesse for The Glass Bead Game, Demian, Steppenwolf, and Siddhartha; Proust; and tons of Russians: Tolstoy, Dostoevsky, Nabokov for Lolita, Bulgakov for The Master and Margarita. As for someone who is still alive: Alex Garland for The Beach. It’s a shame he’s not writing novels anymore. 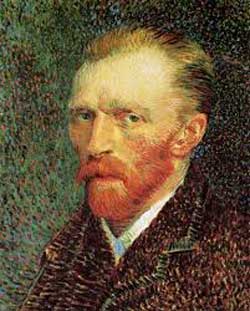 If this novel were a painting, which painting would it be?

I’d have to say Vincent van Gogh’s Self-Portrait, 1887 that hangs in the Art Institute of Chicago, where I used to work. It’s the painting that is the basis for the fictional van Gogh painting featured in EPIPHANY JONES.

Your novel certainly is darkly humorous. Do you think your humorous side in the book allows you to get the message across in a more effective way?

Yeah. I mean, besides being a novel about sex trafficking, EPIPHANY JONES is a satire on our celebrity-obsessed society. Satire lends itself to humor. But also the humor was critical because of the nature of the protagonist, Jerry Dresden. To put it mildly, Jerry has a lot of mental problems in the beginning of the book. He is not someone you would want to hang out with in real life—at least not at first. I knew he needed to be funny so he could at least be entertaining to the reader; so they would stick with him long enough to see past his flaws and eventually discover why he is the way he is. And by that time readers usually fall in love with Jerry. But they wouldn’t have stuck around to that point if Jerry wasn’t funny.

Why do you think we are fascinated with the celebrity world?

Because the lives of celebrities that are reported in the press have an aspirational pull over us. We think that one day we could be just as beautiful or rich or have as exciting lives as them. But all that’s really possible is living vicariously through them. Not to mention the media reports on them as if they actually matter any more than “normal” people do. This impresses on us that celebrities are higher beings, in a way. They’re the modern day equivalent of Greek gods.

What kind of music do you enjoy listening to?

Anything that is acoustic. I also like alternative and jazz.

Can you tell us an interesting fact about your hometown?

Which other writers would you like to get around a table and have a pint with?

Hemmingway, Fitzgerald, Hesse, and Tolstoy. But I don’t think anyone would show up. They’re all dead.

Thanks Michael! He’s suggested we go for icecream and I am not going to miss an offer like that! Rocky road he suggests would be perfect to reflect the themes in the book. I know it’s not going to be vanilla after Ephiphany Jones!