Katherine Webb weaves a magical insight over the setting of her latest novel: The Hiding Places. As you would expect from Katherine Webb, it’s a  ethereal and rural setting and a very magical one she’s created here.. 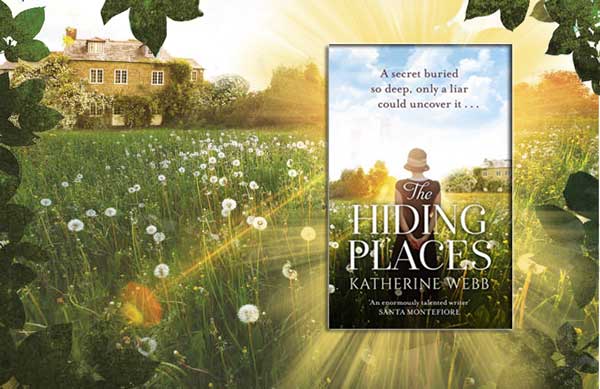 I first discovered the By Brook Valley soon after I moved to live near Bath, about six years ago. The valley stretches for twenty miles or so, south from Castle Combe to Bathampton, and it soon became my favourite place to walk. The By Brook is a winding river that runs between water meadows with steep green hills on either side, sometimes wooded, sometimes grazed by sheep and cattle. It’s a quintessentially English landscape that hasn’t changed a great deal over the past several centuries — exactly my kind of place! 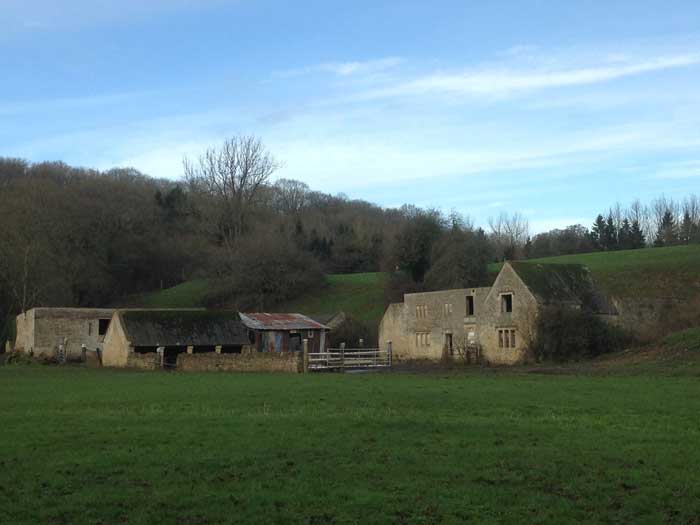 Slaughterford is a small village lying in the heart of this valley. The lanes leading to it are still so steep and narrow that the council sends a taxi rather than a bus to collect its schoolchildren. Most of the cottages and farms are hundreds of years old, and all built of mellow Bath stone. Manor Farm, one of the key settings of the book, is a real place, and I was lucky enough to be shown around the house and great tithe barn by the owners. The remains of the Friends meeting house still sit high up on the slope above the village; the church still sits in the centre of a field of buttercups, and the tall brick chimney of what was once the brewery is still standing. But what really drew me to Slaughterford was its ruins. 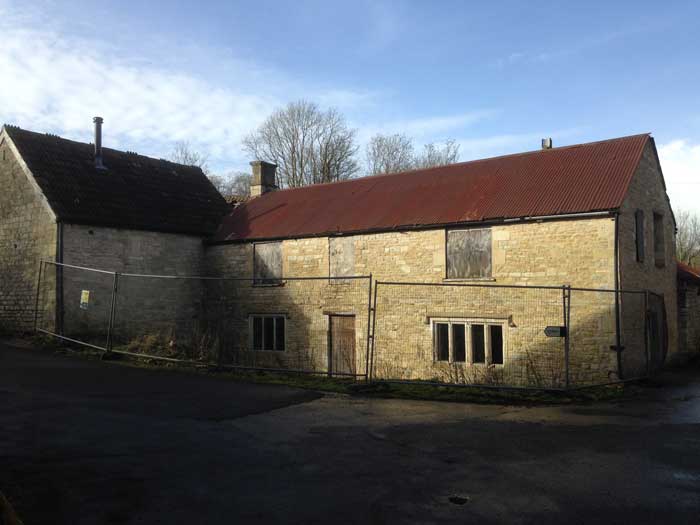 I have always loved historical architecture, both ruined and still in use, and find it endlessly fascinating to explore. A little way south of the village sits Weavern Farm, once a handsome house with several barns around a tidy yard, it now sits in ruins, with cows wandering in and out. Its remote location makes it unsuitable for modern living — though I have often day dreamed about winning the lottery and changing that! I love to imagine it hundreds of years ago, full of life, and people, and stories…

There were once over twenty mills on the By Brook, but none ever got as big as Slaugherford Mill, or kept working for as long. Often dating from the Roman era, the By Brook’s mills went through many incarnations down the centuries — as simple corn mills, fulling mills, or paper mills — and it was as a paper mill that Slaughterford Mill kept running into the 1960s. The site is huge — as big if not bigger than Slaughterford itself — and the buildings remain largely as they would have been at the time it closed. Better yet, a public right of way winds right through them, so anybody may walk there, and see the many layers of its history for themselves. 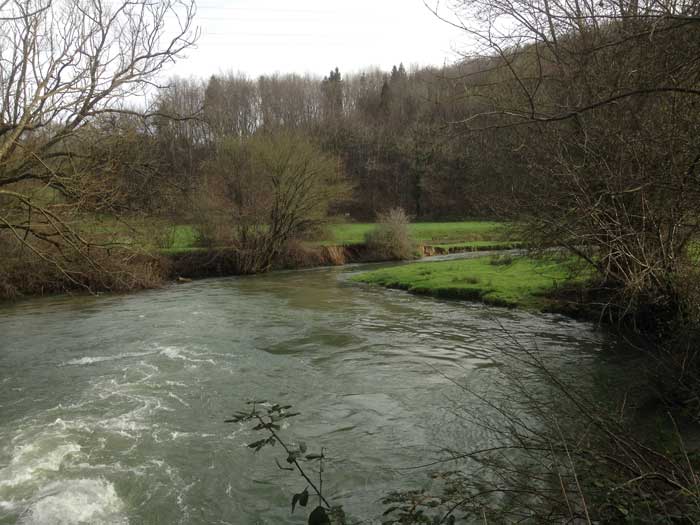 The site was once a farm — the old house where the farmer lived is still there, and became the mill offices. The various buildings, new built on top of old, half derelict now, are so evocative. In its heyday it must have been incredibly busy, and loud, and incongruous in the peace and quiet of Slaughterford. Just a little way up the river is Slaughterford’s other mill, Rag Mill, which once pulped rags to supply the paper mill. Much less of it remains now, but the iron waterwheel is still there, rusting amidst the nettles; and as you look closer you spot other things too — beater tanks, the old rag boiler, the mill leat and the footprints of stone buildings now vanished.

So Slaughterford, and the By Brook Valley, are places where generations of human history are easy to see, and that human history has always been enmeshed within the landscape. I knew at once I wanted to write a story set there — a story about the magic and pitfalls of living in such a remote and timeless place, and about the dark secrets people keep behind the beauty and apparent calm of the place.

Thank you so much Katherine for such a fascinating insight into the amazing world of your novel!