Isabelle Broom and My Map of You

As the boat tug tugs its way into the port of  Zante, a fish lands in my lap. I go to throw it back but a greek man shouts at me – No! he says don’t do it! The fish is offering itself to you. I stop and look down and the fish turns its head and winks at me. The Greek man then explains that everyone is so excited about Isabelle Broom’s novel which shines such a unique light on this part of the world, that even the fish want to get in on the act. As I step off the boat on my way to meet her, he hands me a bottle of Ouzo. For you and your friend, he says. Well I think Isabelle would agree, that this man is our friend now. 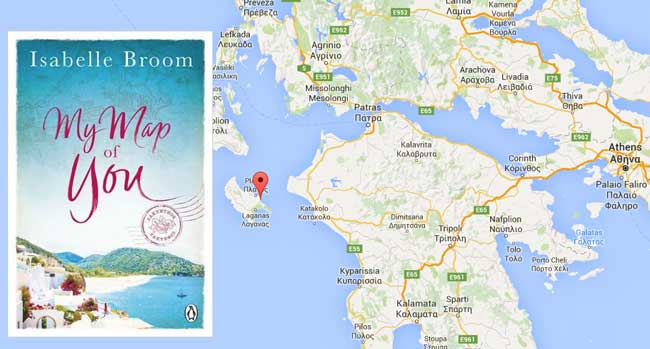 Before I get to see her, I have to endure  a rather bumpy donkey ride up the side of the mountain. Turns out Ned is not as bothered about who I’m meeting today.  Not even Ned’s owner. Isabelle Broom I say, from Heat. “Yes of course it is hot, this is Greece’ he grumbles. Honestly, I wipe my brow with both frustration and heatstroke. But then when I jump off Ned, I see a copy of My Map of You tucked in the saddle bag. You knave! I shout at him. He nods and me, smiles and explains that he and Ned usually work in Killini on the mainland but they’ve made the booktrail trek to see the places for themselves. Haha book trailers in the most unexpected places!

So that’s how I meet and greet Isabelle with a fish in one hand and a bottle of Ouzo in the other and donkey hairs on my top. Hi Isabelle!

BOOKTRAIL THE NOVEL MY MAP OF YOU HERE 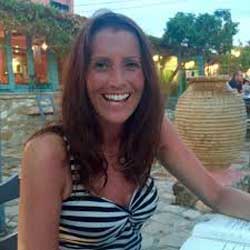 This is the perfect booktrail book! It features a secret map, hidden locations on a treasure hunt and a trail! What inspired you to write this novel?

I have a love affair with the island of Zakynthos that goes back over 15 years, and I always wanted my first novel to be based there. It’s always been a second home to me, perhaps even a first, and I guess I wanted to share my love of the place with as many people as possible. I think some people think of Zakynthos – or Zante, as it’s colloquially known – as a party island. A place where they wouldn’t want to take their family for a holiday, but this couldn’t be further from the truth. I want people to visit the island and see and feel what I do.

What do you love about Greece that made you want to feature it in such vivid detail in the book?

Oh gosh, just everything. What’s not to love about beautiful beaches, blue seas, clear skies, vast acres of olive groves and wild flowers, and the delicious fresh food? But Greece wouldn’t be what it is without the amazing people that live there. I love how welcoming they are, and how proud of their country and its history and culture. I find people there to be unaffected by the things that can hold us back, such as material possessions. They take pleasure from the more simple things in life, and it’s a mindset I admire. They’re incredibly loyal, kind and loving – as Holly discovers soon after she arrives on the island.

Via the port of Zante:

Have you ever been on a booktrail – where you follow locations in a novel yourself? What about a treasure hunt?

I don’t think I’ve been on a treasure hunt since I was still at school, which is a shame. We should replace bar crawls with treasure hunts! And I haven’t been on a booktrail yet, either – well, unless you count the one I went on while researching My Map Of You. I love the idea that people can read about Holly’s adventures and then visit the same places she does. Once I’d written the first draft of this novel, I went back over to the island and followed the trail myself, taking photos and immersing myself in her character. It was so much fun, and I hope to be able to do lots more of the same in future books.

Do you share the same sense of adventure as Holly?

Oh, yes! But whereas Holly had no choice but to become independent and learn to look after herself, I chose that path. When I was 19 and on a gap year before starting university, I booked a two-month trip backpacking around Europe on a total whim and left a few weeks later. My poor mum was aghast, but it was absolutely the making of me. I visited countries on the that trip that I’ve remained connected to right to this day, and it taught me how to spend time with myself. Before Holly arrives on the island, she makes an assumption that she won’t care about the place; that she’ll be happy to simply sell the house and return to her life in the UK, but almost as soon as she smells the citrusy air and feels the sun on her shoulders, she finds herself itching to explore. It’s a real moment for her, and it helps her to realise who she really is. 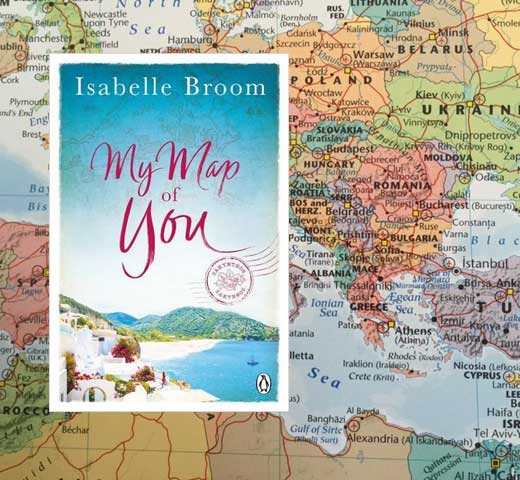 Holly is a very interesting character with a lot to deal with. Is this a journey of hope and the island healing her?

I think in the beginning of the story, Holly has almost abandoned hope. She’s created a version of herself that she believes is acceptable to the outside world, and is doing a good job of convincing those around her that she’s content – but there’s something missing. This something is what she discovers once she gets to Zakynthos. She’s feels at home for the first time in her life, and slowly but surely those barriers she’s so carefully constructed begin to crumble.

The romance in the novel is lovely! I almost wanted to be with that lovely man she meets in Zante myself (no name so I don’t give the game away) Bet this was fun to write!

Indeed it was! Both of the main male characters were a lot of fun to write, and both had a lot to offer Holly, despite being inherently very different people. Meeting someone and feeling those delicious tingles as you begin to fall for them is just one of the greatest things us human beings get to do, so I wanted to give Holly plenty of that action to help her open up her heart. Being in love and being loved in return makes you stand taller and feel braver, and poor Holly has to be very brave indeed throughout the course of this book. Of course, a small part of me is hoping for a miracle – that the man I’ve written about somehow comes to life and falls madly in love with me!

Can you give a brief list of around 5 or so places we should visit in Greece as they appear in your book? Do you have a favorite?

Kalamaki Beach – it’s stunning and unspoilt, and the taverna there does THE best Greek salad and frappe that a person could wish for. The sea is shallow, so it’s perfect for families, and you can see the famous Turtle Island from the shoreline.

Porto Limnionas – This natural inlet cove is a bit of a drive, but the views and the clear water when you get there make it more than worthwhile. The food there is delicious, too. Try the fresh grilled sardines with a tomato salad.

Shipwreck Beach – Whether you go to the viewing point above the shipwreck or catch a boat to the actual beach where it lies half-buried in the sand, Smugglers Cove is the most famous location on the island, and the turquoise water has to be seen to be believed.

Keri – This coastal village is quintessentially Greek and offers stunning sunset views right over Turtle Island. Grab a table at one of the beachside tavernas and sip a cold bottle of Mythos while you wait for the stars to come out. See the island in the distance:

Marathonissi – Also known as “Turtle Island”, this nature reserve is well worth a visit just for the soft, clean sand and stunning views of Laganas bay. There’s also an ice-cream-van boat moored there most days! Just be careful to avoid the turtle nests – there are hundreds on this very special patch of land. My favourite place? I love all of them, but Kalamaki has a very special place in my heart.

What are you writing next?

A novel set in the very beautiful and magical city of Prague. It’s a winter-themed story this time, so expect plenty of snow, mulled wine and merriment, and this time there are six characters embarking on a trip that will change each of their lives forever.

Now then what Greek food and drink shall we have before we go?

Please don’t leave Greece without trying a frappe – and let the Greek person serving it to you make it exactly the way they suggest, as this will be the best, trust me! Greek salads are delicious, as is the multitude of fresh fish that is readily available all over the island. There’s a lot of mentions of village wine in My Map Of You for a reason – it’s simply fabulous. It’s always nice to support the locals, too, so make sure you drink plenty! Oh, and you can’t leave Zakynthos without a hearty bottle or three of locally produced olive oil. I could drink the stuff by the pint-load.

And with that I leave the fish with Isabelle who says she’s going to cook it for tea, and the ouzo and wine which we have almost nearly drunk and I look over and spot Ned on the horizon. My carriage awaits. Thanks Isabelle!