The first thing you notice about this new and exciting list of books is the range of covers. Stunning, beautiful covers that really attract the eye. Come on in to a really super series full of literary travel from John Murray.

John Murray Journeys is a new list of travel writing comprising classic and rediscovered adventures, all with new introductions from some of today’s most exciting writers. The first five titles are published today with more to follow in 2022.

How excited were we to discover this wonderful new series! At the moment, we can’t travel much for real and the stories contained in these editions really take us to some unexpected journeys:

The Valleys of the Assassins by Freya Stark

A Vagabond for Beauty by Everett Ruess 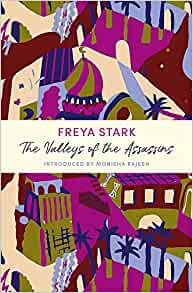 IRAN – A woman explores throughout Iran

The Valleys of the Assassins by Freya Stark was first published in 1934 and chronicles the author’s travels through Iran in the 1930s.  Award-winning author Monisha Rajesh has written the introduction.

Freya Stark was an Anglo-Italian explored and travel writer. She wrote more than two dozen books on her travels in the Middle East and Afghanistan, as well as several autobiographical works and essays. During World War II, she worked for the British Ministry of Information in Aden, Baghdad and Cairo. In addition, she funded the anti-Nazi Brotherhood of Freedom. 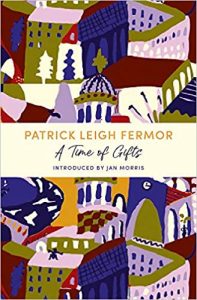 HOLLAND TO ISTANBUL – Fancy the walk?

A Time of Gifts by Patrick Leigh Fermor is the beloved first book of Fermor’s epic trilogy recounting his ‘great trudge’ from the Hook of Holland to Istanbul that began in 1933 when he was eighteen. As an added bonus, this edition includes the late-Jan Morris’s 2005 introduction.

Patrick Leigh Fermor was an author, scholar and soldier. Aged only eighteen in 1933 when he set out to walk across Europe, reaching Constantinople in 1935. He travelled on to Greece and lived mainly in Romania until the outbreak of war. Serving in occupied Crete, he led a successful operation to kidnap a German general, for which he won the DSO

.A Vagabond for Beauty by Everett Ruess 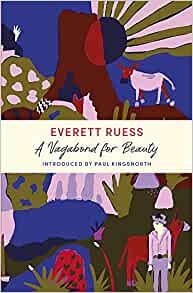 UTAH –  A young traveller goes missing in the Utah desert

A Vagabond for Beauty by Everett Ruess is a collection of letters and diary excerpts by the young artist Everett Ruess, who disappeared aged twenty in the canyonlands of Utah – the mystery of his disappearance remains unsolved to this day. 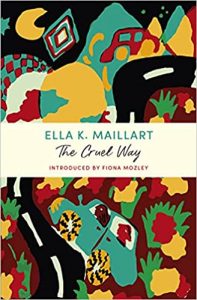 From Geneva to Kabul in a car

The Cruel Way by Ella K Maillart recounts the journey that Ella K Maillart took in a Ford motorcar from Switzerland to Afghanistan in 1939 with Annemarie Schwarzenbach. All in all, the two women were travelling for two sad reasons. Firstly, they wanted to escape war in Europe. Secondly, this was an attempt to break Schwarzenbach’s addiction to morphine.

Ella K Maillart was a Swiss writer, adventurer and sportswoman who travelled extensively throughout Asia. One of these journeys was a 3,500-mile trek from Peking to Srinagar with Peter Fleming.  In addition to this, she was also an Olympic sailor, champion hockey player and international skier. 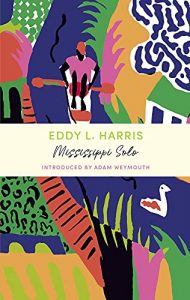 What about a canoe ride down the Mississippi River?

Mississippi Solo by E L Harris is the youngest book in the series and explores Eddy L Harris’s 1988 canoe journey on the Mississippi River, from its source in Minnesota to the Gulf of Mexico, in which the author battled against the power of the mighty river and confronted modern racism and the legacy of slavery.

What is particularly exciting, is that this book is being published for the first time in the UK. Moreover, it will feature an introduction by Sunday Times Young Writer of the Year Adam Weymouth.

The Valleys of the Assassins by Freya Stark

A Vagabond for Beauty by Everett Ruess

‘When I asked for suggestions for overlooked travel classics to bring back into print, the response from travel writers, nature writers and readers was overwhelming. Some books required tracking down on the dusty shelves of obscure archives, while others came to find me – one of those we’re republishing simply appeared on my doorstep one day, thanks to a passing neighbour.”

That sense of wanderlust..

‘From over a hundred recommendations this wonderful handful of books has emerged, representing a diversity of background, experience and style, different forms of transport (including car, camel and canoe) and far-flung places and times, from Afghanistan in the 1930s to America in the 1980s.

From intricate literary prose to diary entries scribbled in a Utah canyon, all of these books are invitations to illuminating, often surprising journeys and remind us that the world is a wide and extraordinary place.’

What a way to indulge your love of literary travel!