Travel to Manhattan with Gill Paul and the Girls 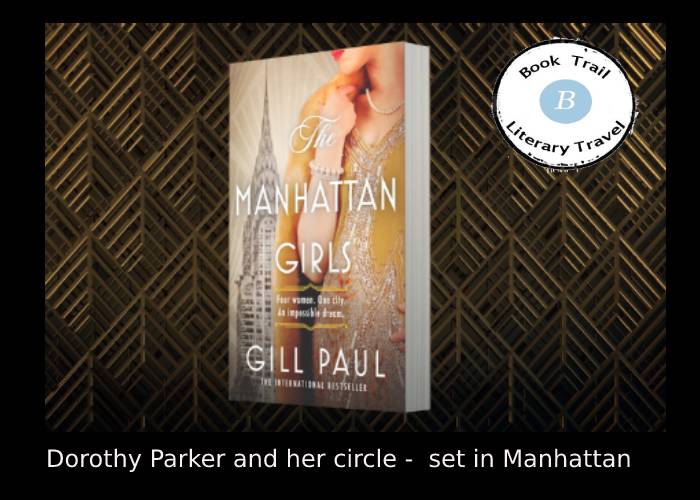 Most of the action in The Manhattan Girls takes place around Midtown Manhattan. It follows the story of four women who formed a bridge group in 1921: Dorothy Parker, the renowned wit; Jane Grant, first woman reporter at the New York Times; Winifred Lenihan, Broadway actress; and Peggy Leech, who worked at Condé Nast by day and was writing a novel by night. They gossip and quarrel, laugh and support each other, just like Sex and the City set in the 1920s. 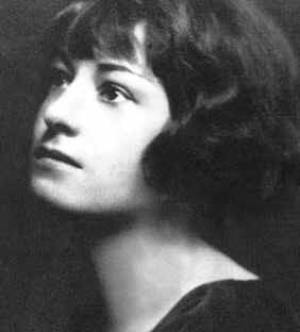 The four women met through a group of hacks who hung out at the Round Table in the Algonquin Hotel most afternoons, trying to impress each other with their witticisms. Some knew them as the “Vicious Circle” but Dorothy later said that they were “Just a bunch of loudmouths showing off, saving their gags for days, waiting for a chance to spring them.”

This was the era of Prohibition, so they’d usually be passing a hip flask under the table to top up their glasses with bootleg hooch. Men were allowed to smoke in the Algonquin but not women – just one indication of the remaining imbalance of the sexes, despite the fact that women had recently won the right to vote.

The four heroines struggle to build fulfilling careers and maintain worthwhile relationships against the backdrop of speakeasies and jazz clubs. They support each other at their regular bridge club meetings – and all try their hardest to save poor Dorothy from herself. 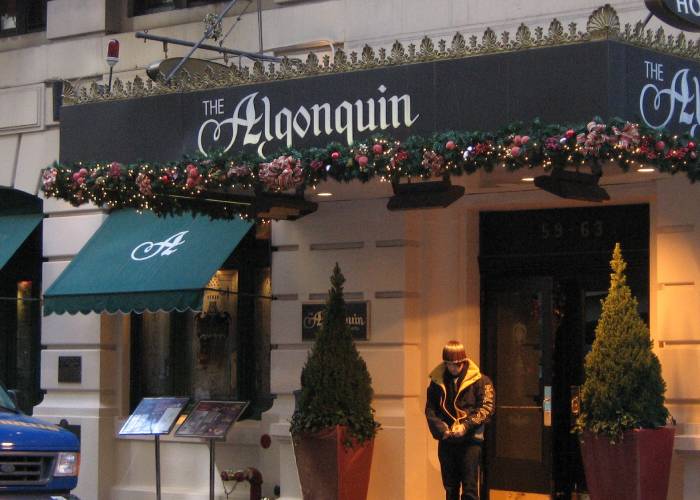 The Algonquin at 59 West 44th Street is our first location. The group met there in 1919 at a party thrown as a joke to welcome drama critic Alec Woollcott back from France. The hotel owner, Frank Case, tempted them with free snacks and gave them their own table. This later became a regular lunchtime haunt for a bunch of writers, actors, and publicists. The area was full of speakeasies they could slip off to if they ran out of booze, with Tony Soma’s on West 49th Street a particular favourite.

When the novel opens, Dorothy Parker was living with her husband Eddie at 57 West 57th Street. This was a couple of blocks from Central Park, in a building that was mostly composed of artists’ studios. Just across the hall, magazine illustrator Neysa McMein held open house. She attracted a regular crowd in the evenings. People would  come to mingle, consume her bathtub gin, and fall in love with all the wrong people. Outside the windows, trains rumbled past on the Sixth Avenue elevated railway.

Jane Grant and her husband Harold Ross bought a rundown tenement house at 412 West 47th Street, in the unfashionable Hell’s Kitchen area. After they renovated, their old friend Alec Woolcott insinuated himself into an upper floor as an unwanted tenant. It was the scene of many memorable parties for the Algonquin group – and also of a raid by Prohibition officers who took Jane to the station house for questioning.

Gangster Arnold Rothstein, the man who fixed the 1919 World Series, became a millionaire from bootlegging. His unofficial office was located in a restaurant called Lindy’s. Lindy’s stood at the corner of Broadway and 51st Street. His henchmen hovered outside, the bulge of their guns visible through their jackets, which must have deterred customers somewhat. 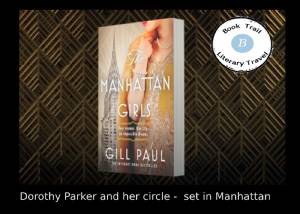 Herbert Swope, editor of New York World, Invited members of the Round Table for weekends at his mansion in Manhasset Bay, off Long Island Sound. Some claim the parties he held there influenced F. Scott Fitzgerald. This was at the time when he wrote The Great Gatsby – but Gatsby was published in 1925 and Swope bought his mansion, known as Land’s End, in 1928.

Winifred’s family lived in Bay Ridge, Brooklyn, near Sunset Park. It was an area popular with Irish immigrants in the late 19th century. In 1915 it became easier for residents to get to New York City when the subway extension reached them.
Peggy’s family lived in Newburgh in Upper New York State, a train ride away from the city. Respectable and middle class, her parents had no idea of the scrapes she got herself into in the city. As far as they were concerned, she was working at a little job in magazines until she found herself a nice husband. But we know better!

Great to spend time with Dorothy Parker and friends! Now, it’s time for cocktails and bridge.