Alison Jameson’s novel Little Beauty is set on a remote island community of the West coast of Ireland  and she’s chosen the booktrail to launch her blog tour! 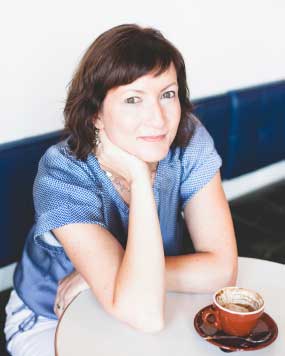 We are so excited that we have made two cakes instead of one and are busy putting the icing on the second one when the doorbell rings. Oh that will be Alison! Now, whilst I’m answering the door, here’s a little taster of what we’ll be talking about

1975: Laura Quinn has spent her life on the remote and beautiful island off the west coast of Ireland. Her parents have died and her lover continues to remain reluctant to commit in any way.

Having not had much adult guidance, she is desperate for some independence and a life of her own. So she gets a housekeeping job on the mainland but soon gets entangled in the lives of those she works for. Then she returns to the island and makes a decision that will haunt her for the rest of her life.

Hi Alison! Make yourself at home, your cuppa and a cake await…

Well Alison is here and sitting enjoying her first slice of victoria sponge. Hello Alison and thank you so much for coming over today. Since your novel is so evocative of the harsh island landscape, I just had to have you on the booktrail.

You’ve said before how setting and landscape is very important to you as it gives characters backstory and  a way of life. Why did you pick Achill Island as inspiration and what does it enable you to do as a writer?

I spent a long weekend on Achill Island (which is off the west coast of Ireland) when I was about eight month’s pregnant. It’s a beautiful place but it can be wet and wild too. It struck me as being quite bleak and lonely and I began thinking about what a woman’s life might have been like there back in the 1970s. Because I was pregnant I was also thinking about motherhood and so these thoughts began to shape the character of Laura Quinn. 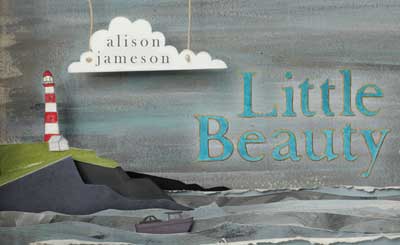 Laura tries to escape the island since it is so intertwined with her past – the ferry and the lighthouse represent isolation. Where did the inspiration for these come from (I understand Achill doesn’t have a lighthouse)?

I’ve taken a lot of ferries over the years and tend to seek out the nearest lighthouse on arrival. When writing Little Beauty I was really interested in the notion of people who are cut off from the rest of the world either because of their circumstances or because of the type of people that they are. Martin, the lighthouse keeper, holds Laura at a distance and the (often unreliable) ferry is the only way she can get off the island so I think these were important in creating her sense of isolation.

(At this point Alison’s tea cup looks a little empty so I pore us both another cup. Aaah bliss)

You lived on a farm as  a child in Westmeath. Was this where your inspiration for the remote island community and the weather came from?

I would say the weather came from the time I’ve spent on Achill itself. Because it’s an island there’s a lot of wind and rain there.  The weather in Westmeath would be a lot milder . I really wanted to capture the dramatic changes in weather that you can experience on an island. Atmosphere is very important to me as a writer – I want the reader to feel that they are right there with the characters.

Your language is very lyrical and poetic – I could feel the spray from the ferry on my face and hear the rain on the leaves before I saw it just like one of your characters. Are you a people watcher and a daydreamer?

Yes, I’m a day dreamer and an eaves dropper too! I took a train last weekend to Kerry for the Listowel Writer’s Week and after four hours felt I could start a novel based on any number of conversations I overhead. I’m naturally curious about people and love to hear their life stories – or imagine what their lives might be like. 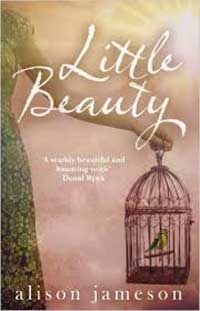 Which parts of Ireland would you recommend people visit to ‘experience’ your book?

Achill definitely but also Inisbofin which is even more dramatic I think. Or really any part of the west coast. It’s very rugged and beautiful all the way from Donegal down to Kerry.

At a dinner party of 4 writers living or dead, who would you invite and why?

Annie Dillard, Alice Monroe, Kazuo Ishiguro and Daphne du Maurier. I would just like to talk to all of them about writing – and then ask how they overcome some of the challenges all writers face when writing a new book.

You’ve included a lot of references from the 1970s – from the music of the Carpenters to the political events with the IRA. Why did you choose to include these?

Really just to ‘bed down’ the 1970s so that the reader could get a sense of what it was like then. It doesn’t seem like such a long time ago but when you read about what was happening in the news then or listen to some music from that era it’s a whole world away.

So as I put Karen Carpenter on the ipod, her dulcent tones singing ‘Top of the world’ I spritz a little Charlie perfume on my wrist and we finish off the cake With thanks to Alison for stopping by. I’m glad you enjoyed the victoria sponge – it was one of my mother’s recipes from the 1970s after all. Quite apt I think