A postcard from Sunday island….

Oh if you ever fancy a visit down under to an island in the middle of the ocean, miles from anywhere…..and an experience based on the true story of the author’s family….an adventure like any other…

Lydia Syson is the author to take you there… 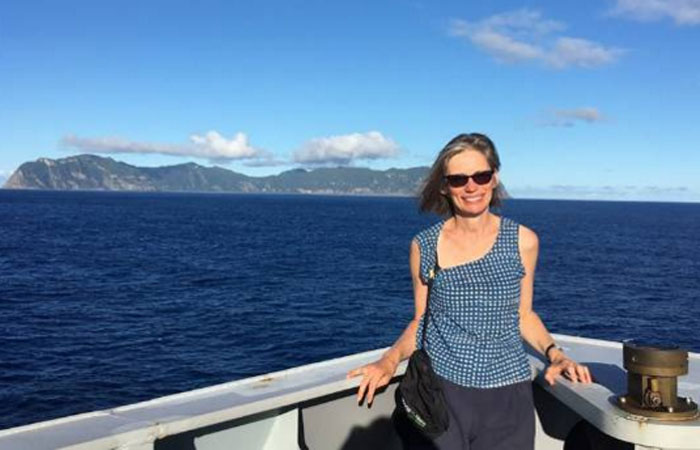 The author travelled to the Kermadecs (c) Lydia Sysons

Amazingly, I did manage to get to the Kermadecs in Feb/March this year, on a scientific expedition with the NZ navy, though very frustratingly we didn’t get landing permits so I still haven’t set foot on Raoul.

Allow me to introduce you to the man who got me started on MR PEACOCK’S POSSESSIONS . . . this is my great uncle (by marriage x 2), King Bell. And a turtle. On Raoul Island. I love this photo! 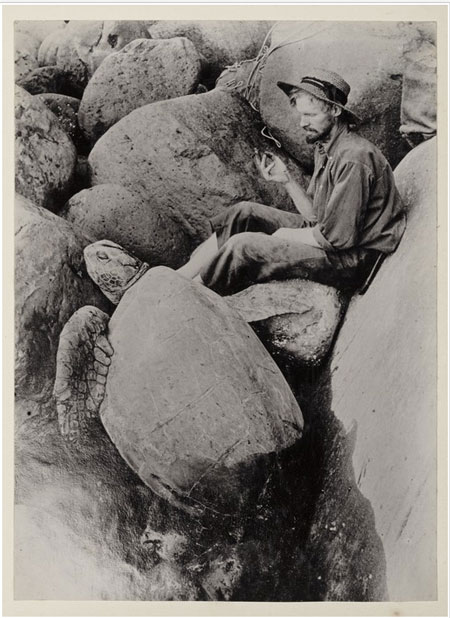 For family reasons I couldn’t spend as long as I’d wanted in NZ, and it was my first trip, so I can’t recommend other islands from experience but I have found some islands which are very similar and there’s a great article in the Quantas Magazine 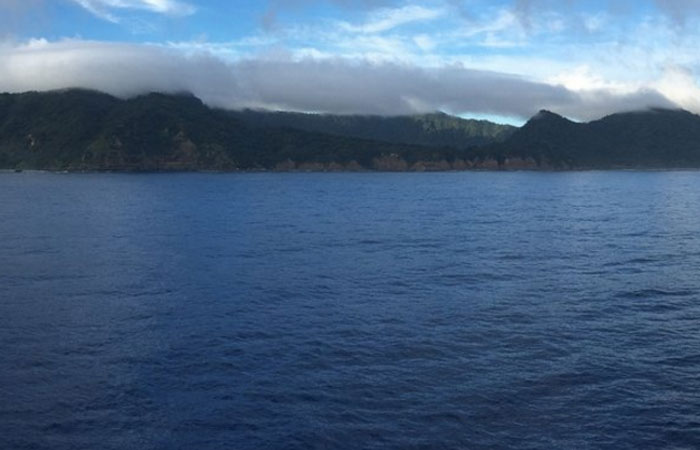 ‘White Island’ is volcanic, like Raoul, and part of the chain known as the ‘Ring of Fire’…there are hundreds of underwater volcanoes between White Island and the Kermadecs, where each island in the chain is the top of a volcano, and only Raoul is big enough to live on.

But let’s go back to Lydia herself and her Auckland-born husband Martin Finn and his family who started off the idea for Mr Peacock’s Possessions…. 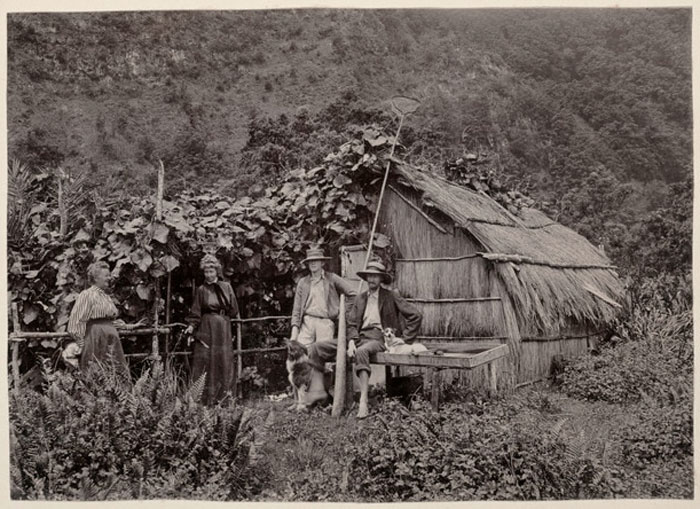 Frederica Bell, left, and some of the family outside a vegetable shed, Raoul Island. The photograph was taken during the Kermadec Islands Expedition 1908. PHOTO: REF: PA1-Q-135-13-2. ALEXANDER TURNBULL LIBRARY.

He discovered from his aunt Madeleine that he was a descendant of William ‘King’ Bell, the “King of the Kermadecs”. Well, it was a novel waiting to be written she tells us. Lydia then spoke to Madeleine when she came to stay with her in London and the story began to build and build…

It turns out that Madeleine’s Aunt Phoebe was married to William ‘King’ Bell. He was born on Sunday Island –  now known as Raoul Island. He really did go to the island and were the sole inhabitants for two years. Like in the story of Mr Peacock, the ship left them there and didn;t return.

There’s another book of these experiences – Elsie K. Morton’s 1964 book Crusoes of Sunday Island – which Lydia read for her own research. 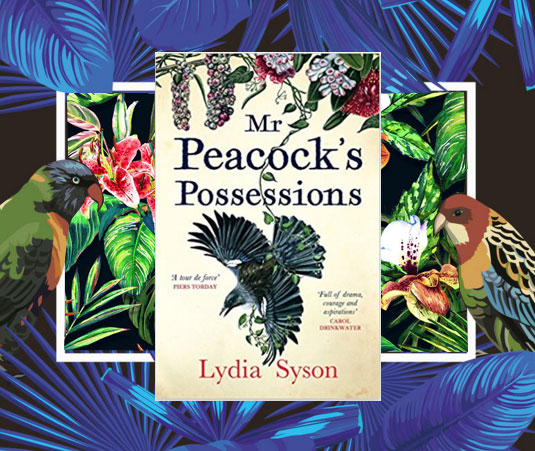 Lydia wrote Peacock’s Possessions to imagine what it would have been like on that island. It’s not supposed to be a true life account but it’s the seed which started to grow in her mind. It’s not just island life she examines but the relationship between a father and his children, his wife, and what happens if the father favours one child

Lydia did get to go to the islands for research but could only fly over Raoul Island. However this level of imagination worked as she had to change a few things for the story and to make it her own

“You can’t entirely map out the story on an actual map of Raoul, but it’s pretty similar.”