A hippo journey from Africa to Pomerania with Steffi Rohrbach

Travel around Africa, Germany and Pomerania.

Now where is Pomerania? Have you ever read about it in a novel? What connections might it have to Germany or to the bushveld in South Africa? There’s only one author who can tell you for she has included all three in her book Healing Rhinos and Other Souls.

Stephanie Rohrbach is a traveller, writer, translator and free spirit who is offers a guided booktrail of her novel today…. 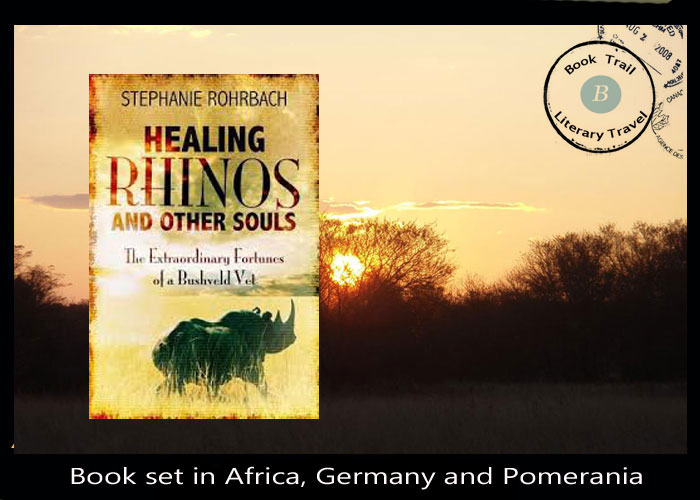 Main settings of this book are in South Africa, Germany and Pomerania, which today is of course in Poland.

While the story begins on a farm in the greater Johannesburg area, the main part of the book is set in the so-called bushveld in the northern regions of South Africa. A strong sense of place allows the readers insights into life ‘in the bush’, as well as encounters with wildlife and some weird and wonderful characters, who all have been shaped by the landscape and the natural environment they live in. 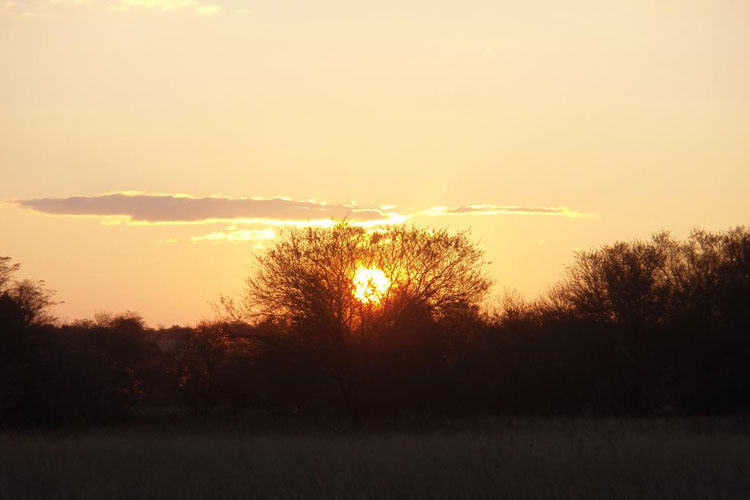 The German setting is in Lübeck; interesting here is the change in the city just before and then after the Second World War.

Pomerania on the other hand, where the characters spend the six years from 1939 to 1945, is far removed from world politics and the realities of the war, or at least so it seems to the children. The location, a castle in the rural areas of Pomerania is quite unique; readers get a feel for this lesser known, rural part of the world that even then seems to have been lost in time. 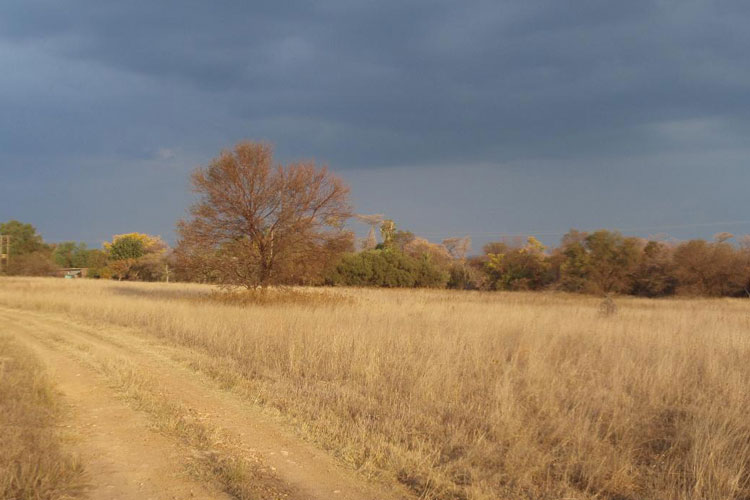 1939: Uhlenhorst is a farm to the north of Johannesburg, where Walter Eschenburg and his siblings are born and spend the first few years of their lives. Things change, when the young Eschenburg family is called to attend a family reunion in Lübeck, Germany.

1947: The Eschenburgs return to Uhlenhorst and have to start from scratch; Walter, Hermann and Elsa grow up, and each of them lives through their very own set of adventures.

Walter studies at Onderstepoort, the Veterinary Faculty in Pretoria.

He then works for a veterinary hospital in Johannesburg. Over the back of a sick cow he meets Topsy Graham, with whom he immediately and irretrievably falls in love.

The train journey from Park Station in Johannesburg to Cape Town is the children’s first great adventure. At Cape Town harbour, they not only see the sea for the first time, they also board the MS Pretoria, of the German Africa Line, which will take them to Hamburg 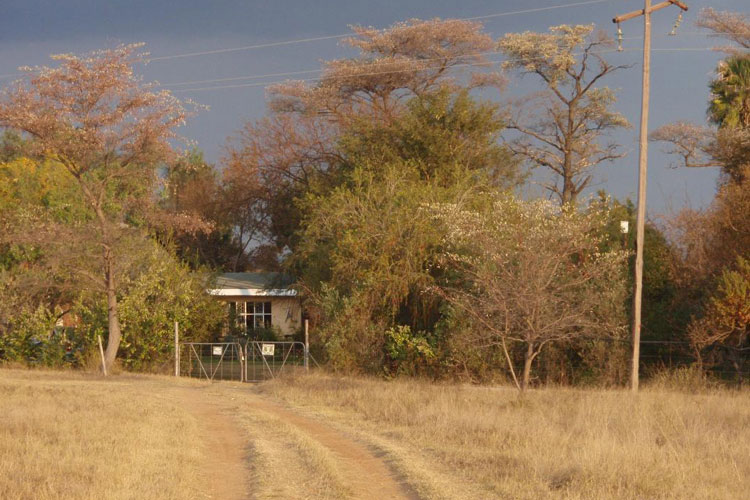 Walter finds his feet here as an independent and pioneering bush vet. He learns a lot about people, wildlife and domestic animals. He also tries his hand at lion taming when the circus comes to town. 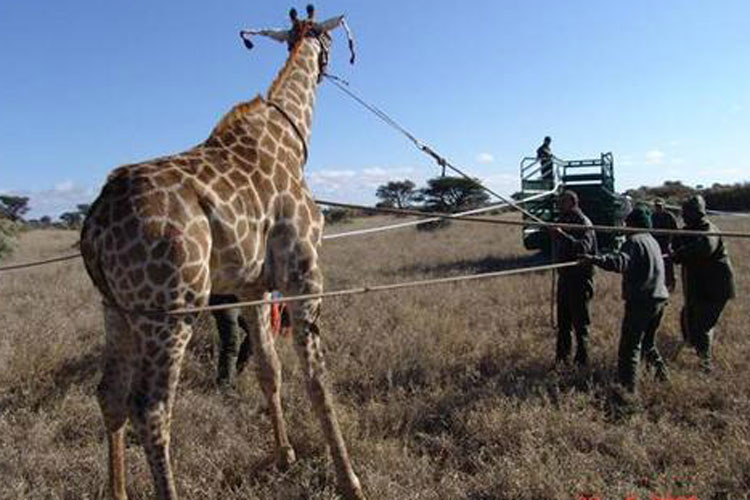 In the 1960s, Walter and Topsy, their daughter Debbie and a menagerie of four-legged friends take over the farm Weltevrede and make it their home. A section of Weltevrede is part of the Nylsvlei Nature Reserve, which today is one of the most important protected wetlands in Southern Africa and a birding hotspot.

Close to retirement age, Walter and Topsy move to Vaalwater, a small town in the Waterberg, where Walter becomes the resident vet on a large cattle farm. The pace of their lives slows and Walter finds time to reminisce and to start writing. There is, however, still room for the odd wildlife adventure, be it related to snakes, elephants or rhinos.

Close to Vaalwater, at Lapalala Reserve, lives Anna Merz, the rhino lady; and only a few kilometres away is Horizon Horseback Safaris, where the author first meets the Eschenburgs. Here, the story begins, with the castration of a couple of young horses, and in Vaalwater it ends, with a postscript on a nightly encounter with porcupines. 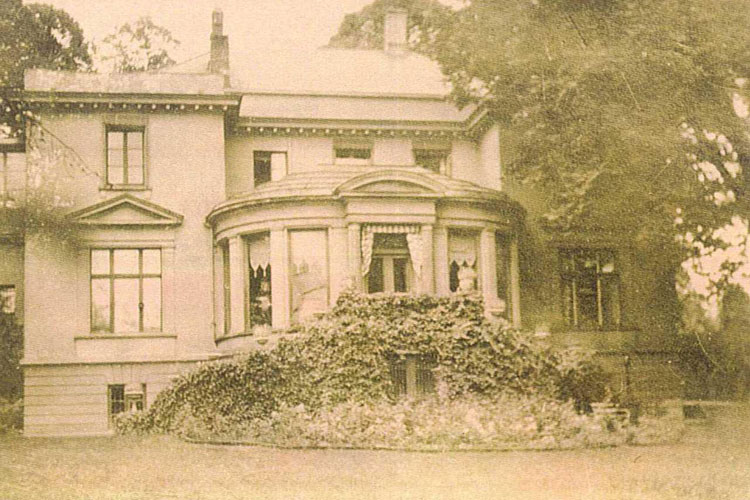 1939: Walter’s grandparents live in the Villa Eschenburg in Lübeck, and for him, his mother Ursula and his siblings this is their first taste of life in Europe. Ursula struggles to fit into the Lübecker society, while her husband Hermann enjoys the time spent with old friends and family. It is during their stay in Lübeck that the Second World War begins and their homeward journey is cancelled.

1945: After their harrowing escape, the family finds shelter in Lübeck, in a basement in the Königer Straße, while Grandfather Eschenburg’s villa has been taken over by British forces. Although life is tough in the months after the war and Walter often goes to bed hungry, he soon finds new friends and adventures in the war ravaged streets of Lübeck. 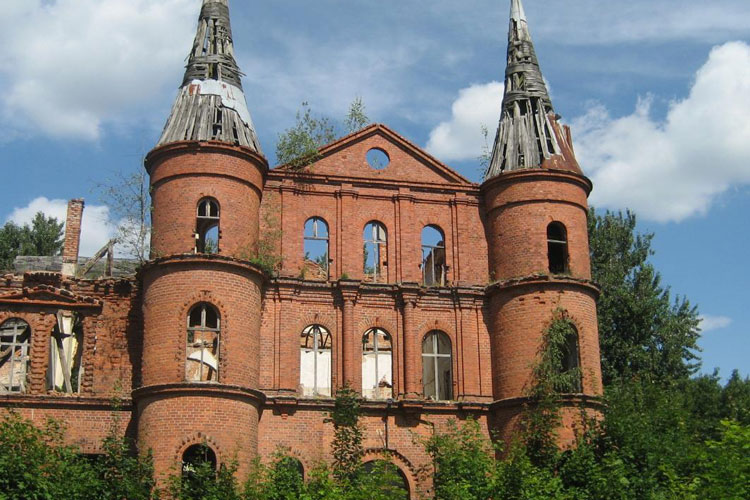 Juchowo is a village in Northern Poland, about 15 km southwest Szcecinek (Neu Stettin), and 130 km east of Szcecin (Stettin). Until 1945, this area was part of Prussia/Germany. The Eschenburgs find refuge here during the war years on a cousin’s estate. There’s Juchow castle, which becomes their home, a farm yard, a distillery, a lake and endless forests. While Walter’s father manages the estate, the children think it’s the greatest adventure of their lives so far, so many new things are there to discover. Sometimes they forget the realities of the war. For Walter in particular, these are formative years, and he recognizes his strong connection to nature, which will mark the rest of his life. In the meantime, mother Ursula is yearning desperately for home. Six years pass before the family leaves Juchow, fleeing on foot from the fast approaching Russian Red Army. 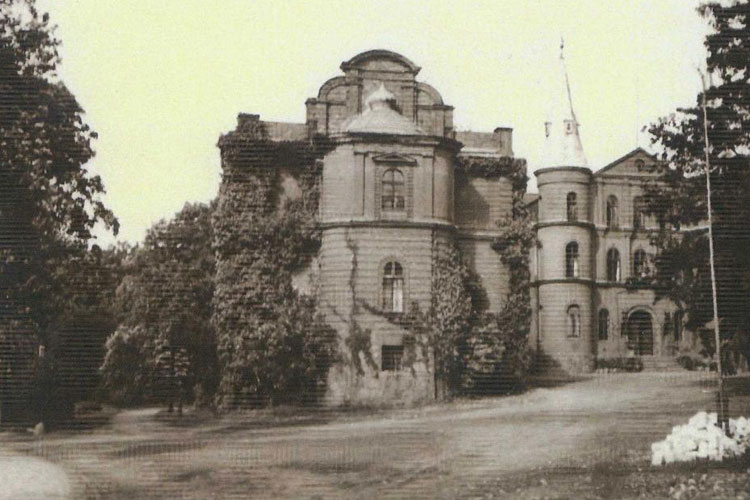 In the early 1940s, Walter and his brother Hermann are sent to boarding school in Kolberg, on the Baltic Sea. Early in 1945, as the Red Army draws close, the two boys escape from this seaside town by train via Stettin to Lübeck, where they meet up with their family.

Wow what a tour and thank you so much Steffi!

BookTrail Boarding Pass: Healing Rhinos and Other Souls: The Extraordinary Fortunes of a Bushveld Vet