What a pleasure to be on the Blogival tour today and with the loveliest guest a booktrailer could wish for. Nooshie Motaref  has brought a selection of Persian goodies for us to enjoy and we tuck into some questions as well about a very fascinating read! Booktrail the novel here and Travel to Persia 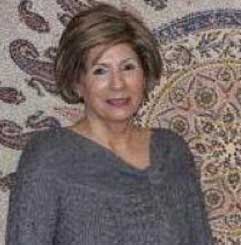 Your novel focuses on the intricacy of a tapestry. Your character’s destinies are interwoven with many threads of their decisions and pathways in life. How did you decide to structure it in ‘cycles’ the way you did?

It was easy to weave a tapestry of my characters. They are in reality the stories of myself, my mother, grandmother and great grandmother with dramatization of the events. During my childhood, I spent lots of time in my grandmother’s house and was entertained by my teenage uncles and aunts. However, when I came to US, I lost them to death one by one including my parents. Then, life and death becomes very meaningful to me. To write about their lives, I’ve brought them back to life. Through the pages of my book, each breaths by narrating her story.

In addition, Moslems believe in fate and God’s will. As at the end of my novel, in the plane when Mitra is leaving an oppressive regime, she remembers her father says, “Whatever we do, that is our fate and destiny!” (259) This belief is exactly in opposition to the Western World. It is not shocking that most of the Moslems around the world are poor and easily are swayed by the regime they are ‘under’. They are whole heartedly submissive to Allah or God. They accept their leaders are sent by Him to rule them.

For me there was no elements of surprise because I know my characters personally. During my writing, I felt for each one of them that how brave they were and fought the authorities. I, as Zahra, shook like a willow tree behind my mother when the court eunuch wanted to take me to the king’s harem. I, as Shirin, stood up to my mother to let me learn how to read and write. But as Iran, my mother, I could not stand up to my father when he shattered all my dreams of being an actress.

The most interesting character to write about was Mitra. After moving my characters through one hundred years, I realized that because of their perseverance and endurance, I as Mitra could leave the country for education in Germany, United States and Switzerland. When the time came, I was strong enough not to follow the autocratic rules and regulations of the fanatic religious regime. As one of my readers once said, “Nooshie, it seems that the spirit of being free runs in your family generation after generation.”

Now, I am proud that I live in a free country and write about women’s experiences and the upheavals that they had to go through. There is a Persian expression, “Women are not donkeys to dance to whatever music their master play!” 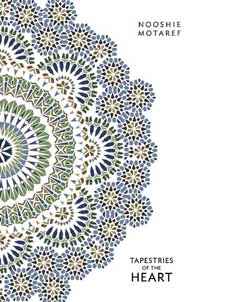 Your tapestry is woven with real and fictional events and characters. Which are real and which are symbolic of real events?

My novel is correct historically. All the kings and events are for real. Only a few events are changed to portray the effects of the historical events on the commoners who do not have any voice or authority to change anything. For example, In reality my grandmother did not die and gave birth to 10 children. In the novel, her children except 4 of them died as the result of plague. My mother’s siblings did not die; however, the plague was a true event that my mother talked a lot about it. My father had a newspaper, Defa-e-Moshtarek; in the novel Mitra’s father has a print shop. The character, Nima, is very much like my father. I wrote about him to show the western readers that not all the Eastern men quash their wives and daughters. In the book, Amir’s fate is unknown. Even though, my uncle had some strife with the Shah’s regime, because of his half-brother who was the higher rank in the military was cleared. Not that he went, said or did something to release him. Instead, he changed his last name, and in a newspaper declared that he does not know my uncle. He was set free after my grandmother, a window, threw herself in front of a general’s car and beseeched to him to let her son who supported her and his 9 other siblings go.

Tapestry is a symbol of veil or curtain. Moslem tradition has been separating men and women with a curtain in mosques. When Shirin at age 8 goes to the mosque with her grandmother, she is disturbed that she could not see the Mullah. She says, “I wanted to get up and snatch the curtain down, but I had no strength, and my hands were small. The men with all their strength and huge hands ignored the curtain and let it veil the women.” (32-33)

My hope for Moslem women is to learn more about their religion and study the facts that Mohammad, the prophet has instructed us, the Moslem women, whether in the Koran, or in his way of life. For example, Mohammad never ruled that women must cover their heads. Her daughters did not wear hijab; nor he commanded us to cover our heads in the Koran. But, women blindly have followed this rule for centuries.

For the Western women is that they need to cherish their individual freedom and hold on to it. To me, our rules and regulations are based on the whims of our politicians, governing bodies and religious leaders. We must keep our individuality close to our heart, and never let anyone take it away from us. 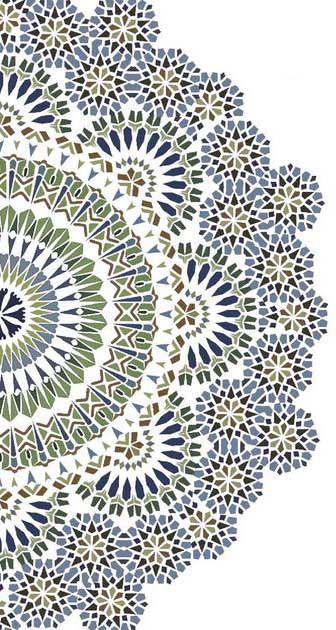 Can you share a folklore tale from Persia with us that you remember as a child?

The Wolf Who Got His Tribute
One day, the fox saw that a camel always grazed in only one meadow. Everyday, the camel went there early in the morning and did not care about anything else. So the fox went to the wolf and said: “Silly, why don’t you get your tribute from the camel? Aren’t you the owner of the meadow?”

The fox repeated these words so much that the wolf became enraged. At last, both of them went to the camel. The fox said: “Hey! You’ve been grazing here a long time. Why don’t you pay any tribute?” The camel raised his head up, and after seeing them, he said: “Brothers! Now is the fall and it is getting cold. From which part of my body can I give the tribute so that the cold weather doesn’t bother me? Now, go; but come back in the summer when it’s hot and I’m fat.

The fox was not satisfied. He said quietly to the wolf: “Don’t listen to him. Get your tribute from his thigh. It’s very delicious.” The wolf started to leap threateningly around the camel. After the camel observed that they would not give up, he said, “All right, I’ll give my tribute now. But upon one condition that …” “What is it?” asked the wolf. “Upon the condition that you take a bite from my tongue,” said the camel. The fox, who was keeping quiet, said anxiously: “Accept that. You have no idea how delicious his tongue is!” “Well, then take out your tongue!” responded the wolf. Immediately the camel closed his mouth, took the head of the wolf between his teeth and started to press strongly. The fox, who saw that situation was not good, left the place quickly and hid behind a bush. At last, the camel crushed the wolf and went away. As soon as the camel went out of sight, the fox came out and started to eat the wolf’s body!

Is life in Iran changing for strong women like in your novel?

I believe life in Iran for all women has been changed since the revolution in 1979 when the Shah was ousted and Khomeini established the Islamic Republic of Iran. The Iranian society has been placed back into the 7th century. Ever since, the women willingly or unwillingly have been covering their heads whenever they go to the public. It looks like they abide the rule which is not even Mohammad’s law as if they have forgotten all about their individual freedom. Or perhaps the reason for the existence of this rule is that the Shah and his father only modernized the country without educating the mind of people. However, in the Western World, women fought for their freedom. So, in the East, when the new regime appeared, they blindly have been following it for over 30 years!

What are you writing at the moment?

At the present time, I am working on my manuscript, “Land of Roses and Nightingales:Famous Persian Tales: Seven Brave Girls”. I have translated and adapted the tales to help bridge the cultural gap between the West and the Middle East — an important objective in today’s fractured world. The tales are timeless and carry a feminist message. They explore the dramatic worlds of seven female characters who rely on themselves, digging deep into their souls to solve men’s riddles; often doing their would-be superiors such as kings princes and chief merchants. A work to empower women especially teenagers.

My hope is to find an agent for its publication.

With many thanks for Nooshie for talking the time to chat with us today. Such a fascinating book and we can’t wait to read “Land of the Roses”!