The Colonel and the Bee on their travels – Patrick Canning

This is the story of a peculiar explorer and downtrodden acrobat who travel the globe on a building-sized hot air balloon, in search of a precious artifact …..

That’s quite a journey, a steampunk kind of journey and in a hot air balloon? Sounds a bit like Jules Verne’s Around the World in 80 Days and THAT is a BookTrail favourite. So we took to the skies with Patrick Canning its author for a guided  mystery tour….. 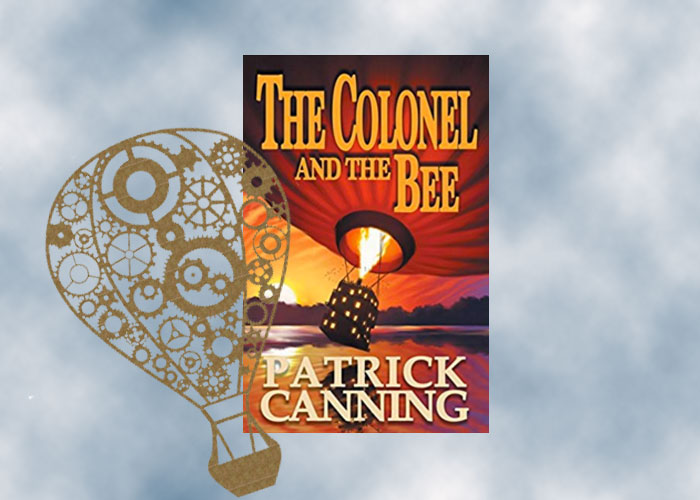 The Colonel and the Bee

The whole book is essentially about travel, which serves as an externalization of the needs of the main character, Beatrix. A young acrobat fleeing an abusive ringleader, Beatrix’s search for her place in the world becomes literal when she joins up with a globetrotting adventurer on his larger-than-life hot air balloon. A whirlwind of perilous paths to exotic destinations follow, and it’s all Beatrix can do to survive as the takes in the sights and sounds of an incredible world, suddenly within her reach.

If I could pick a place for the reader to visit, it would simply be a place they’ve never been, and perhaps more importantly, somewhere they wouldn’t normally go. This could be a dart-thrown-at-map type situation, the goal being to experience as different and surprising a location as possible! If I have to actually pick a destination, I’d say Spain, because it’s my favorite country I’ve ever visited. Passionate citizens, gorgeous cities, copious amounts of ham. What’s not to like? 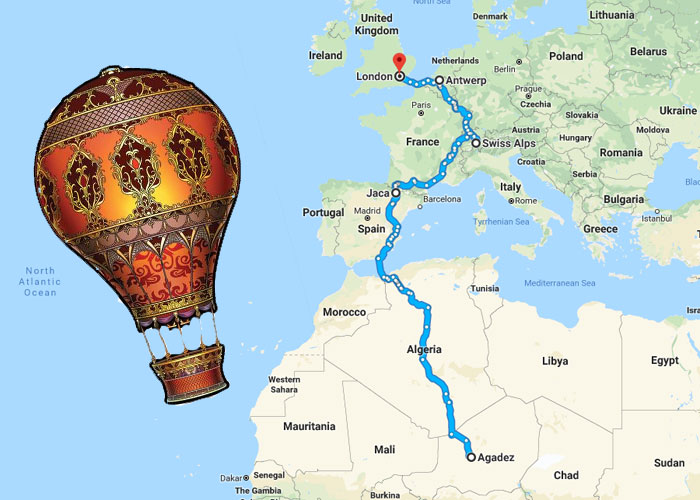 The Colonel and the Bee locations

The novel definitely gives a dark side to some of the locations visited. Antwerp in particular is treated as a kind of Mos Eisley, full of scum and villainy. Overall, I would say the characters find friends and enemies in just about every location, which I think holds true to real life.

The time period of the early 19th Century was selected to give the characters a more feral world to explore. This allowed enough advanced technology (sometimes fantastical) to freely explore a world that was just about done being sketched out. Communication was incredibly limited and far-away places were still described through legend and drawings alone; to travel was to explore.

Since the story takes place approximately two hundred years ago and visits many far-off locales, I couldn’t experience every setting first hand (due to lack of a time machine and bottomless travel budget, respectively). A good deal of research was done by word and image alone, but, I was also lucky enough to fly in a hot air balloon. We took off from Hyde Park in the center of London and, due to the lack of control a hot air balloon inherently provides, made an improvised landing on the treeless fairway of a golf course.

It’s one of the most fantastical trails we’ve had Patrick. Thank you! and Happy hot air ballooning!

BookTrail Boarding Pass: The Colonel and the Bee