Researching the locations for The Lost Daughter….

The novel is one of the most fascinating The BookTrail has come across recently – it tells the true story of the Romanovs, ficitonalised of course, but largely based on fact and research. It creates a world long gone but never forgotten and the skill of GillPaul allows the readers to immerse themselves fully into the time and place, the Royal Palace of the Romanovs and the level of political intrigue which existed at the time…

Gill Paul has a treat in store for us today…..

An immersive BookTrail to the land of The Lost Daughter 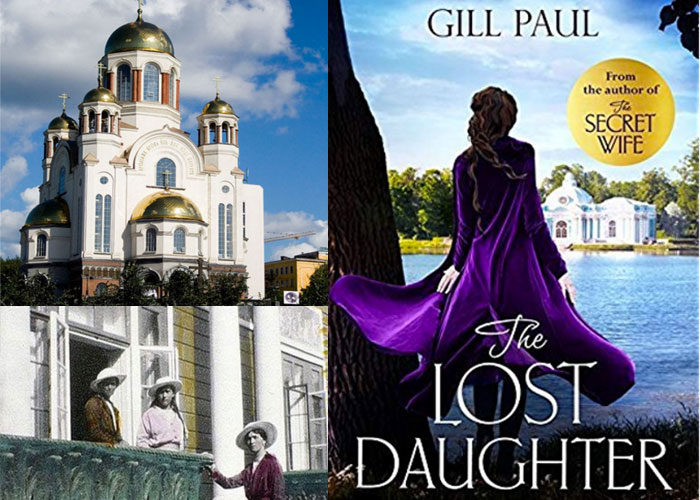 The Ipatiev House was destroyed by Leonid Brezhnev’s government in 1977, but there is now a shrine in its place where Russian Orthodox worshippers come to pray. The Romanovs have been canonised by the church and praying to Maria in particular is thought to restore good health. Although the area’s economy was dominated by mining, a quick trip on Google Earth shows a leafy town with wide avenues and grand 19th-century buildings, like the house once owned by the merchant Nicholas Ipatiev. 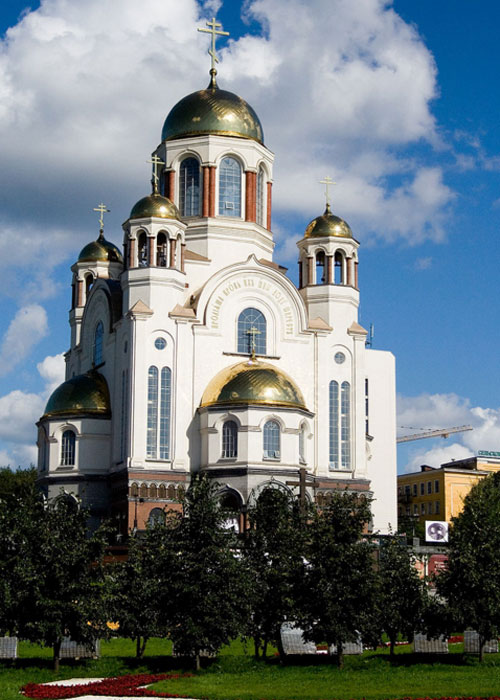 The church where Ipatiev House once stood (c)Wikipedia

And St Petersburg is one of my favourite cities on earth. Peter the Great built it to rival European capital cities, and it’s got canals like Venice, fountains like Versailles, and architecture to match the best you’ll find in Paris, Rome or London. The palaces are sublime. Most are reconstructed after being destroyed by the Nazis during World War Two, but the reconstruction work was top-notch and they are extremely well-kept (if busy in tourist seasons). If you haven’t been, I highly recommend it! 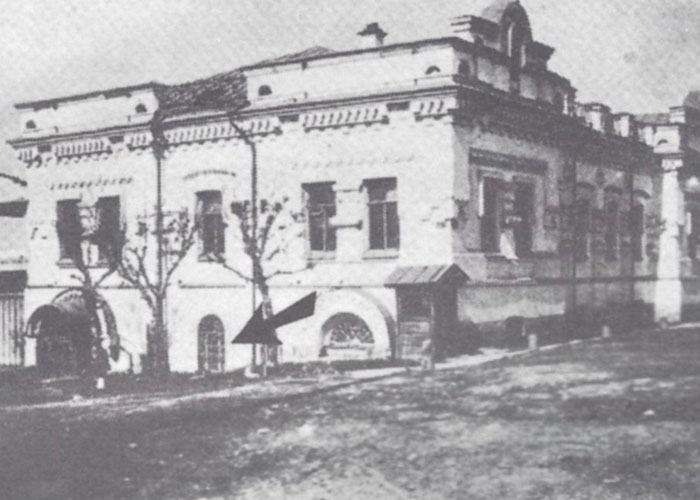 Maria, the third Romanov daughter, lived here from April 1918 until the family were murdered on the night of 16th/17th July. There were machine gun posts in the corners of a tall barricade fence, and the windows were whitewashed so no one could see in or out. The family were allowed out to the yard for strictly limited periods every day, but were otherwise cooped up on the first floor, not even allowed to open the windows for fresh air. It must have been like a mausoleum for the living. 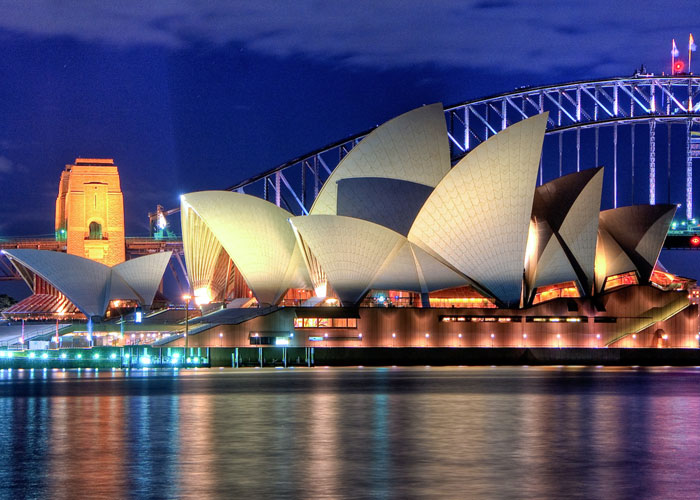 I spent two months in Sydney back in the 1990s so when I was describing the city I cast my mind back to those happy times. I particularly loved Balmain, where the industrial past merges with an artsy present. As I describe in the novel, it’s a higgledy-piggledy mix of architectural styles and decorations, all arranged on a slope, and it’s bordered on three sides by Harbour Bay. If I was ever going back to live in Sydney, this is where I’d be. I was writing about the city as it was in the 1970s, so I had my descriptions checked for accuracy by a couple of long-time residents.

The second plot starts with Val going to watch Queen Elizabeth II opening the Sydney Opera House in October 1973. Just as she is leaving home, she gets a call to say that her estranged father is repeating some very odd things in his nursing home in Bondi. Val is trapped in an abusive marriage but when her husband hits their daughter Nicole, she knows it’s time to leave. As she strives to make a new life for Nicole and herself, she moves around Sydney, searching for the happiness that has so far eluded her. 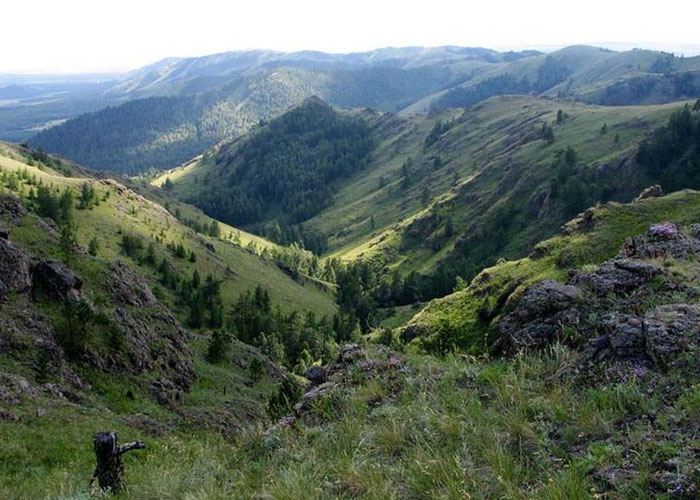 Peter and Maria live rough in the mountains for a couple of months, before he gets work on a farm. It’s a harsh life, particularly when the new Bolshevik economic reforms and the Civil War cause famine in the countryside. They are lying to his employers about their past – a lie that threatens to leak out at any moment.

I did not manage to visit the Ural Mountains but I researched the flora and fauna carefully, since they are crucial to this part of the plot. I had an experienced herbalist check the plants and a naturalist check the animals. I also used to work with Ray Mears, he of the TV survival and bushcraft series, and channelled much of his wisdom for my descriptions of mountain survival skills. 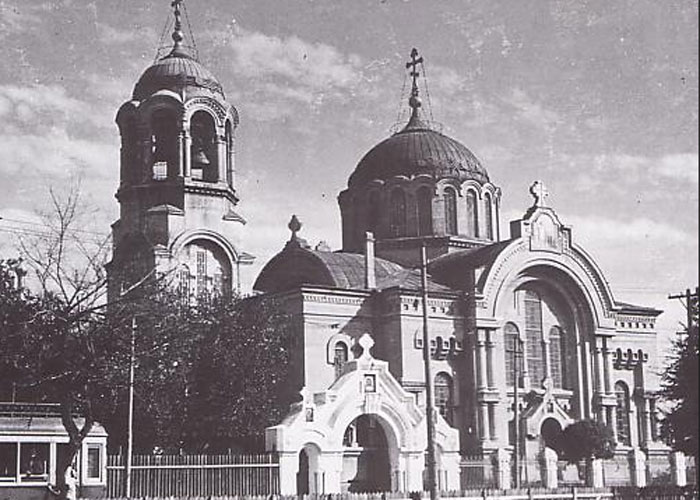 Many White Russians slipped over the border into Manchuria, fleeing the Red Army in the early 1920s. Val travels there in search of her mother and hears the story of how her parents met – and what became of them. 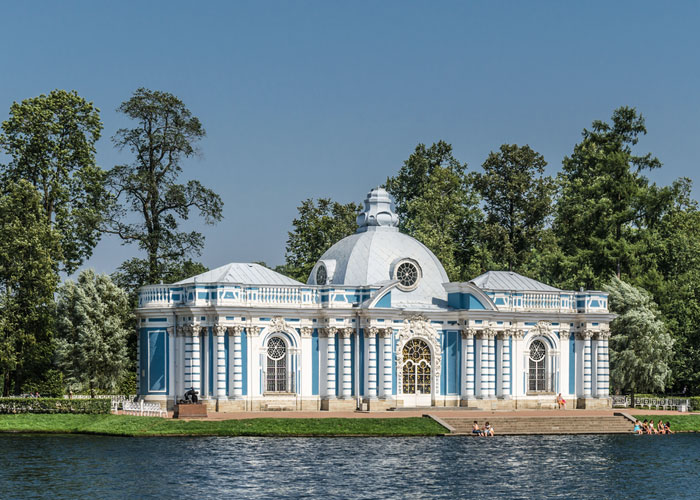 St Petersburg is a major location in the novel, as Maria and Peter’s story follows the history of the city from the early 1920s, when floods of Russians arrived seeking work, through the Stalinist purges and the horrific World War Two Siege. Roughly fifteen miles away, in Tsarskoe Selo, is the Alexander Palace where the Romanovs once lived, and on the shores of the Baltic lies their old summer palace, Peterhof. In these locations, Maria and Peter experience terrible losses, and the redemptive power of love.

Thank you very much Gill

It’s a superb novel and one of the most interesting and well researched about this period ever! The writing is exquisite