For her latest novel, Natalie Meg Evans conjures up a vanished London. Here, she describes some of the locations that appear in the book. You’ll be able to see them all in a couple of hours, with ample time for lunch! 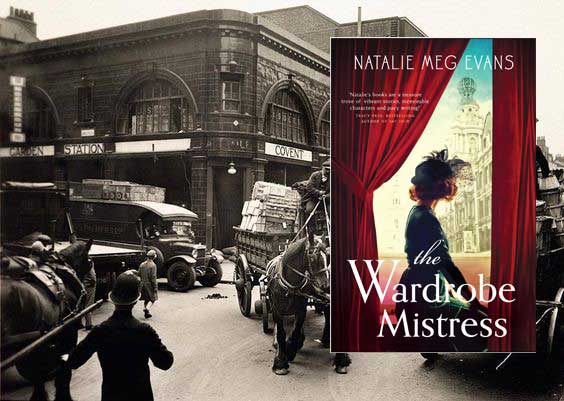 The Wardrobe Mistress is set mostly in London’s Covent Garden, in the theatre district, WC1 and 2. Much of the story unfolds within an area bounded by Bow and Russell Streets, Drury Lane (famous for the Theatre Royal) and Shaftesbury Avenue. Great Portland Street NW1, once the heart of London’s rag trade, features too. This is where my eponymous Wardrobe Mistress creates her stage costumes.
These days, my locations bustle with London’s 24 hour culture. But The Wardrobe Mistress is set in 1946, just after the war, and so I’ve created a very different Covent Garden to the one you’ll see today. 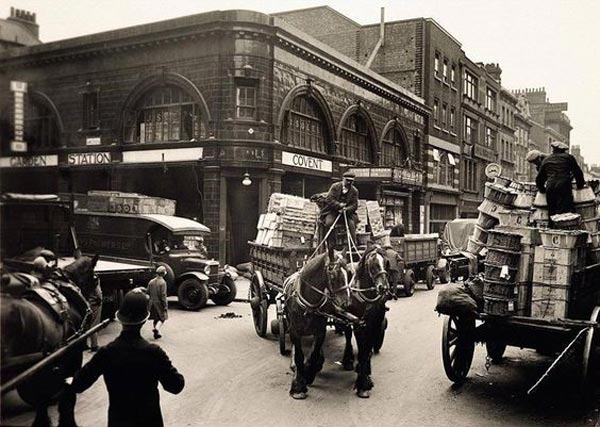 Less traffic for a start! Buses, taxis and trucks trundle through the book, but because wartime rationing went on until the 1950s, there are virtually no private vehicles. Nor are there are any of the flagship, brand-name shops that now fill ‘The Garden.’ Instead, there are shoemakers, ironmongers, family-run grocers and butchers, with housewives queueing for basic rations. The flower and veg market is busy with porters carrying towers of boxes and baskets –a working place as well as a magnet for actors and theatre-goers. 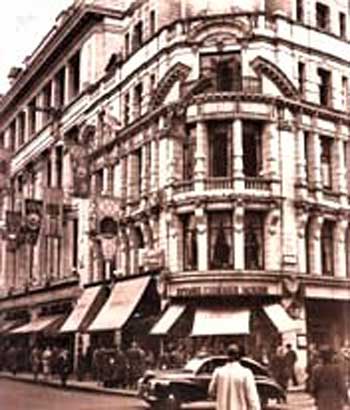 In 1946, bomb sites scar the area, a legacy of the Blitz which in the novel’s chronology, is five years in the past. My heroine, Vanessa Kingcourt, cannot at first find the theatre where she’s hoping to work because all she can see is charred brick and rubble. It’s not her first experience of getting lost in London. On a previous visit to meet the father she hasn’t seen in nineteen years, she struggles to find The White Hart on Drury Lane in the freezing blackout. This, by the way, is a real pub, said to be the oldest licensed premises in London. 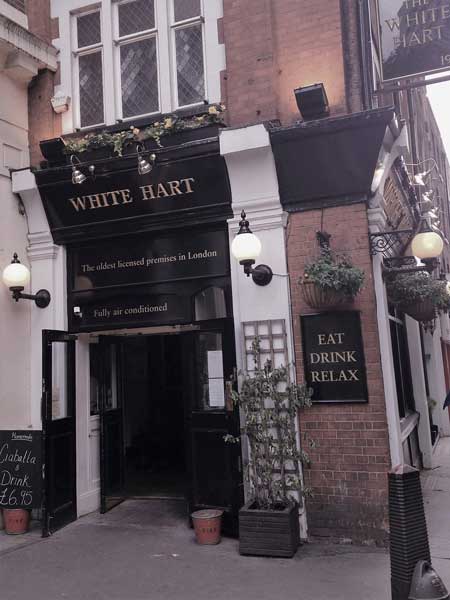 To bring The Wardrobe Mistress alive, I needed a theatre and I invented The Farren, based on the real life Fortune Theatre in Russell Street. The Fortune is an intimate venue where, in 1983, I went to see the revival of a 1920’s musical, Mr Cinders and was charmed by the theatre’s plush, Edwardian interior. 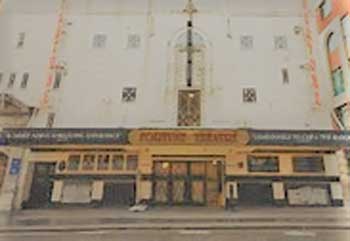 My invented theatre is named after a real 18th century actress, Elizabeth Farren, and I describe it as a ‘Georgian gem’, hardly altered in two centuries. Outside, however, it has a 1930s modernist façade, similar to The Fortune’s. All Vanessa sees as she picks her way across rough ground towards the place that will provide the stage for her emotional journey is, “A stranded cube of a building. Farren Court had, in effect, been wiped off the map.”

The Farren has survived the war, just. Farren Court is a fictional location, though there really was heavy bombing exactly where I have placed it. Based on the real Martlett Court, it is a narrow lane that joins Bow Street by the Magistrates’ Court. So many of the old alleys of London are gone but some do remain, such as Cecil Court, where my hero, Alistair Redenhall, lives. You might wonder why, when London is a warren of a thousand streets, I feel the need to invent new ones? The answer is that I like to create a world based on concrete reality, but with mystique and invention thrown in. Rather like the London you see reflected in a mirror, it seems real but is actually a detailed mirage. 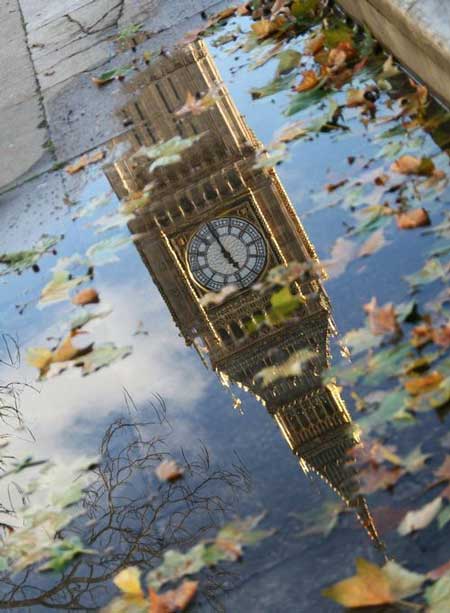 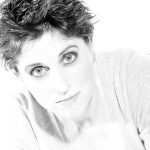 Thank you very much for the personal tour Natalie!