A visit to the French Riviera with Rachel Rhys

Rachel Rhys’ latest novel, the fantastic Fatal Inheritance is out later this week, so why not visit the setting and get settled in plenty of time! Let’s head down to the French Riviera! 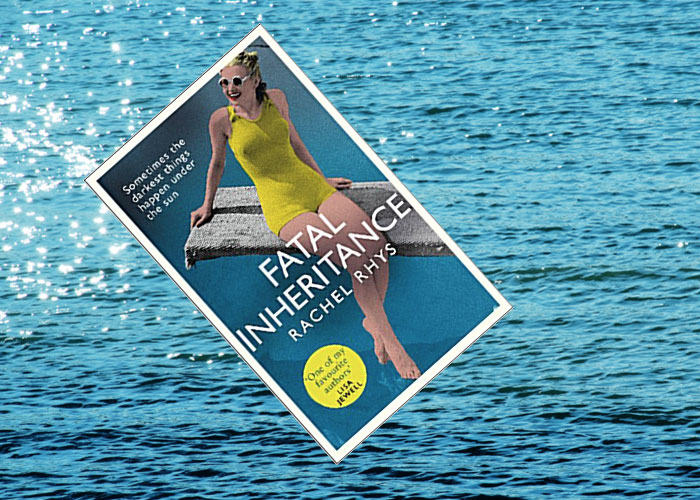 The French Riviera. Is there anywhere else in the world so synonymous with glamour and sophistication, with natural beauty and unnatural excess? Somerset Maughan, one of its many famous residents, described it as a ‘sunny place for shady people’, and it has always had that dual identity – the shiny, dazzling surface that hides a seedy underbelly where literally anything goes.

Until the 1920’s the stretch of Mediterranean coastline that starts in Toulon in the west and continues through Nice and Monaco to Menton on the Italian border, was a winter destination for affluent travellers from Britain or Northern France or Germany, looking for a mild climate to escape the cold weather months. No one would have dreamt of staying thorough the summer. Imagine if one got a suntan? How perfectly vulgar! 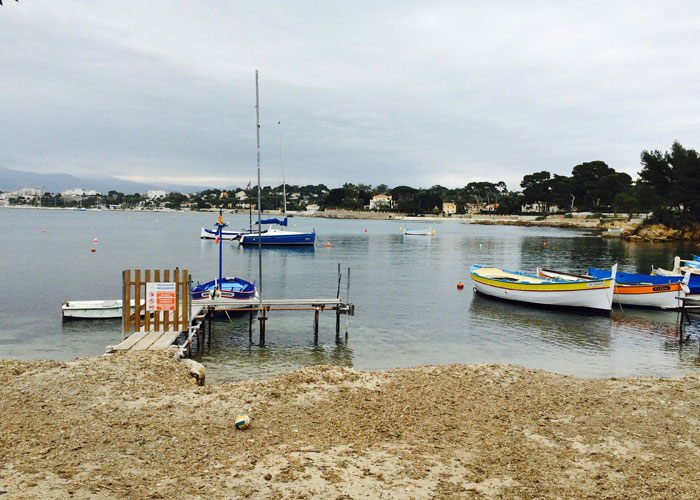 Then in 1922, a wealthy, charismatic American couple, Sara and Gerald Murphy – later immortalised as Dick and Nicole Driver in Scott Fitzgerald’s Tender is the Night – arrived on the Riviera and persuaded the charming Hotel du Cap to remain open year-round while they built themselves a house nearby. Villa America became a magnet for the greatest writers and artists of the age. Scott Fitzgerald arrived with his highly-strung wife Zelda, staying in a nearby mansion, now the Belles-Rives Hotel, where legend has it, he once locked a troupe of musicians in a room, allowing them out only once they’d played to Zelda to stop her from leaving. Hemingway came to stay as did Cole Porter. Regular visitors included Pablo Picasso, John Dos Passos, Igor Stravinsky, Coco Channel. It was an age of artistic excess. There were fancy dress parties on the beach that lasted all day, and the self-destructive Fitzgeralds were known to dive at night from high rocks into the black sea below in full evening wear. 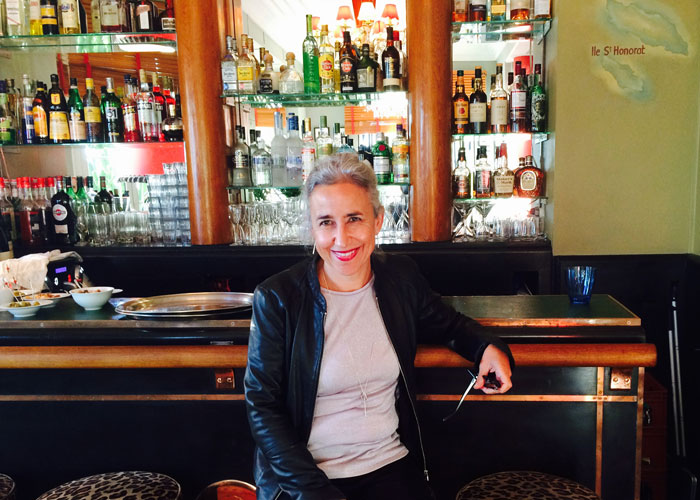 During the 1930s, it was the turn of the British upper classes to colonise – and scandalise – Cote d’Azur. The Mosleys, the Guinnesses and the Churchills played bezique in the shade of the umbrella pines, and drank cocktails and champagne into the night, before climbing into their motor cars to speed around the hairpin bends of the Corniches ready to lose vast sums on the card tables of the Casino de Monte Carlo. This is where Wallis Simpson and The Prince of Wales came to lick their wounds after the abdication and Winston Churchill escaped from the pressures of politics. 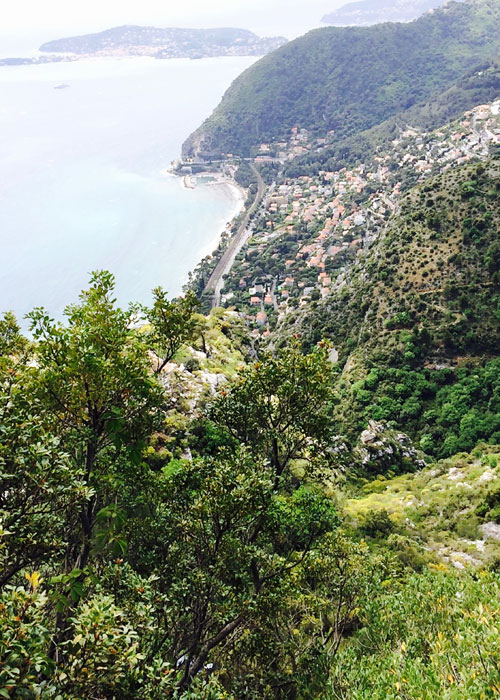 The war though put an end to the frivolities and excesses. The British socialites and American heiresses packed up and headed home, leaving their villas to be billeted first by the Italian Fascists and then by the Germans. While the North of France suffered being occupied by their enemies, the south lived in uneasy coexistence with them. And though the Riviera escaped the physical destruction visited on much of the rest of Europe, the psychological scars left by this period in which neighbour was encouraged to inform on neighbour and the grand hotels became holding pens for French Jews waiting to be sent to the camps in Germany, would linger for decades to come. 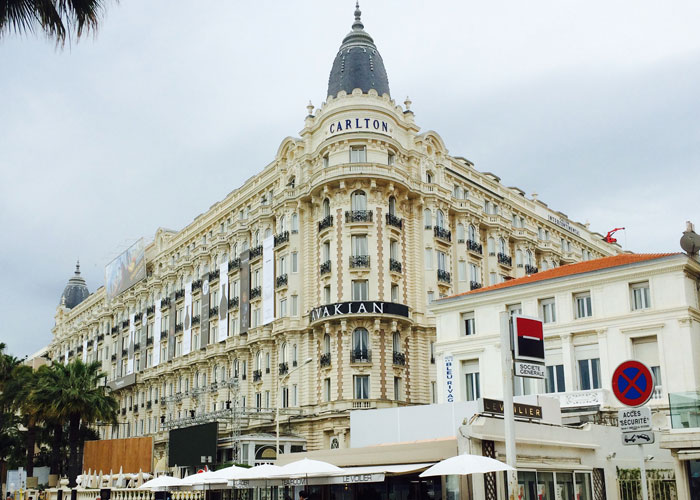 By the late forties, the Cote d’Azur had in many ways returned to its former dazzling self. The well-heeled guests were back swimming in the pool cut into the rocks at the by-now exclusive Hotel du Cap, the yachts once more criss-crossed the bay between Antibes and Cannes, and the playboys were monopolising the casinos in Nice and Monaco. What’s more, Hollywood had also got a taste now for the Riviera life. The first Cannes film festival was held in 1946, and from then the area played willing host to a steady stream of international stars including Elizabeth Taylor, Marlene Dietrich and of course Rita Hayworth who, in 1948, married the Riviera’s most eligible bachelor, Prince Aly Khan. Khan celebrated the occasion by pouring 200 gallons of cologne into the swimming pool at his palatial villa Chateau de l’Horizon in Golfe Juan. 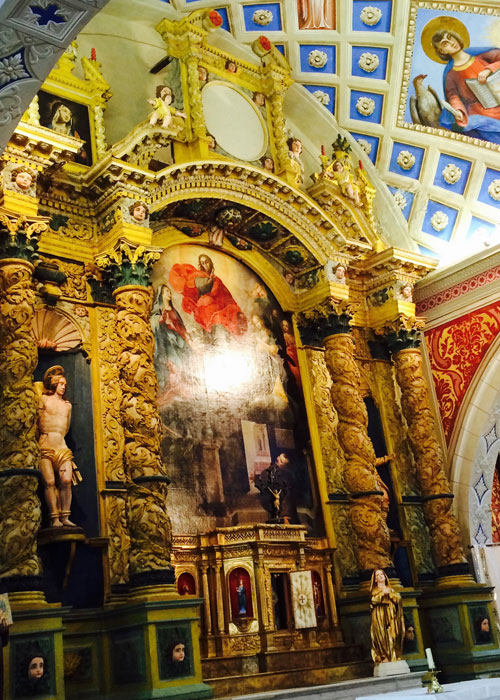 In direct contrast to the UK, and so many other European countries, which were still mired in austerity, trying to rebuild themselves from the rubble left behind after the war, the Riviera appeared sun-splashed and carefree and once more a byword for luxury and excess.

But underneath the glamour lay a far darker, sleazier picture. While the Riviera’s super-rich residents bought whatever they wanted on the black market, the rest of country was still living on meagre rations with many going hungry. Even amongst the wealthy there was a surreptitious tightening of belts. Guests at the grand hotels declared themselves fans of picnics to avoid paying for lunches. 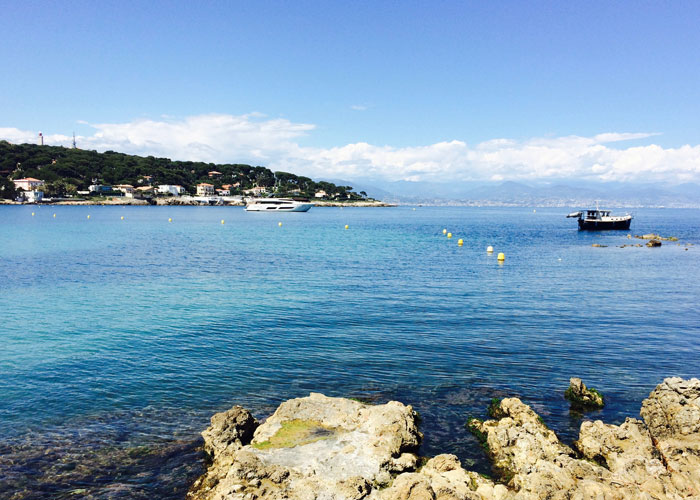 Now people who’d remained in the area during the war, eyed each other with distrust with few wanting to admit what they really got up to during that murky time.

Even the fairy tale wedding was to have an unhappy ending, with Rita Hayworth filing for divorce on the grounds of ‘extreme mental cruelty’ just three years after she stood on the terrace of her groom’s chateau and cut her wedding cake with a crystal sword.

The huge gap between the superficial beauty and glamour of the Riviera in the 1940s and the often-sordid reality of what lay underneath was what drew me to set Fatal Inheritance here.

My heroine is Eve Forrester, a young woman trapped in a loveless marriage in grim post-war suburban England, who travels to the South of France in 1948 to claim a mystery inheritance. While there she rubs shoulders with famous artists and writers and even befriends film star Gloria Hayes, who is about to marry local playboy and heir to a shipping fortune, Laurent Martin.

At first Eve is dazzled by her new surroundings, where, according to a Life magazine article from the time ‘the men wear practically nothing and the women a good deal less’. But gradually she becomes aware of the dark shadows lurking beneath the famous golden light of the French Riviera.

It will come as no surprise that I loved researching this book, drinking cocktails at the Hotel Belles Rives, where if you strain hard you can still hear Zelda Fitzgerald’s laughter echoing off the stone walls; walking the rough path around the tip of the Cap d’Antibes, pungent with the scent of the tiny Pittosporum flowers; being driven around the heart-stopping hair pin bends of the upper Corniche with the Mediterranean Sea glittering at the bottom of the sheer drop to the side of me.

Though your average Riviera resident is now more likely to be a Russian oligarch than an impecunious writer, the rich, murky past of this region is still visible if you scratch beneath its gold-plated surface.

There were so many contrasting stories here in that post-war period – of heroism and betrayal, of breathtaking beauty and of the kind of careless greed that builds fortunes and destroys them too.

Yes, there were palm trees and mimosa and oleander and soft purple dawns and beautiful people, dripping with talent and diamonds. But, as long-term American resident Elizabeth Foster observed, there was also ‘an atmosphere which melts the moral marrow’.

What more could a novelist ask?

With many thanks to you Rachel for a remarkable and insightful interview!