Amsterdam  – you need the Marnie Riches tour! It’s a unique city and a unique place to set the novels which Marnie writes…why? Marnie loves Amsterdam and has lots to champion the city for….So, over to her! 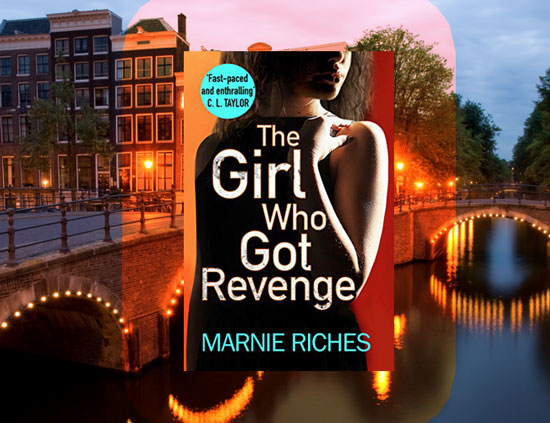 The Girl Who Got Revenge is, like the other four George McKenzie titles, a gripping, twisty story about people trafficking. This time, however, there is a historical element to it. George and Van den Bergen are compelled to uncover the wartime secrets of four elderly men who die under suspicious circumstances. How does the mystery of their deaths relate to a truck, discovered in the Port of Amsterdam, which is found to contain scores of dying Syrians and one dead girl? This is the sort of complex yarn that could only unfurl in a location that is both a major European port and also a city with a rich, rich history: Amsterdam, of course! 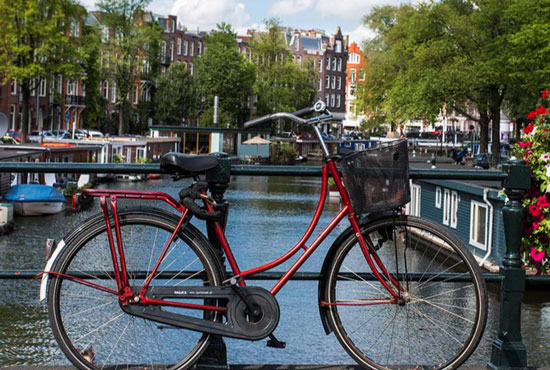 But why did I choose Amsterdam in which to set a series about a feisty British criminologist and her cantankerous Chief Inspector partner, rather than, say, Stockholm or Copenhagen or Hamburg? Well, Amsterdam is one of my favourite cities in the world. I’ve visited the place many, many times, but perhaps my first memory is of a weekend spent with my mother in celebration of her birthday. It was the start of February and it was snowing. We stayed in a youth hostel near to the Centraal Station, relieved that we had a dorm all to ourselves, but bemused that a slice of orange was served up with our cooked breakfast! My mother and I always enjoyed travelling together, though she could never afford to venture beyond Europe.

Having loved the narrow streets and canals of Venice when I was small, we both fell in love with the mysteries and histories that turning each corner seemed to unlock. The red light district was both seedy and fascinating with its red-lit booths full of scantily clad, bored-looking women; the flower market’s brilliance of colour and mind-blowing floral variety was stunning; the architecture, with those four and five storey narrow buildings leaning improbably outwards as though they might tumble into the canals, was a thing of medieval wonderment. I adored it. When I came to choose a second language to sit alongside my study of German for my degree, Dutch was an obvious choice. Though I spent a compulsory spell abroad in the neighbouring city of Utrecht, I visited Amsterdam regularly and it is there that I wish I’d lived for a year. 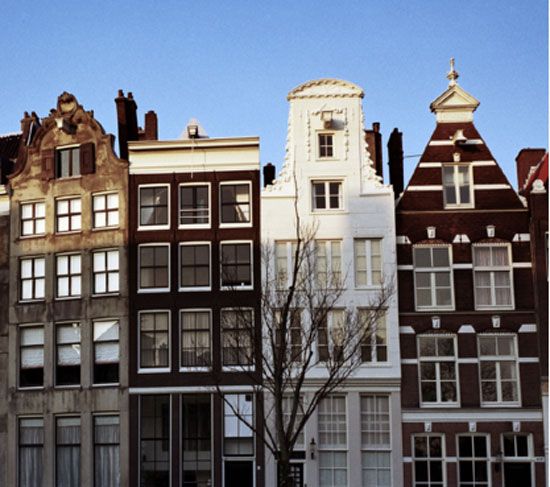 Fast forward by almost a couple of decades, and like millions of other crime-fiction readers, I caught the Millennium Trilogy bug when Stieg Larsson’s heroine, Lisbeth Salander barged her way onto our bookshelves in 2008. A love of Jo Nesbo’s Harry Hole books quickly developed as Larsson was no longer around to satisfy my Scandi Noir needs. It was then that I decided to switch from writing children’s fiction to crime. If I were to pen a series with a strong, edgy heroine like George McKenzie in the narrative driving seat, the setting could only be Amsterdam! The Girl Who Wouldn’t Die was born in 2009, though she remained on my laptop for several years before being published.

Amsterdam lends itself perfectly to being the setting for a crime-fiction series. It’s the epicentre for European ecstasy production, marijuana is legal there, as is prostitution. But for me, given that the common thread running throughout all five books is trafficking – be it drugs or people – its status as a port with proximity also to the Hoek of Holland, where passenger ferries shuttle back and forth to the UK, and of course, to Rotterdam’s world class commercial port is paramount in importance. Amsterdam is a launch-pad for criminals to the rest of the world. Face West, and you can cross the sea easily. Face East, and the whole of Europe and Central Asia beyond are at your disposal. It’s a European hub for international organised crime, and this is reflected in the city’s ethnic makeup. Those narrow little booths in the red light district are full of girls from the Far East but also parts of Africa and the Middle East. How many are illegal immigrants, trafficked to Amsterdam and forced into sexual slavery by ruthless criminals? The shocking answer is more than you’d think. 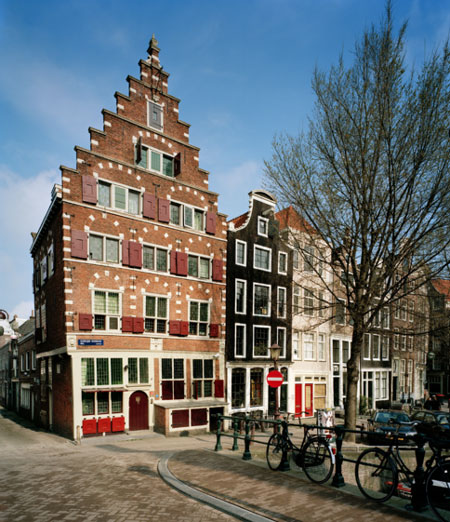 Historically, the Dutch acquired an empire that included the Dutch Antilles in the Caribbean, Indonesia and Surinam. They’d had interests in South Africa too, of course. It is a nation of sea-farers. But it’s also the home to citizens from former Dutch colonies and it has always been a refuge to people fleeing war and persecution in their homeland. Whenever I visit on holiday, I get a feel both for the city’s innate Dutchness but also I sense that Amsterdam provides a window on the world and is a barometer for the political and economic stability of the world beyond European borders. 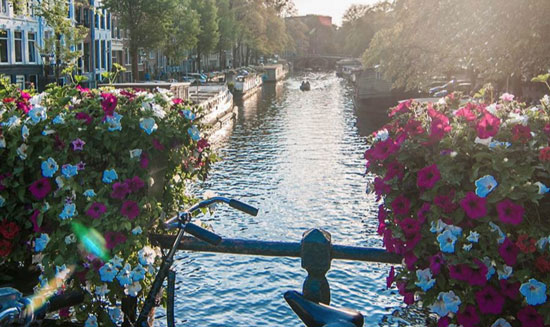 The Girl Who Got Revenge looks at the present and the past in equal measure. It feels very much like a portrait of an ever-evolving Amsterdam. Why not read it and see if you too fall in love with this city of many layers and colours?

Wow Marnie – that was quite a visit! Thank you!! Amsterdam through your eyes is quite the city!

BookTrail Boarding Pass: The Girl Who Got Revenge