The magic of silk weaves its way through the Departure lounge today as Debbie Rix is bringing the magic of Amsterdam, London and Venice via the magic of the most beautiful of fabrics… 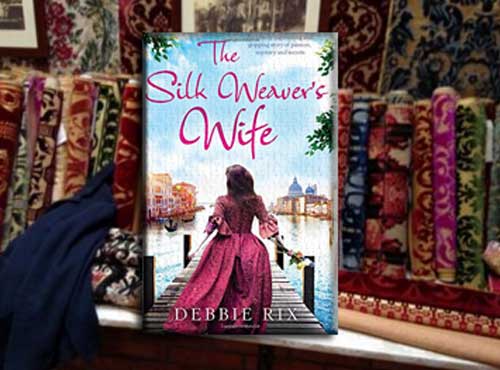 I wanted to focus on several themes in this novel.   Silk production first and foremost, but also the significance of women in the silk industry and the arts more widely.  I was also fascinated by the issue of divorce and forced marriage.

The story begins in a villa near Verona.  The action moves to Venice, then Amsterdam and on to Spitalfields in London, before returning full circle to Verona and the nearby Italian lakes.

Silk production was at its zenith in Italy in the seventeenth and eighteenth centuries, particularly in the wider Veronese area, so it seemed the natural location in which to base the novel.    Venice had a vast number of silk mills at that time, so it was an easy decision to set part of the story there. Venice was also the seat of the patriarchal court which passed judgement on divorce cases, often – and unusually for that time – granting divorces to women who had been badly treated by their husbands; this was a major theme in the book. 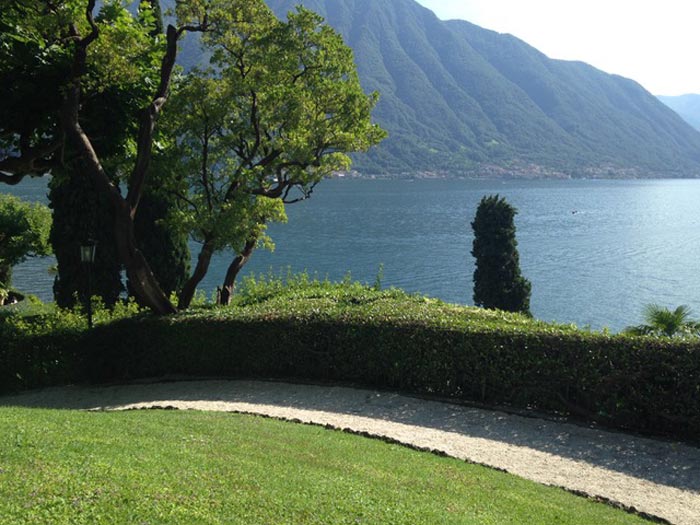 I was keen to highlight women who were silk designers.  I was inspired by Anna Maria Garthwaite who lived and worked in Spitalfields, but also by the artist and entomologist Maria Sybilla Merian who was based in Amsterdam.   So those two locations became central to the novel.

The time period is very unique too…

The time period was driven by the ‘real-life’characters I wanted to feature such as Maria Merian who lived in Amsterdam in the early eighteenth century. This was also a peak time of silk production in both Italy and London.   So those were the constraints.  In the end you don’t choose your time with a historical novel.  You choose your subject and the time period is what it is…

Any special links to your location?

I have been to Venice many times and love it, so it’s always a joy to set a novel there. I’m sure anyone who has been lucky enough to go to Venice has special memories of it.  On my last visit – when I was researching this novel, I visited an extraordinary silk mill which still uses the original Jacquard looms. I felt so privileged to be allowed to observe the weavers at work and I was shown many examples of their fabulous silks which are still produced today for the ‘great and good’ around the world. 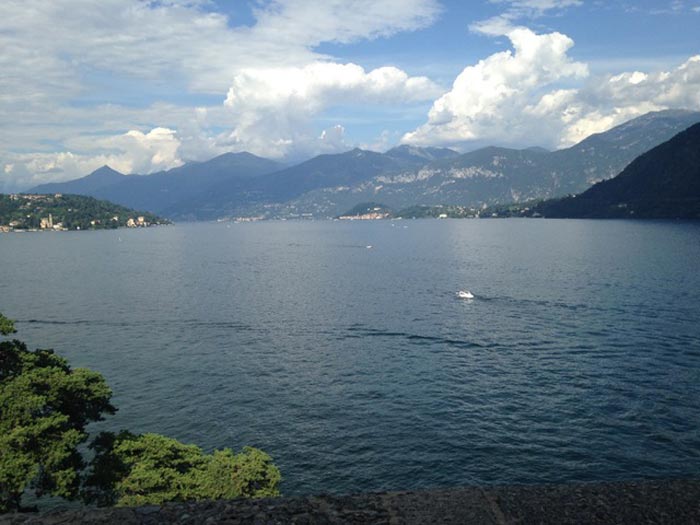 The villa near Verona, where the story begins, was based on a real hotel that I stayed in a few years ago.  My husband and I spent a wonderful few days there in one of the hottest summers they had ever experienced!  It was so atmospheric, and although I had no firm story in mind which would incorporate this lovely location, I left it with a strong sense that the villa would feature in some future novel one day.  The other villa mentioned in the novel is on Lake Garda.  As a child I visited the Italian lakes regularly with my family. I developed a real love for the area; they are part of my DNA:  the sounds of the water lapping against the pontoons, the sail boats and passenger boats that plough up and down all day delivering passengers to the little villages dotted on the lake-side, and the curious micro-climate of the lakes with their storms and mist and sunshine – are all seared in my memory. Lake Como continues to be a significant centre for silk production to this day, so it was inevitable that part of the story would be based there.

I started on the Internet and found a variety of places of interest  – silk mills, manufacturers and museums. That’s how I got the bones of the story.   Last summer I went on a tour of Verona, Venice and the Italian Lakes to follow that research up. It’s one of the delights of the books I write that I get a chance to visit so many beautiful places.

The art of silk weaving is amazing. What kind of research did this involve? 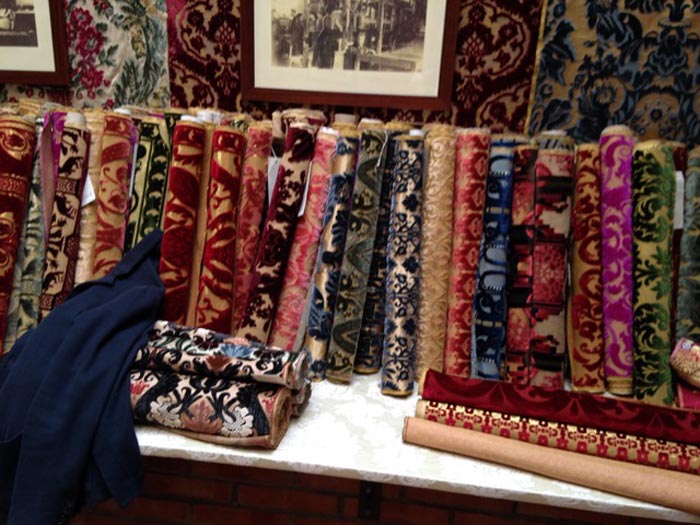 I began by visiting an Italian entrepreneur near Verona who is trying to re-establish the Italian silk industry.   He is attempting to bring the industry back to life by spinning indigenous silk, and I spent a fascinating day with him and his team, learning about the complete process of silk production.  I had no idea when I started the research quite how complicated it was – from the laying of the eggs through to the spinning of the thread. He had found an old spinning machine in a museum and brought it back into production and I was lucky enough to watch his team at work spinning pure white silk thread from thousands of cocoons of silk. 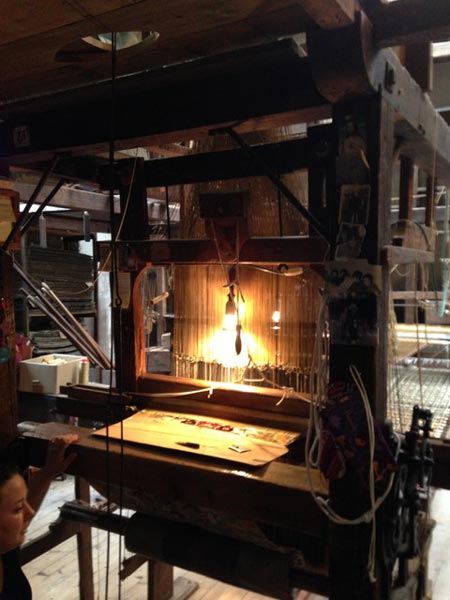 He introduced me to the family who run the Bordignon Mill in Venice who were kind enough to let me study their old fabric books, as well as spend time in the mill room itself – where I watched five young art graduates operating their original Jacquard looms.    I also visited a modern mill north east of Venice where they produce the latest fabrics for Chanel and Maxmara on huge stainless steel looms.  I spent time at a remarkable silk museum in the area too – who had a fabulous reconstruction of an old silk mill.  In London, I visited the V & A museum where there is an extensive collection of 17th and 18th century fashions, featuring the work of silk designers Anna Maria Garthwaite and James Leman who were both based in Spitalfields.   Gazing at those beautiful clothes you were able to get some sense of the work and effort that went into creating just one length of these remarkable silk fabrics.

Do you own anything silk yourself?

Oh yes!  I love silk – who doesn’t?   I have numerous silk scarves but also one or two fabulous silk shirts.  I also have a silk jacket – made from a silk scarf – that literally floats as you walk in it.    When I was a girl silk was so expensive that I learnt to sew in order to make my own silk shirts.  I bought silk from the market and spent a lot of time choosing patterns by top designers like Calvin Klein.   It’s incredible how much less expensive silk has become over the intervening years and it’s wonderful that silk is so much more accessible.

A pure silk dress is a delight to wear, and I love how designers and fabric manufacturers are able to combine silk with other fabrics these days to make them more wearable. A cashmere silk stole would be pure luxury.