Chat with the Ragdoll man himself….

There are many books which I am more than looking forward to – but THERE IS ONE – which I think is going to be mega. Ragdoll – a thriller, murder, serial killer thriller with a difference… 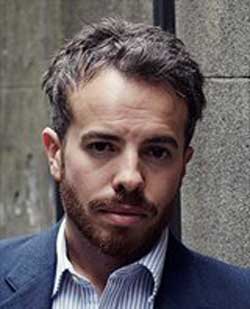 Be prepared to be amazed…

I braved meeting the author for a chat – well you never know what to expect from a man who kills for a living – fictionally of course but still hehe.  And crime writers ares really the loveliest people there are!

Hi Daniel! I’m almost scared to ask but what gave you the idea for Ragdoll’s methods of murder?

I have no idea – a misspent youth watching crappy horror films perhaps. Having said that, I wanted inventive but not overly complicated ways of killing people. I didn’t want to get too bogged down in the procedural elements of the case but still wanted to surprise the reader – and that was the balance that I finally settled on.

Why set the novel in London? Does it lend itself well to scary shadowy figures?

I never considered setting Ragdoll anywhere else. Perhaps because the story and characters were so inherently British, I wanted to set the book on the grandest stage possible. I love that London is so full of history – there are statues all over the city (like the Recording Angel above the entrance of the Old Bailey) and most people won’t know the meaning behind them, and still, I’m able to incorporate the more mundane elements of my character’s lives such as Tesco Clubcards and replacement bus services.

I haven’t spent an awful lot of time there but know that it’s quite a trendy area. The book only focuses on Wolf’s rundown backstreet and is no reflection on the rest of the area. 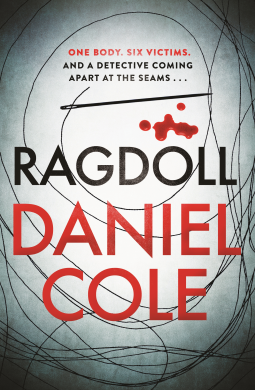 Have you stayed in the ME hotel in London which features in your novel?

I haven’t. It’s a bit posh for the likes of me. I found out about the amazing lobby area on the Internet and then went to visit in person. I took a few sly photos on my phone and hung around looking shifty for about as long as I could before promptly leaving.

You’ve worked as a paramedic which could work out quite handy when readers start to faint. Did this career in a weird way inspire the gory side of the book?

I think a medical background certainly helped while planning the murders and perhaps brought a more graphic element to the violence – Paramedics don’t see ‘guts’ – they see bones and organs and muscles. At the same time, hopefully this gave these hyper-real scenes some sort of grounding.

Nathan Wolf has the perfect name for an investigator of this gruesome crime. How did you put yourself in his mindset?

But William Oliver Layton-Fawkes has an even more perfect name! You must have read an older version of the book before the necessary name change (I won’t bore you with the reasons why). I’m not sure about getting into my character’s mindsets, but Wolf was a combination of all my favourite heroes from film and TV – part Captain Mal Reynolds from Firefly, part Sawyer from Lost. Rick Grimes from Walking Dead, set off against Lethal Weapon’s Martin Riggs… among others.

Any real historical crimes which have influenced the book?

Afraid not. Worryingly, it was all just my warped imagination. 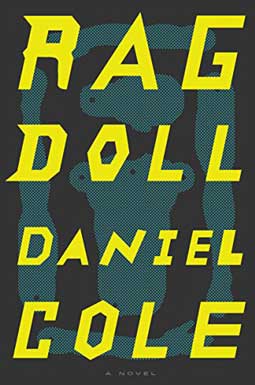 What’s next for Ragdoll?

The first draft of book 2 is in the bag and is certainly the clichéd bigger, darker, more shocking sequel that you’d expect it to be. I’m really happy with it. I have also read through the pilot episode for the television series, which was brilliant and has a very talented team working on it. And I will be spending the new year promoting Ragdoll to anybody who’ll listen and starting work on book 3.

And how do you suggest we relax with the palpitations this book will create?

Do as Wolf would do: an extra hot, double shot, skinny macchiato with sugar-free caramel syrup.

Well you heard it here first – coffee to quieten the nerves and don’t what ever you do read this book at night, or on your own, or if you’re of a nervous disposition. But you should read it, as you’ll never forget it. And Daniel is one funny and normal guy despite what his warped imagination might produce…(his words not mine!)

RAGDOLL the novel to watch

This piece of Cole is HOT literary property  – once you’ve read this book, it will burn in your mind for a very long time…and you will never ever think of Ragdolls in the same way again!

Ragdoll is due out in February