Dinah Jefferies is due round at any second and I’m just taking the cakes out of the oven. There’s a story behind that – the cake I was planning didn’t really work out so I have had to think on my feet and make some more mixture and adapt the original design. blimey you don’t see this on master chef… 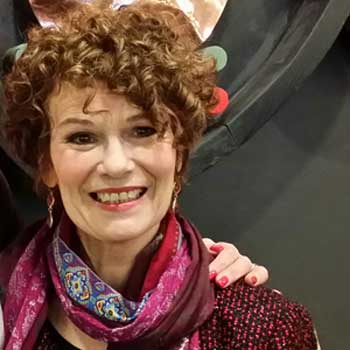 Well miracles do happen and the cakes have worked out fine – just time for  a little icing and Dinah will hopefully love them. I’ve misjudged the quantity needed and ended up with 24 so hope she’s hungry!

(banana cake ended up as banana cup cakes. There’s another 23 where that one came from so I hope you’re hungry!)

The inspiration for The Separation arose from a childhood spent in Malaya during the 1950s. How personal a story was it to write?

In some ways it wasn’t a personal narrative at all as the characters and the story are entirely fictional. But personal experience does come into it, and I drew on my childhood memories to bring Malaya and 1950s Britain alive. My mother’s black and white photograph albums helped too, as did her memories of what it was like for adults in Malaya. The most personal part was drawing on my own experience of the loss of my son to write Lydia’s story, though I think that also impacted on Emma’s experience of being separated from her mum and the country she loved. 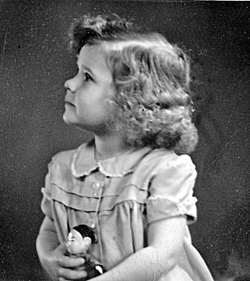 The historical setting really is stunning but what was going on in the country at the time was so shocking. Do you think this is  period of history that is not very well documented in the West?

I think it is partly forgotten, though it was very important at the time. The Emergency was not a straightforward struggle for Independence, but a bid by the Chinese in the jungles to turn Malaya into a communist state. So from the British point of view, and many others too, the Emergency was actually a fight against communism, during which time a great deal was learnt about terrorism and how to deal with it. I don’t go into this so much in the book as I felt it would have complicated the fictional story too much.

On your website you say that ‘the setting is always where I begin’. We love that here at the booktrail! Why is setting so important do you think? What does it mean to you?

For me the setting suggests everything, followed by the period. Once I think of a place that appeals to me, characters and stories start to form in my mind and a multitude of potential scenes begin to jostle for position. I love investigating a place and time, and am excited by finding out what was going on and who might have been there. I start with WHERE and WHEN and then move on to the WHO and WHAT. I always find it amazing how much story a setting can generate. The hardest part is whittling down the ideas into a coherent narrative. 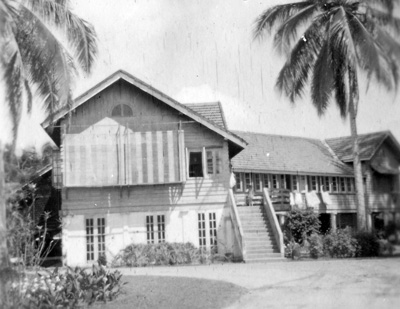 Which places would you suggest readers visit or learn about to experience your book even more?

I haven’t been back to Malaysia because I didn’t want to lose my sense of the past, so I can’t really answer that as it is a very modern country now. Perhaps buy a travel guide and see what appeals. I was born in Malacca, as it was, Melaka now, and we moved to a different part of Malaya every year. My father’s job was to oversee the repair of postal services damaged during the Japanese invasion and that were, once again, being damaged during the Emergency. So we lived everywhere including Singapore, Johor Bahru, Penang and so on. 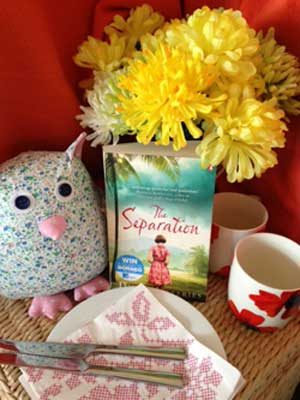 Which kind of food and drink would you recommend?

Among others there are three major ethnic groups: Malay, Chinese and Indian. So try something from each. Nasi Goring was my childhood favourite but Malaysian cuisine is highly complex and diverse. Have fun with a broad range of flavours that include lemongrass, coconut and shrimp paste.

Can you tell us a bit more about the Colonial attitudes in Malaya at the time of your novel?

Colonial attitudes were very different and completely at odds with the way we think these days. Colonials displayed a sense of rightness, of superiority and of entitlement that we find difficult to understand. The Empire and everything that went with that was responsible for their world view and influenced the way they thought about ‘native’ races. My experience of Malaya wasn’t like that as I went to a multi-racial school and had friends of many different nationalities. By then it was the end of Empire and everything was crumbling. I am drawn to writing about crumbling societies that had once seemed so inviolable, and in particular the way that social change affects the lives of women and children.

What fascinates you about Malaysia and would you like to go back one day?

It isn’t just Malaysia that fascinates me, it’s South East Asia and the Far East generally. I think being born in that region of the world and living there as a child has meant something has remained in my blood. I love the architecture and the style and every house I have lived in reflects that. I would love to go back and was invited to a book fair there this year. Sadly it coincided with a research trip to Vietnam and a book tour in Norway, so I couldn’t go.

Well it’s finished and will be published by Penguin in May 2015 and Internationally too.  It’s set in a glorious Tea Plantation in the misty hill country beside a lake in what is now Sri Lanka. I hope the seductive setting with the scent of cinnamon and jasmine in the air will lure a reader in, though when a young girl is faced with a choice no mother should have to make, be prepared for heartbreak. You have been warned! After I finished the first draft I went to Sri Lanka to stay at a tea plantation and absolutely loved it. The research I did there really helped bring the novel alive and I have to say the cover for the book is gorgeous and I can’t wait to reveal it!

As for the ghost stories that inspired some of Emma’s parts of the book. Is there one that sticks in your mind or some story that you feel would entertain readers?

I love the frighteners (an old fashioned name for spirits or ghosts) who lurk in cracks in the pavement. If you tread on them by accident they will bite off your toes. It’s a bit like our English version: if you step on a line you’ll be eaten by a lion, if you step on a square you’ll be chased by a bear. I found most of the ghost stories during my research and I used them to create Malaya as a land of myth and magic in my character Emma’s memory. She misses Malaya and once we came back to live in England so did I. Like Emma, my early years in the East will always be at the heart of me.

Thank you so much Dinah for popping over today and for sharing your stories and memories – some of them very personal so thank you.  You loved the banana cakes? Well that’s good as there are 20 left so I’ve packed the remainder in a couple of tupperware so you can take them home. Enjoy!