The Translation of Love with Lynne Kutsukake

I am sitting here today in a cherry tree lined garden, sipping jasmine tea and waiting for the author of a very remarkable book to enter the gardens and to sit with me. Lynne Kutsukake has written a fictional novel but one based on some fascinating real life detail of the role of translators during wartime. The Translation of Love for me was a beautiful title and a remarkable read so I feel very privileged to be sitting here now. We have cherry bakewells on the table, petals arranged around the plates and the aroma of jasmine tea wafting in the air.  Booktrail the locations in the novel here

Hi Lynne! I cannot begin to tell you just how lovely it is to meet you today! I have a few questions for you. Shall I start? 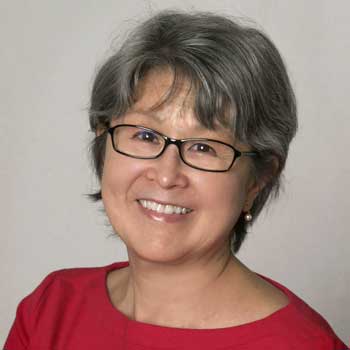 You yourself are a third generation Japanese Canadian. Was this story a particularly poignant one to read given your heritage? The Treatment of the Japanese Canadian’s in the novel was heartbreaking to read about!

You highlight many unknown aspects of the American Occupation of Japan. Were there aspects difficult to write about and what was the most shocking thing you discovered?

I was shocked by the extent of the devastation caused by the fire bombing of Tokyo and by how much homelessness and starvation there was. I was also shocked by how many women were forced into prostitution.

The fate of the women in the novel is very poignant indeed. Especially that of Aya who comes from Canada to Japan. How did you research the fate of these immigrants?

I read a lot. To research the Japanese Canadian part of my novel, I gleaned a lot from reading Ken Adachi’s The Enemy That Never Was and Tatsuo Kage’s Uprooted Again: Japanese Canadians Move to Japan After World War II.  To understand what life was like in Tokyo in the immediate postwar years, John Dower’s Embracing Defeat was essential reading. 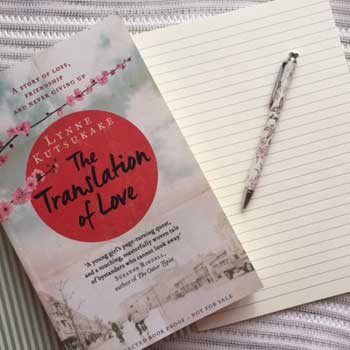 The role of letter writing was of paramount importance during this time. Many Japanese wrote to General MacArthur asking for help, people set themselves up as translators so people could send love letters, pleading letters to their lost families and loves too. Why did you want to tell this story and do you think people will be aware of the role of letter writing during the war?

I think that many people, including many Japanese, are stunned to learn that MacArthur received so many letters. I know that when I mention that he received 500,000 letters, I often hear gasps of surprise. It’s quite astonishing, really. I like the notion of letter writing as a form of communication, as a way of reaching across cultures and language and even class in order to communicate a heartfelt emotion. 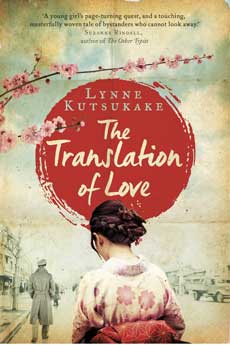 The translators featured in the novel are quite remarkable. Can you tell us a little more about them and what they did?

The Occupation could not have run without translators, and much of the most important translation and interpretation work was done by Japanese Americans who were fluent in both languages. Most of them were American-born. These second-generation Americans of Japanese ancestry (Nisei) were native speakers of English but they had studied Japanese as children and young adults. The Occupation counted on them to bridge not just the linguistic but also the cultural gap between the Japanese and the Americans. Of course, there were also many Japanese people who had studied English and who were employed by the Occupation to assist with translation, but the role of the Nisei cannot be stressed enough. They worked during wartime in the MIS (Military Intelligence Service) and then in peacetime as interpreters and translators. The most famous Nisei interpreter was Kan Tagami, General MacArthur’s personal interpreter.

The Translation of Love is a beautiful title and even more so when you’ve read the book. Did the title emerge from your writing, or when you got the idea for the story?

I’m so glad you like the title! Originally my working title was Dear General MacArthur because my novel was inspired by a book with that title by Rinjiro Sodei, which is a study of the letters written to MacArthur. But I really didn’t want to use the same title as Prof. Sodei’s book, and kept hoping that something else would come to me. Then one day, about a year into the writing process, it struck me that one of the important aspects of my book was “translation.” The title, The Translation of Love, came to me in that same instant. I never changed it. 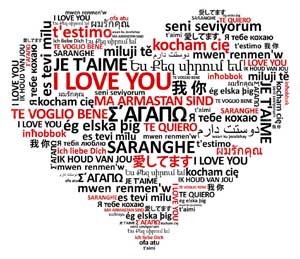 You’ve worked in a library and have studied Japanese literature. Can you tell us some of the books set in Japan or by Japanese writers that we should be looking out for?

Well that’s me off to the library as soon as I can! With so many thanks to Lynne for taking the time to speak with me today. And for highlighting the vital role of translators everywhere.