In Her Wake – Amanda Jennings

Tonight was going to be a quiet night, until a few people (mentioning no names Amanda Jennings and Victoria Goldman started tweeting about gin as Amanda’s book is out in paperback early! So, we got some cakes, some more gin and some nibbles and decided to have a bit of a do as they say in the book world. Things got a little bit rowdy at one point so I took Amanda off to a quiet corner where we’ve had a little chat!

Booktrail In Her Wake here 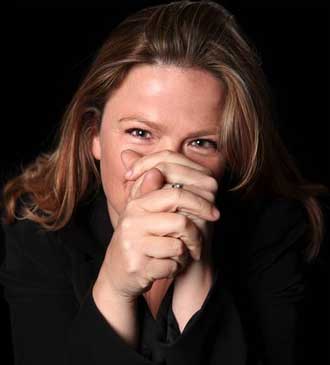 You take a popular theme – unearthing family secrets – and put a whole new spin on things. What is it about family secrets and the search for the truth that compelled you to write this novel?

I am fascinated by family dynamics. The family forms a protective barrier around us from the start, but it can be such a fragile unit. Honesty and communication are important, yet secrets are commonplace. The trouble with secrets is although often the intentions are good – either somebody wants to avoid upsetting another person or prevent maybe avoid confrontation or trouble – the fallout, the breaking of trust, can have lasting effects. The secrets I introduce to the families I write about are always unusual and ‘big’, and generally have some sort of criminal edge. I enjoy taking a family and watching what happens as they try and grapple with the fallout.

You illustrate very cleverly how complex emotional needs are and the sense of belonging. What kind of research did you do for this novel?

I read around the subject of families who had lost children. I also did some research into the effects of loss and individual stories of bereavement. I also rely on empathy. I think all writers have a strong sense of empathy. We have to put ourselves in the shoes of other people in order to write believable stories. Writers have to feel the emotions their characters are feeling. I don’t think you can be a writer of fiction without having empathy and I’d go so far as to say that people who have high levels of empathy are probably drawn to writing through a desire to explore feelings and investigate how different people might react in different situations. Identity is a key theme in my book. I am interested in what defines a person. Is it the place they feel at home in? The people they live with? The way they dress? There are all sorts of things that go into making a person who they are, including their past memories and experiences. In this book Bella has to reassess everything she thought she knew and is forced to embark on a journey of self-discovery, not just externally, but internally also.

The tragic family event you describe is heartbreaking. What this difficult to portray in your thriller?

Again I think much of being a writer is slotting yourself into different situations. When I was thinking about this book my first question to myself was ‘How would I cope if I had lost a child?’ And from there I was able to keep asking questions to help me form the narrative. For example ‘Would I want my child to be alive or dead?’ Alive. ‘Would I want her to be unharmed?’ Of course. ‘Would I want her to have had a loving family?’ Yes. But with this answer the story begins to put out tendrils. Complications that accompany the child having a happy home with those who took her. So then come more questions. ‘How would the child view that family when she finds out the truth?’ ‘What were the family’s reasons for taking her?’ ‘Why didn’t they see the error of their ways and hand themselves in?’ ‘How would the bereft family cope?’ Or not cope. Developing a story is all about asking constant questions. ‘What if..?’ is a very useful device. Just keep asking ‘What if..?’ and gradually the story begins to unfurl. That’s the mechanics of portraying this type of subject matter. Emotionally it can be difficult, of course. Sometimes writing can be all about facing your personal fears. As a mother, losing one of my children is undoubtedly one of my greatest fears. 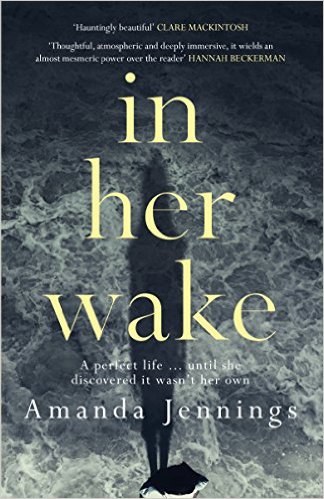 Bella has some very difficult relationships with the men in her life. She is a very strong yet confused woman. Can you tell us more about her as I found her a fascinating character!

Bella, I have no doubt, would have grown up to be a strong, feisty, independent woman had she been allowed to stay with her mother and sister. I wanted the reader to be torn, to see that on one hand she was ‘lucky’ to end up in a beautiful house with people who cared for her, but on the other, to see the detrimental effects of living with damaged people who controlled her every movement. She wasn’t physically abused, but she was controlled at every point, so much so that she when she finally left her mother and went to university she was immediately drawn to an older man who took over the controlling role in her life. It is only through discovering the truth about herself and embarking on this journey to uncover the secrets in her life, that Bella has any hope of truly breaking free.

You write with such emotion and heart tugging words. Where you do write and how do you get inside the heads of your characters?

Thank you! When I write I try and draw on the emotions I have experienced myself. So though I haven’t been through some of the traumatic experiences that my characters are living through, I am able to channel the emotion they are dealing with by using my own memory bank of emotions. So if I’m writing about sadness I’ll recall how it felt to lose my friend in a car accident at 19, for example, or when my beloved dog died. I watch people, too. All the time. (I probably look like a weird stalker on occasion. In fact, if you see someone with a notebook gazing at you oddly in a cafe, they are more than likely a writer!) You can see so much if you keep your eyes open. If you want to see raw emotion in the flesh, airports and train stations are great for observing people. Or school plays are good places to capture parental pride on show! I am a sponge when it comes to soaking up other people’s emotions and I’ve been like that since I can remember. It harks back to that issue of empathy again. Empathy is the writer’s most valuable tool.

What is your favourite place in Cornwall where you would escape to?

The beach I describe in the book – the one that Bella and Greg and friends go to for their party – is one of my favourite spots. It’s about twenty minutes away from my parents’ house in Zennor and is quite simply stunning. It’s not the easiest walk down and because of this there are rarely any people there and more often or not you will see seals playing in the shallows. Just gorgeous!

If I had a dream dinner party with authors I’d ask Oscar Wilde, Anne Tyler, David Nicholls, Caitlin Moran and Stephen King. And if I had one with characters, I’d invite Bridget Jones, Jo March, Atticus Finch, Miss Marple, Sherlock Holmes and Lassie (who I would just stroke and feed tidbits to beneath the table.)

You describe St Ives so well. What is your link to the town?

My mother and her family – all the way back through countless generations – are from the area. My sister and I have been spending summers, half-terms and some Christmases down there since I can remember. I adore Cornwall and one day, when the children have grown up and left home, my husband and I will end up there, I know.

With many thanks to Amanda for giving such great answers despite there being some banging music going on next door. These book people are quite the bunch! A whole lot of fun – they know how to let  their hair down.