Travel to Needless Alley in Birmingham with Natalie Marlow

‘We could never have loved the earth so well if we had had no childhood in it.’ This quotation, from George Eliot’s ‘The Mill on the Floss’, is one I often think about it when I’m asked about sense of place in Needless Alley. 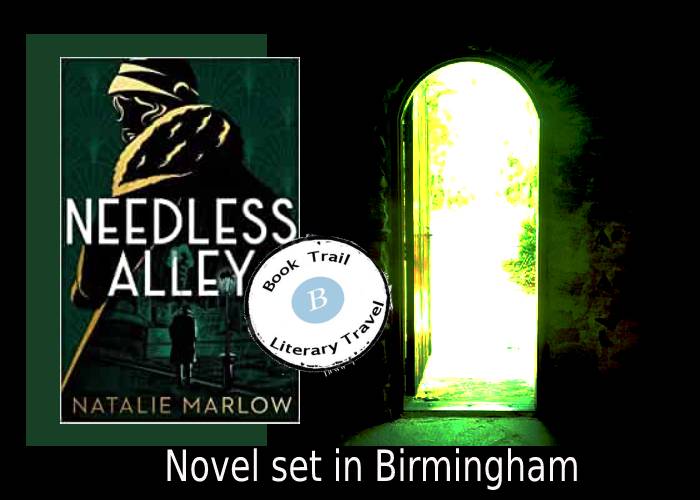 When I started writing the novel, it didn’t occur to be that it should be set anywhere but the Midlands. My home. It’s an unprepossessing place, for I am not talking of the Cotswolds or the Peak District – areas of outstanding natural beauty which sandwich the region – but the vast swathe of industrialised land, punctuated by pasture and clumps of ancient forest, in the heart of England. 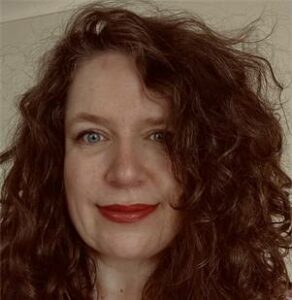 The writing of place in Needless Alley draws on my own childhood recollections. During the 1980s, much of the Victorian industrial infrastructure of the Midlands remained intact but was in a terminal decline. In the process of writing the novel, the coal-smutted, red brick edifices of my memory became transformed into a 1930s setting as if reflected in an oily city puddle.

The canal, of course, looms large in Needless Alley. My detective, William, calls it ‘a thick black slick’ and a ‘scar on his childhood.’ Nowadays, Birmingham’s canal basin is transformed. With the death of industry came a rise in a leisure economy, and although the canal boats remain, you are just as likely to see natives kayak down the canal – like Brummie gondoliers.

Come on a little tour….. 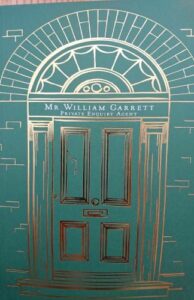 Where Queenie reigns, Gas Street Basin was once an industrial hub where coal was delivered to fuel to might of Birmingham’s 1000 trades. Now it’s home to pubs, restaurants and the excellent contemporary art gallery, The Ikon.

Bombed during the war, it’s not much to look at now. However, walk up this narrow lane and glimpse St Philip’s Cathedral, in all its Georgian glory. Then, turn right and head back down Canon Street – a little belter of a street and much beloved by local photographers.

This is where William and Clara had their first date. The museum holds a stunning collection of Pre-Raphaelite art, and a mummified cat. Importantly, Dr Bendor Grosvenor called the tearoom at the BMAG the best in the country. Who am I to argue? I can highly recommend the fish finger sandwich.

In my opinion, the gem of Victorian Birmingham and is steeped in a rich history. Visit the Coffin Works, Key Hill Cemetery, and the Pen Museum. Then, have a pint in one of the many excellent pubs. Home of my imagined Archway Club.

Outside New Street Station, The Electric is the oldest working cinema in the UK. William is a film fan and saw the magnificent Marlene Dietrich in ‘The Blue Angel’ here. Nowadays, it shows a combination of old and new movies, as well as those great National Theatre filmed performances. The seats are comfortable, and the staff will bring you a delicious film-themed cocktail, if you are inclined towards a bit of self-indulgence.

A National Trust house near Knowle, Baddesley Clinton is a personal obsession. I visit at least once a month. A medieval moated manor, it was the setting for the ITV version of The Musgrave Ritual with Jeremy Brett as Holmes, and it has a remarkable history. When William chats with the church sexton at Hindford, he is in St Michael’s churchyard, Baddesley Clinton. The strange story the old man tells him is based on Nicholas Brome, Lord of the Manor (1450-1517). However, I shan’t give you any spoilers. Either read Needless Alley to find out or visit Baddesley Clinton. If you see me there, do say hello.

Thank you so much Natasha for such  a fascinating trail of your bookish locations!