Travel to Bologna with Tom Benjamin

Fancy a city break in Bologna? That might not be possible right now but thanks to Tom Benjamin and his book A Quiet Death in Italy, you can!

This is a great book for a tour around this city. Ok, there’s murder and mystery in the novel but go there in real life with this book and you will get to see some amazing sights! The author has captured the spirit and essence of the Italian city and its people. Dive in – this is a literary travel treat! 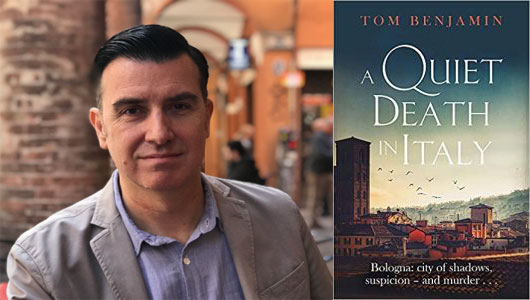 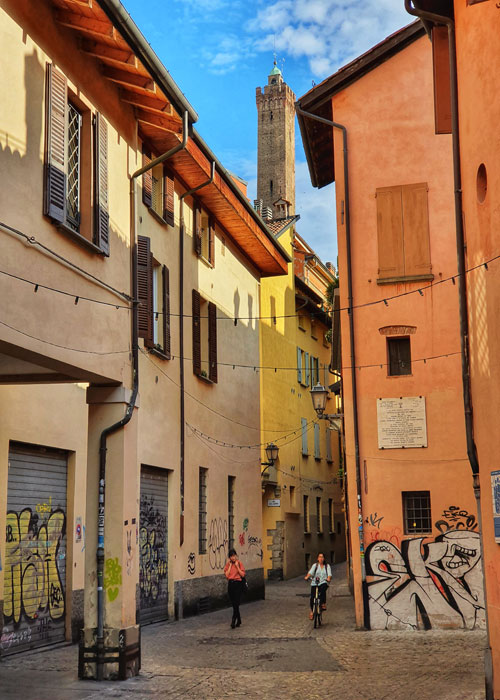 ‘The archway marked the entrance to the Ghetto, which dated back to the days when Bologna’s Jewish community had been confined to cramped quarters close to the market. Once through it, the city shrank to medieval scale: narrow, cobbled lanes that were held together by timber frames, low porticoes propped up by reclaimed Roman columns.”

‘The quarter’s official title suited it better: Ex Ghetto, as the signs rather emphatically proclaimed. What would have once been an overcrowded, ramshackle area with Via Inferno – Hell Street – running down the middle was now one of the most sought after addresses in the city…’ 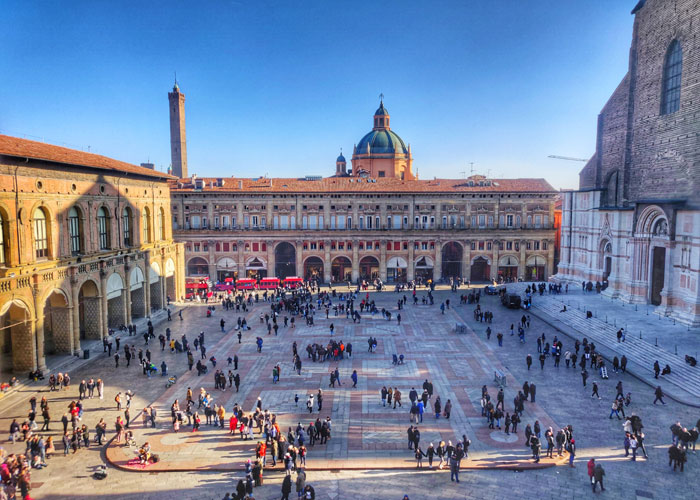 ‘I crossed Piazza Maggiore, a tour de force of the Italian centuries. To my left, the baroque copper-green dome of Santa Maria della Vita rose behind the porticoes of Palazzo dei Banchi. Ahead, the bulk of San Petronio, a church so large its construction was halted by a pope worried it was set to dwarf Saint Peter’s. I turned right into the courtyard of Palazzo d’Accursio – once the home of bishop kings and now the headquarters of the Comune.’

Interesting fact: Above the entrance, there is a grand statue of a bishop bestowing a blessing. People used to think that this is Bologna’s patron saint, Petronio, but it’s actually Bologna-born Pope Gregory XIII. Napoleon and his men invaded the city and they began to destroy symbols of the Catholic Church. However, the burghers of Bologna persuaded them that Pope Gregory was actually the saint. And so, they saved the (stone) skin of one of the city’s favourite sons. 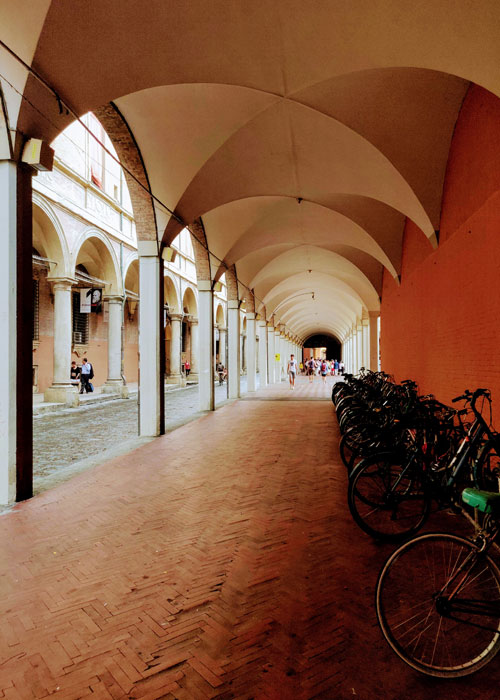 ‘The porticoes were thick with students moving between classes in the buildings that lined Via Zamboni. I glimpsed courtyards enlivened by trompe l’oeil landscapes, blotted by drinks dispensers and rubbish bins; frescoed lecture halls jammed with tatty tables and chairs. Political graffiti covered long stretches of wall, while in Piazza Verdi red and black banners proclaimed the coming revolution.’

Via Zamboni’s Renaissance porticoes mark the heart of the oldest university in the world, founded in 1088. Most of the buildings it occupies today were once home to Bologna’s aristocracy.

Daniel remarks:  ‘Over the years the institution had hopped from one old palazzo to another as noble families rose and fell and their homes had been squatted, sold off or swallowed up. Welcome to Italian academia: at once itinerant and rooted, some might say stuck, in the past.’ 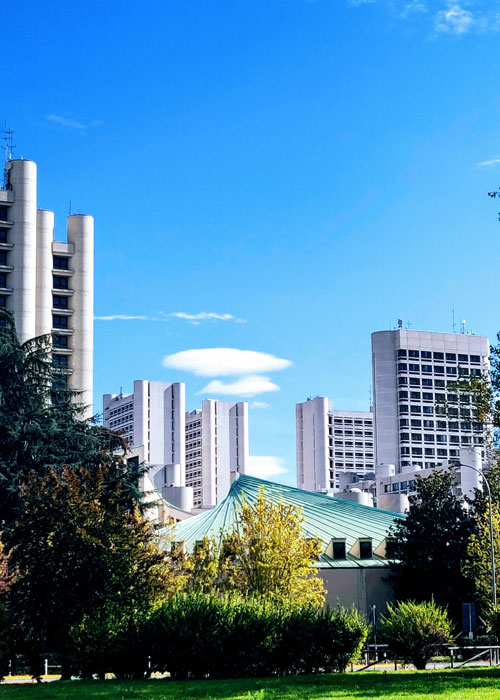 ‘The Kenzo Towers were a product of the modern Comune’s flirtation with Japanese architecture and constructed in a style you wouldn’t expect to encounter outside Tokyo – a clump of utilitarian but emphatically non-European skyscrapers just ‘outside the walls’ that were meant to pay homage to the famous towers of old Bologna but were somehow more reminiscent of a Godzilla movie set, as if they had been constructed from giant kitchen rolls and industrial quantities of papier-mâché.’ 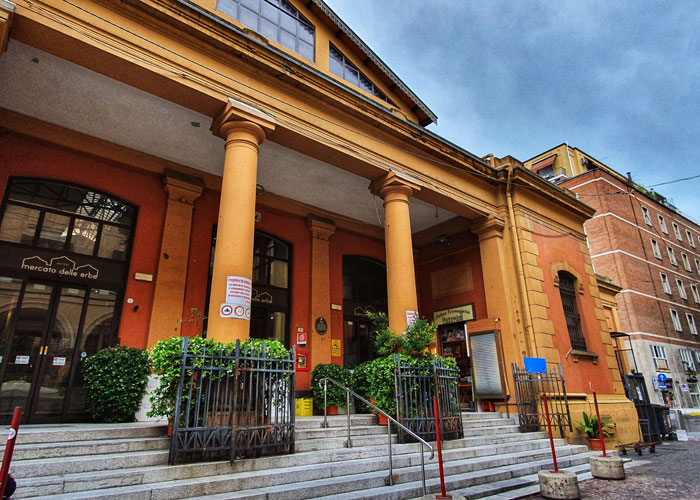 ‘Because I was close to Mercato delle Erbe I headed for the fish place where they had a cheap menu.’

The market once stood near the church of San Francesco, but it was moved in 1910. It is the largest covered market in the city centre, where you can buy fruits and vegetables and much more. In 2014, they changed certain parts of it into a food court. In the book, this is where Daniel visits Banco 32 to mull over the case of the late Paolo Solitudine.

Thank you Tom! Quite the tour – and just imagine the lovely time you could have doing this in real life reader…complete with an Italian ice cream or two along the way….