The Paris of Coq au Vin by Charlottle Carter 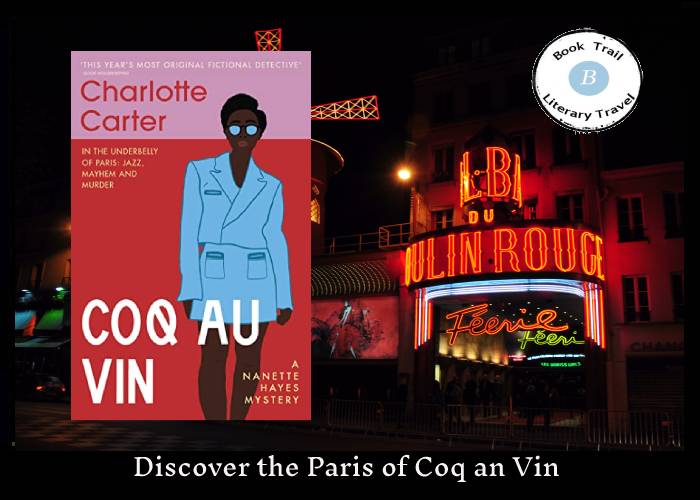 She’s “the most charismatic crime fiction heroine to appear in the last decade,” a jazz-playing, freewheeling sleuth with a knack for living cool…and landing in hot water. She’s Nanette Hayes, and this time around she’s flying high — back to Paris, the city she’s always loved, to find Viv, the jet-setting aunt she still idolizes

Moulin Rouge is the area where the jazz clubs are.

Paris comes to life through Nanette’s eyes. Just wait until you read about her wandering or running in some cases, down one of the streets in the city. She visits the clubs, she watches the world go by and as she does so, she highlights the spots where black artists have lived and performed in and around the city. This is a booktrail for the musically obssesed reader. Jazz in all its forms is celebrated here

It was sad  one of two of Nanette’s favourite haunts had shut up shop but it is fun to explore this city through her eyes as she reminisces about times past and wonders about time present.

“For all my musical forefathers, it had to do more than just make the pain go away. God. Negroes and their pain. What the f*ck were we going to do if suddenly it all did go away? Would we even know who we were anymore?”

The moment she  finds a location with a strong jazz link:

“Holy shit. You live on the rue Christine?!”

” You most certainly did not, Andre.”

“You’re tripping because you know Baldwin once lived on this street. Is that it?” 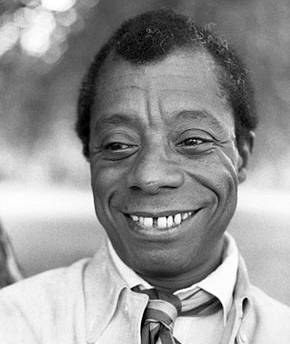 Baldwin arrived in Paris with only forty dollars in his pocket when he was just 24 years old. He fell in love with the city, not only because of its beauty and its jazz culture but also because of the break it afforded him from the racial and sexual discrimination he was subjected to back home in the United States. Find out more at the National Museum of African American History and Culture

The fashion side of Paris

Give me your tired, your poor… your Manolo Blahniks… your tart tatin.”

The gastro part of Paris

The bistro in the novel is located in Rue Monsieur le Prince. Nanette appreciates good food and because she is fluent in French and she has visited Paris many times, she is able to explore the city at will and find a whole host of good food that outsiders without the language and knowledge she has.

The pretty side of Paris

“The office where we waited had a wonderful view of Jardin des Plantes.”

Then the not so nice side to Paris

I visited at least fifteen fleabag hotels and hostels the next day. I was seeing the side of Paris they don’t print up on the picture postcards. The homless, the druggies, the bag ladies were nowhere near as numerous, as filthy, or as desparate as their New York cousins but they did nothing for tourism either.”

If you love jazz in particular and the black history of musicians in Paris, then you have to read this book and travel to Paris via its musically-infused pages.