Very excited today as that lovely Sara Sheridan has brought a box of cakes and knocked at the door asking if I would like to sample some Goodwood Goodies? There’s cupcakes with cars on them, donuts with green glaze and lots of treats to enjoy but before I could take a photo of any of this, well we’d eaten the lot. They went as fast as those racing cars do funnily enough.

Have been dying to have Sara on the blog as she has written some great atmospheric novels set in the 1950s in mainly Brighton and London with a few other locations thrown in (Goodwood for example is the latest and what a ride!) Other novels such as Secret of the Sands are set in more exotic locations but all evoke another time and place, and are perfect for literary jaunts of every description. 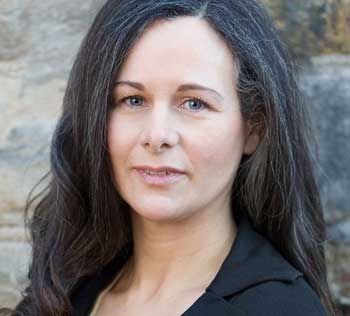 Your novels are very atmospheric and specific to time and place.What has been your favourite place to write about?

I love writing about anywhere that is specific – anywhere you can capture the spirit of. You know in London during the summer early in the morning when the air smells of baking and it’s quiet apart from the sound of an engine or two – somewhere on the backstreets. That feeling on the air when you know the weather is going to be hot. Somewhere like that, I suppose.

How much of a challenge is it to set the Mirabelle Bevan books in the past?

It is a big and lovely challenge. Before I decided to write these stories, I didn’t know much about the 1950s but it is the most fascinating era! It’s where modern Britain came from. I research in lots of different places from film archives to vintage shops. It’’s become a bit of an obsession.

Which place do you think has changed the most?

I write two series – the Mirabelle Bevan Mysteries set in the 1950s in Brighton and then books set in some exotic locations from 1820 – 1845. It’s the locations from the latter set that have definitely changed most. Shanghai for example is a Mega City these days but when Fortune visited it in 1842, it was just a small town. Likewise, in Secret of the Sands, the major locations in the Arabian Peninsula (like Dubai, for example) were little more than fishing villages. Cultures change too – Zanzibar was a slave town, which isn’t the same these days. If I had to pick one place it would be Hong Kong, though. In the 1840s it was just a marshy outpost. 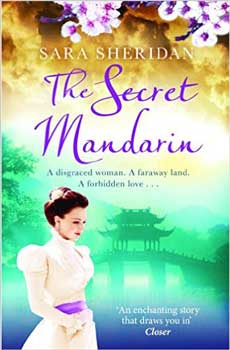 Your novel set in China (Secret Mandarin) really encapsulates China during the East India Tea company days and the Opium Wars. Robert Fortune was a real life figure but some of your book is fiction. Was this a help or a hindrance when writing?

It gave me a great skeleton to flesh out a story on. In that set of books I usually have a real-life character. That’s what inspires me to write the story. I’m about to start writing one set in Antarctica. It’s amazing!

Secret of the Sands took us to another exotic location. Was this more difficult to write given the time period and setting and what kind of research did you do?

I was ill when I wrote Secret of the Sands and I wrote most of it sitting in bed, daydreaming in rainy Scotland about the burning heat of the Arabian Sands. I loved writing it! I did quite a lot of archive research for that one in the National Library of Scotland. It’s based on the little known character of James Raymond Wellsted, and he has some papers in the John Murray Archive. I also read a lot about the region in the period and looked at paintings. I absorb detail – I’m just like that.

Three characters from any one of your books comes to your house for dinner. What would you serve them and what would be a good topic of conversation?

It has to be Mirabelle Bevan and Vesta Churchill from the 1950s books and Maria Graham who is the real-life character from On Starlit Seas . They’d be rather surprised to see each other, I suppose, but we could have a girly night in. They all enjoy great food so I think I’d make something quite exotic – maybe a curry followed by an exotic fruit salad. Cocktails all round. And secrets. After all, I know what happens to them all in the end. 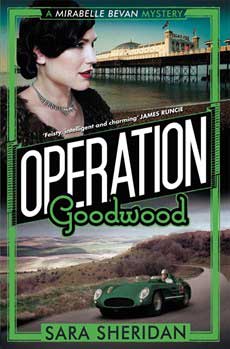 Can you tell us about your new book Operation Goodwood and give a five point tour guide as to where we should visit to ‘ see’ the book?

Operation Goodwood starts in Brighton when Mirabelle’s rather glamorous upstairs neighbour, who is a racing driver, dies in a mysterious fire. Mirabelle, obviously, is on the case, so if you’re going in her footsteps, I think a leisurely stroll along the front in Brighton, and then a pint in the Cricketers Arms, which features in lots of the books. Next stop is London for a wander around Victoria – in the direction of Belgravia, please – see if you can make it to Sloane Square. Then back down to Sussex again to the Goodwood Estate – be careful, there are murders in the offing You could also pop into Chicester on the way – and see the cathedral (Mirabelle does).

Thanks for chatting today Sara! See you on the next book x