We are in for a treat today! That lovely Lyndsay Faye, author of Gods of Gotham and Seven for a Secret has only gone and popped round for a cuppa and a cake! She’s obviously heard about my fab baking skills (ahem) and so I have rustled something nice up if I do say so myself. 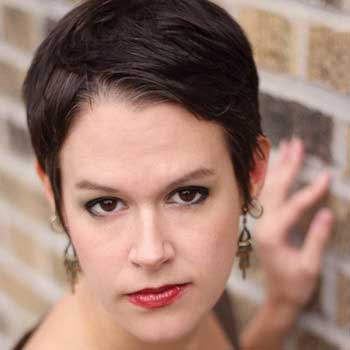 Hi Lyndsay! Fancy some cake? And a cuppa?

Hi Lyndsay! Hope you’re hungry. I have tons of questions so take a seat here, have a turret, and there’s your tea. One lump or two?

In Seven for a Secret, the second in your series about the underworld of New York, you reveal the horrific dealings of the so called Blackbirders –  those who seized so called runaway slaves from the south – (many innocents, free men were captured instead – the story of Solomon Northup is alluded to). Why was this story so important to relate?

I think that lots of Americans know the story of the Underground Railroad that formed to try to smuggle slaves from plantations up to free states and to Canada, but hardly anyone talks about the fact that free people of color were snatched up all the time and sold in the other direction.  When I set out to write Seven for a Secret, it was based partly on Northup’s account, partly on other stories told in American Slavery as It Is, and partly on the paperwork left behind by the New York Committee of Vigilance.  At the time, the film version of Twelve Years a Slave might have been in pre-production, but I had never heard it was going to be a huge Hollywood movie.  This story was so compelling to me, the idea that African Americans from metropolitan areas could just be out for a coffee and find themselves stolen for profit.  And I was extra driven about it, because at the time conservatives were making a lot of noise about racism in America being over because Obama is president, everybody can stop worrying about it and we can get rid of voter protection laws, and that is, if you’ll pardon me, a pile of horse manure. 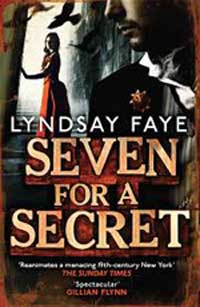 What was the landscape of America like at this time? North v South and those trying to shake off the shackles of slavery in every sense of the word?

You had a very interesting social and political climate because at the same time the South was screaming about defending their way of living and moneymaking, despite the (often unfeigned) horror Northerners felt about slavery, economically speaking, the North was hand in glove with the South.  The North depended on cotton for the new industrialized garment industry, they smoked the tobacco, they built carriages and cotton mills and equipment they then sold to the South.  So in that sense, everyone was making money hand over fist and people were terrified of disrupting that system.  On the other hand, the South kept demanding more favors from the North to keep slavery going–the North was supposed to police the mail so abolitionist writings wouldn’t be shipped south of the Mason-Dixon, the North was supposed to return escaped slaves, etc.  So you have two main political parties, the Whigs and the Democrats, who are not only divided against each other but divided by regional animosity.  The Congress was totally broken.  Meanwhile, millions of Americans were being bred and sold and traded and worked like cattle.  It was a horrifying time period.

In your first book, Gods of Gotham, you tell the story of the city at the time of the creation of the first official police force and the influx of Irish immigrants at the time . What was it about NYC at such a pivotal part of its history that captivated you? 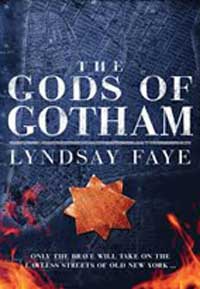 Thank you so much for stopping by today. I know you have a long flight back  to New York so I’ve popped the rest of the castle cake in a tupperware container. Enjoy!