Maggie Brookes Travels to the Czech Republic.  – A very special Authors on Location today as it’s probably one of the most poignant, if not THE most poignant I’ve ever had on The BookTrail. The novel is called The Prisoner’s Wife and this is based on a real life about what happened in a Nazi PoW camp. Maggie, the author, has a wonderful story to share…. 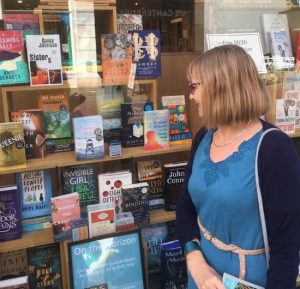 The unlikely location where this story was first told to me was ascending in an elevator at the sheltered accommodation where my mother lived in London, England. A tall, elderly veteran called Sidney Reed casually said, ‘I bet I could tell you a story about the war that would make your hair stand on end.’ 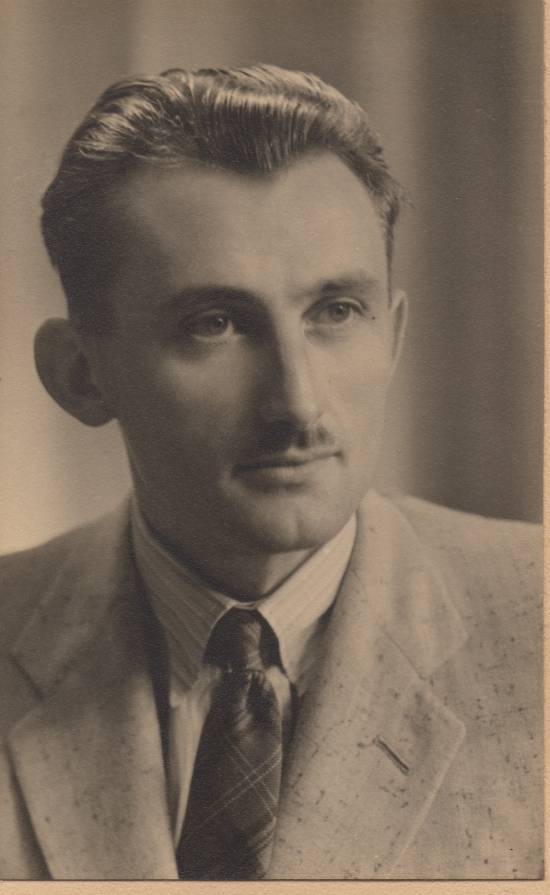 I stood on the landing with him as he told me that he had been a prisoner in a Nazi PoW camp in 1944 when two escaped prisoners were brought back in. When the Nazi guards left, one of the new prisoners indicated the other and said, ‘This prisoner isn’t a British soldier, he’s my Czech wife.’ The hut was in uproar, but the other PoWs – including Sidney – agreed to keep her safe, hiding her in plain sight, dressed as a British prisoner. 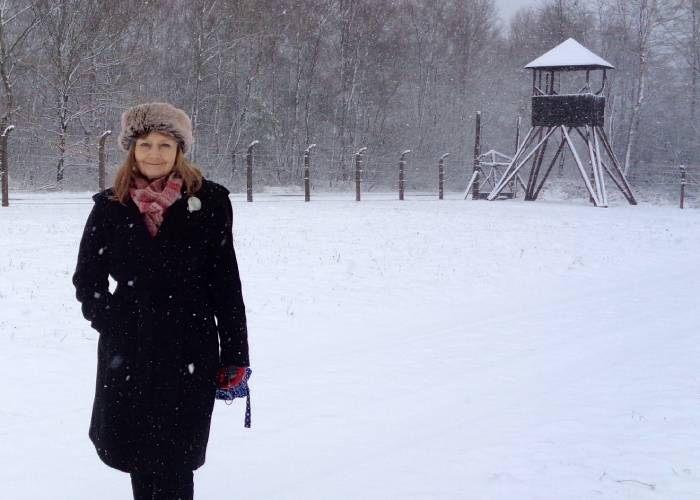 A few days later I arranged to go back and talk to him some more about it. We sat for a couple of hours, and I took pages of notes. I couldn’t doubt the authenticity of what he was telling me – the details of how she coped with her period and the way the men worked together to protect her felt absolutely true.

Sidney was keen to tell me how the prisoners had worked together to protect her for the last six months of the war. He told me she had to keep absolutely silent for fear of discovery.  If discovered, they would have taken her from  her new husband and then, most probably, shot her as a spy. 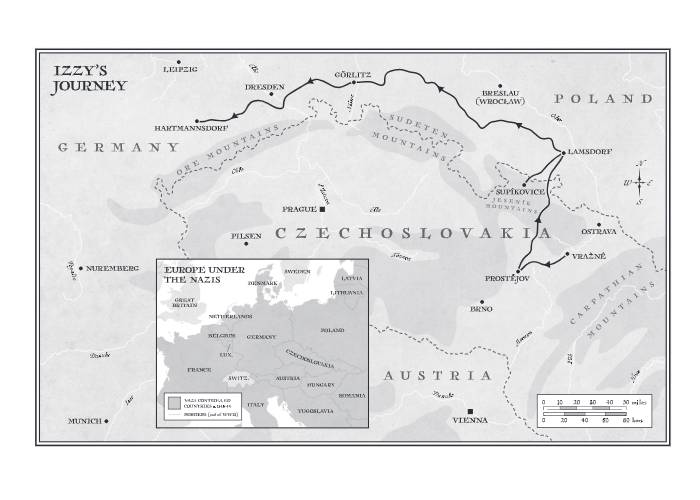 Sidney told me he’d been in Stalag 344 Lamsdorf in present-day Poland, and what he called ‘Straflager’ E111, a work-camp in Saubsdorf Quarry in present day Czech Republic.

I visited the Imperial War Museum, the National Archive and the British Library. As well as that, I read published books and private diaries and joined the Lamsdorf Association. I realised that a prisoner in a labour sub-camp of Lamsdorf would have been subjected to the terrible Long March from Eastern Europe into Germany. 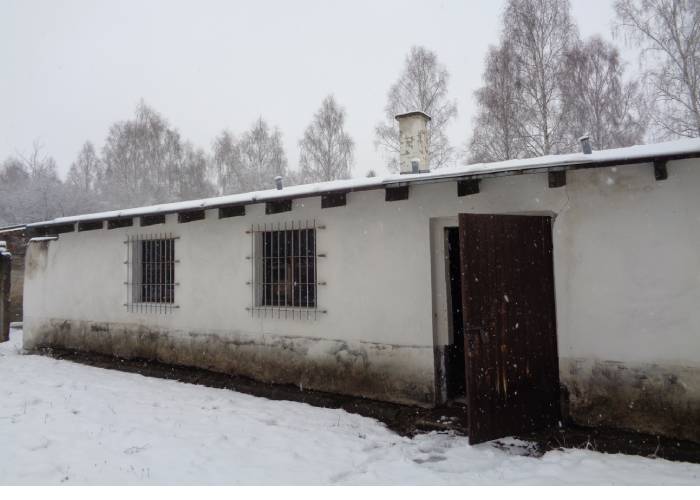 On the night of 23rd January, 1945, the Soviet army approached. Hundreds of prisoners were force-marched out of Lamsdorf camp, into a blizzard. They were underfed, unfit and inadequately dressed for the conditions of -20 centigrade (-4 degrees farenheight). Covering about 20 miles a day in icy conditions, the prisoners had to march 500 miles from all the Eastern European camps into Germany. According to a report by the US Department of Veterans’ Affairs, almost 3,500 US and Commonwealth PoWs died as a result of these forced marches. I wasn’t at all sure I could write something so harrowing. I felt I had to see it for myself. 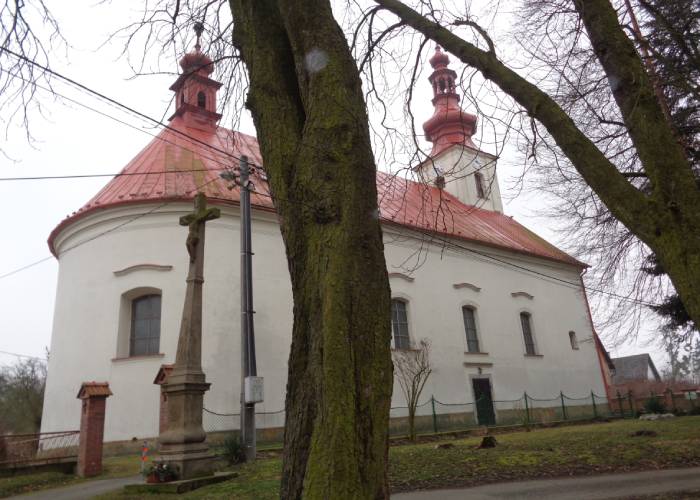 My husband came with me to the Czech Republic. He drove the route from Vražné to Hartmannsdorf as I took hundreds of photographs. We searched out locations for the novel, including a possible farmhouse where Izzy might have grown up. We also found a church in which she might have married Bill. 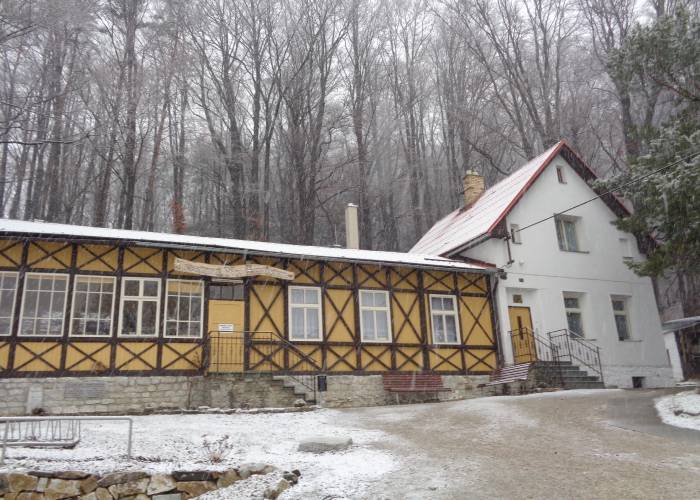 As we drove, we tried to identify barns and buildings in which thousands of men could have been billeted overnight on the Long March. We visited the site of Lamsdorf prisoner-of-war camp and Saubsdorf quarry on appropriately snow-covered days in March 2016.

Then I began to write.

This is a novel, not a documentary, but every researchable element is based on historical truth. 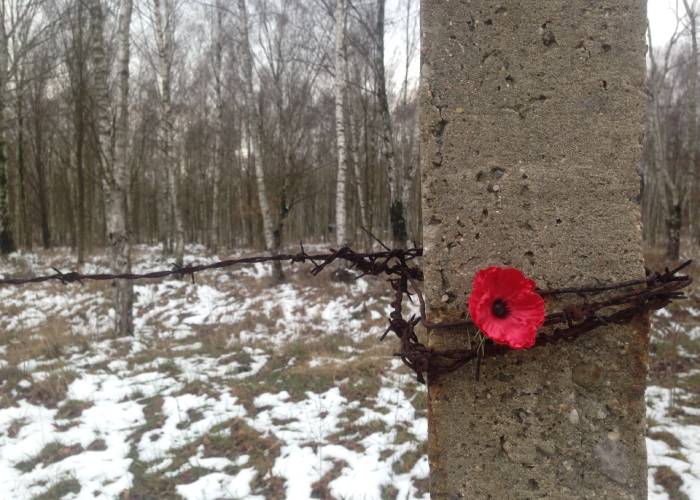 I drew details of prison-camp life from a range of sources including diaries and memoirs. Every step of the terrible Long March comes from eyewitness accounts. Many of these drew on those so meticulously chronicled in The Last Escape. There were three principal march routes across Europe from the different PoW camps. I chose to send Izabela and Bill on the shortest. Many prisoners walked further, for longer, and suffered worse deprivation and cruelty. Many died before they could reach safety. So

This is a work of fiction. It is also the true story of what happens when fascism is allowed to flourish.