Hello to the lovely Juliet West who has stopped by today for one of the booktrail’s famous Cuppa and a cake. We heard she liked fruit cake so we made one especially last night and have the lovely book to hand too. Love the cover! It’s based on a true story and is about the war seen from the women left behind – quite an emotional and heartbreaking read! 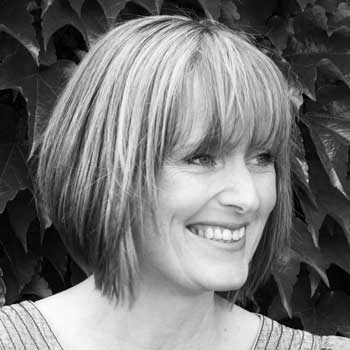 Hi Juliet. Now then – best take this napkin – this cake’s a bit crumbly

Tea or coffee? Sugar? now we ‘ve got the important things sorted – now for the most important bit – the chat!

What compelled you to write this story?

I first read about the true story of Annie Baker and Richard Luck when I was working as a journalist back in 1997. I found it very hard to understand how the two lovers could have become trapped in such a desperate situation, and so it was a kind of horrified curiosity which prompted me to research the First World War period further. In 2010 I finally began to write the novel. I just felt that I needed to explore this story and try to make sense of it, because it had played on my mind for so many years.

Hannah and Daniel are two very memorable characters. Do you think most people will sympathise or at least understand why what happened happened?

The question of sympathy is so vexed. I think Hannah and Daniel (yes, these are fictionalised versions of the real names) are decent, good-hearted but ultimately flawed characters who are driven to make some very questionable choices in extraordinary circumstances. I didn’t want to judge them; my aim was to unravel why they acted as they did. The more I researched the period, the more I could understand how their options were gradually shut down. I do feel sympathy for Hannah and Daniel, and I hope readers will too, even if they can’t agree with their decisions.

The novel looks at a woman’s struggle on the home front during the war and is an interesting premise for a war novel since most are written about the men. Was the struggle women faced important for you to get across in the story?

Definitely. As I researched, I was constantly struck by the difference between women’s lives just three or four generations ago and women’s lives today. Most working class women couldn’t afford contraception, and of course there was no welfare state. Their lives were ruled by pregnancy and motherhood. Household chores were gruelling and they worked long hours in paid jobs, too. If their husbands were away fighting, they had to work harder still. Women were expected to be patriotic, to do their duty to King and country, and if they stepped outside the moral boundaries they were likely to be ostracised by family and friends. I’m not for one minute trying to compare women’s hardships during the First World War to the horror of being a soldier in the trenches. However it was certainly an eye-opener for me to research this aspect of life on the home front.

Other characters were invented. Why did you invent characters such as Hannah’s best friend Dor, Daniel’s landlady Mrs Browne? 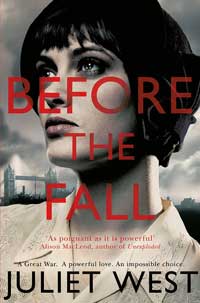 The original documents give quite a lot of information about Annie and Richard’s lives, with details of their families and employers. But to build a credible fictional world for Hannah and Daniel, I felt that more detail and nuance was needed. Hannah’s friend Dor is single, and their friendship is a way of building backstory for Hannah, as well as further exploring women’s lives at the time. Daniel is a more enigmatic character, so it’s interesting to see him interacting with women other than Hannah, such as his landlady Mrs Browne and Sonia, the prostitute who lodges in the room next door.

The setting is of course vital to your story. Did you walk in the footsteps of your characters around London?

Before I started writing I visited (or attempted to visit) all the addresses which appeared in the original documents. It was crushing to find that almost all those East End streets had either vanished or changed beyond recognition, because they were bombed in the Second World War or bulldozed during later redevelopment. Luckily I was able to build a vivid picture of the East End in the early twentieth century using old maps, photographs and paintings. And it was still well worth walking the area, because many pockets of the earlier architecture and landscape remain, such as the Greenwich foot tunnel, sections of Poplar High Street and of course the Thames, Bow Creek, and the layout of the docks themselves.

I’d assumed that air raids began during the Second World War, but in fact London – and particularly the East End – was targeted by German airships and aeroplanes from 1915 – 1918. People were terrified, cramming into tube stations, tunnels and basements to escape the bombs and the dangers of shrapnel from anti-aircraft fire. The initial air raids were unexpected, and at first there was no organised warning system – in many areas the best you could hope for was a policeman pedaling around on a bicycle, blowing a whistle and shouting ‘Take Cover!’.

Which setting have you chosen for your next book?

Book Two is set in London and Sussex during the summer of 1935. I grew up on the south coast, so I know this landscape well, and it’s a great excuse for field trips to the seaside. The London sections include Lewisham – where I lived for a while in the 1990s – and the Kensington area of west London. Again, I’m using old maps and photographs to re-create the geography of the time. I find these so inspiring and they really help to conjure a sense of place.
Right then before you get the last piece of cake…..

Favourite place that you have been on holiday?

As a student I went inter-railing with friends and we had a memorable few days in Prague. It was 1990 and the Velvet Revolution had taken place a few months previously. I thought Prague was an incredibly beautiful city, and I’ll always remember that atmosphere of optimism and excitement. There was a bizarre moment, however, when an official car drew up in the Old Town Square and Margaret Thatcher climbed out. I can’t imagine what she thought when three knobbly-kneed teenagers started yelling: ‘No Poll Tax!’.
A place that you haven’t been yet but would like to go one day?

I’ve wanted to go to Kerala in south west India for years – ever since reading The God of Small Things by Arundhati Roy.

Which book have you read that has transported to another time and/or place?

See previous answer. But if I could pick another, I’d go for Colm Toibin’s Brooklyn. Such a powerful evocation of Ireland and New York in the 1950s.

Thank you so much for inviting me on the booktrail. It has been a fascinating trip!

Thanks to you Juliet. I’ve put the last slice of cake in a box for you to take home. Happy eating! and thanks for stopping by. It’s been fab indeed.