There’s a novel published recently that allows the readers to travel back in time and experience a bustling London market  with a vivid sense of time and place. Miss Velton offered me a bonnet with a ribbon tied around it, then grabbed her gloves and suggested we take a walk into the setting of her novel… 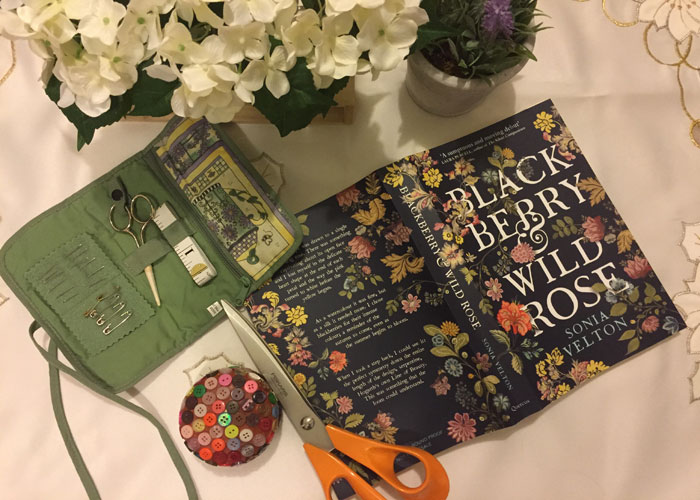 Pinned on my wall, above the desk I write at, is John Rocque’s map of Spitalfields dated 1746. During moments of writer’s block penning early drafts of Blackberry & Wild Rose, I would look up and study it, tracking my way through the streets of eighteenth century Spitalfields.  Some names were familiar; Brick Lane and Fashion Street, while others were echos of a bygone era, Cock lane and Farthing Street. Then, once, I spotted a tiny lane nestled at the end of Grey Eagle Street. Its name captivated me: Buttermilk Alley. What would have gone on there in the eighteenth century? Would buttermilk have been sold in that narrow lane, turning sour in the muggy heat of the city? Would the sound of the weavers’ looms reverberating through Spitalfields (pic below) have been lost behind the clanking of milk pails, and the sing-song voices of milkmaids plying their trade?

I had the grand setting of the Thorel household already. Spital Square was the perfect place for their tall townhouse, complete with ‘longlights’ in the garret to give the weavers enough light to work by, and a workshop in the ground floor to conduct business and showcase the exquisite silks to mercers. But what of the journeymen weavers, the men who pulled and pressed the looms’ many pulleys and treadles, and threw the shuttles through the taught warp threads? I began to imagine a row of tiny weavers’ cottages located just outside Buttermilk Alley, their doors and shutters painted shades of red, green and grey, below the wide lattice windows of the first floor.

It is between these two locations that the story of Blackberry & Wild Rose takes place; the master weavers and their journeymen, at opposite ends of both Spitalfields, and the social spectrum. The female characters of the novel provide a bridge between these places.  Moll, the insouciant scullery maid at 10 Spital Square (see above)  running errands, and Sara Kemp, Esther Thorel’s lady’s maid, wrapped tightly in her shawl, creeping through the dark streets to visit the journeymen, observed only by the night soil man.

The main characters in books are often places as well as people, and if anywhere deserves a staring role, it is eighteenth century Spitalfields.  In fact, it was the area first and foremost, along with its elegant Georgian architecture and vibrant history, that made me want to write the book. It was only on one of my many leisurely walks through Spitalfields, with its bustling market and café society, that I spotted the blue plaque on the corner house of Princelet Street, ‘Anna Maria Garthwaite 1690-1763 Designer of Spitalfields Silks lived and worked here’:

The fact that a woman living in the 1700s, and working in an industry as male-dominated as silk weaving, had managed to become the foremost designer of Spitalfields silks was nothing short of inspirational. I knew then that my protagonist, Esther Thorel, based on the incredible real-life Anna Maria Garthwaite, was going to be the one to lead us through the atmospheric streets of London’s East End. 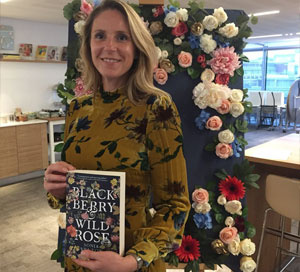 I never felt like I was alone in Spitalfields. The characters of my book were always with me. Take a trip to Spitalfields yourself and see if you can spot them.  Pause for a moment in the chaos of our modern world, and you might imagine you glimpse the sweep of Esther Thorel’s silk gown as she disappears round the corner of Fournier street ahead of you, or catch the scent of orange flowers and jasmine wafting from the windows of the Wig & Feathers tavern.

What a wonderful tour of Spitalfields Sonia. Thank you so much!