Riding around Iran with Lois Pryce

There’s an adventurer and then there’s an adventurer – Lois Pryce wanted to go to Iran – a country where western women are not always welcome and was told to stick to public transport and the well beaten path. She had a visa for only two weeks that “she might be able to extend once in the country” But this was not enough for Lois – she wanted to see the real Iran and so she did:

On a flying visit  to the UK, I was lucky enough to meet up with her and have a chat around her remarkable adventures. Welcome Lois! 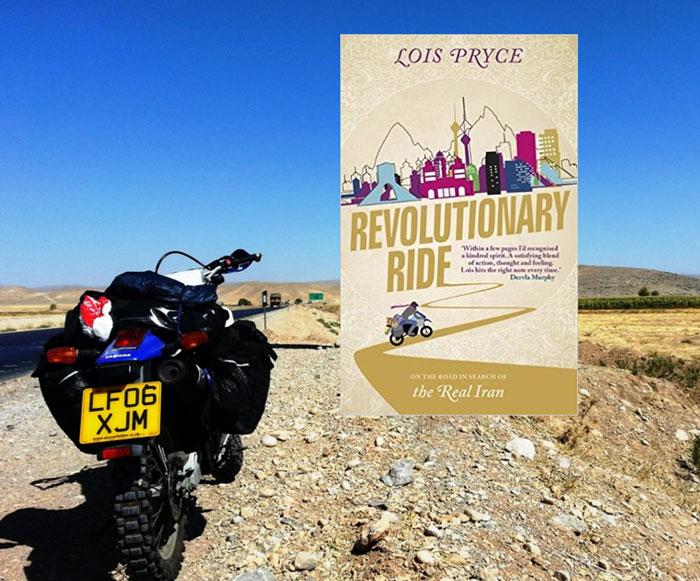 You have some wanderlust- travels through Iran, Africa and how you jacked in your job and travelled some 20 000 miles from Alaska to Argentina. 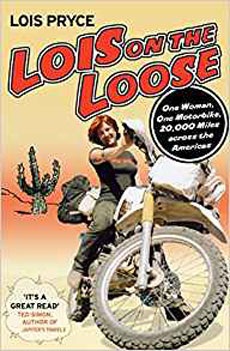 Each trip has its own character – the first one, from Alaska to Tierra del Fuego was all about escape the 9-5, hitting the road on my dirt bike with no idea what would happen. I was totally inexperienced and just let fate take its course. The naivety added to the adventure and that feeling can never be repeated, so I always regard it fondly. The highlight was crossing the border from the US into Mexico and riding the length of the Baja Peninsula – still one of my favourite places on earth. 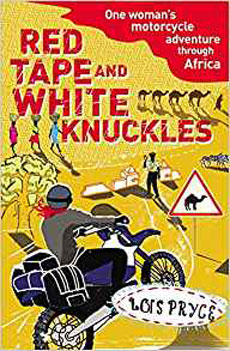 My second ride was from London to Cape Town, half the distance and time of the first journey but 1000 times tougher. I think of that as my most gruelling but exciting trip – crossing the Sahara was the greatest motorcycling challenge and the most thrilling riding of my life. In sub-Saharan Africa things got sticky in more ways than one in the Congo and Angola but on a motorcycle in Africa, you really know you’re alive every second of the day.

My most recent long distance motorcycle ride was around Iran, and was the most fascinating and rewarding journey of them all. The challenges were more cultural then physical but it was a truly mind-opening, heart-warming experience. This journey truly transformed me on a very deep level – just what travel is supposed to do!

Have you always wandered and travelled?

I’ve always loved the sense of movement you get with overland travel, of not knowing what’s going to happen each day and where I’ll sleep each night. It’s not about the bike or any particular form of transport – I also love watery journeys, cycling, and have just returned from a week walking in Sinai desert.

Favourite place not yet travelled to?

Hmmm… would love to go to Japan. 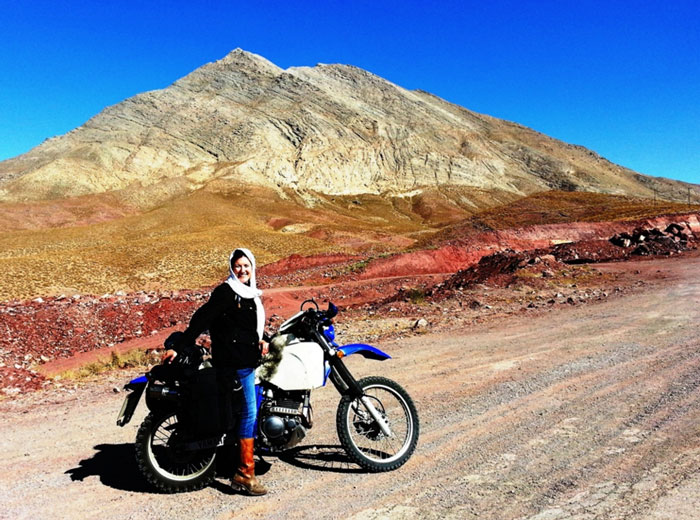 I have a fondness for the Middle East and North Africa. I would like to ride around Iraq and am also interested in hooking up with some female motorcyclists in Saudi Arabia when the laws regarding women driving/motorcycling change this year.

My book, Revolutionary Ride (about my travels in Iran) came out in Jan 2017 and I thought I would set aside a couple of months for promotion – but it never really stopped. So I was travelling all over the world for book festivals, talks, events etc. It was great fun – I visited 15 countries in one year and met lots of fascinating people along the way, which is the very essence of life. 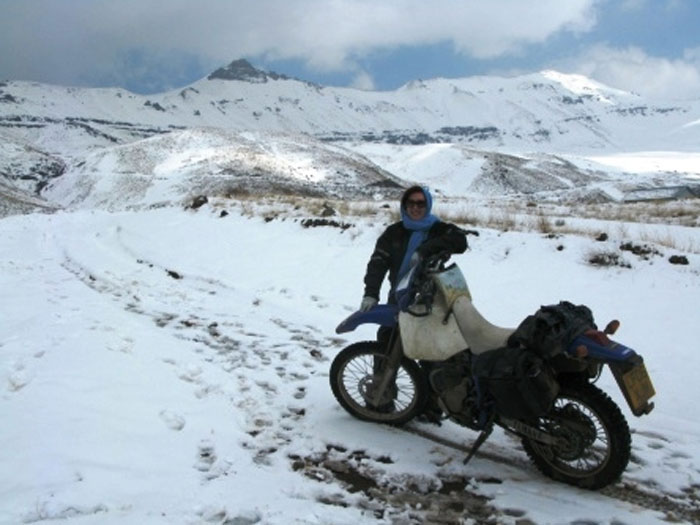 I loved The Secret Garden and Treasure Island, and later Adrian Mole, but I was, and still am, a rapacious reader of Tintin – I learned everything I know about adventure from him and Snowy.

Have you  ever read a novel and wanted to go to that place for real?

Caravans by James A Michener gave me a hankering for a road trip in Afghanistan – it’s such a thrilling, desert adventure story. But it was written in the early 60s, so a very different country now, sadly.

I think The BookTrail is a great idea. A novel set in a specific location is a great way to inspire people to travel and learn about other countries and cultures, especially for people like me who prefer to read fiction than plough through a heavy-going non-fiction history book. 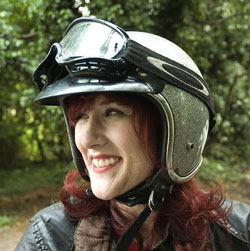 Aaah thank you Lois! A real compliment from an avid traveller such as yourself! What a great series of adventures you’ve been on and Revolutionary Ride has been shortlisted for the Edward Stanford Travel Writing Awards so congratulations and the very best of luck!