Cuppa and a cake with Susan Elliot Wright

Ooh the sun is out in force this morning even though it’s still VERY chilly outside. So what better to warm yourself up with than by a cup of tea and a cake with a literary lady. Susan Elliot Wright is popping along in a moment as I let slip that I have a Victoria Sponge waiting to be eaten and she seemed quite keen. Might use the time to  throw some questions her way about her book ‘ The Things We Never Said’ which is one of the books listed for the fantastic Read Regional event in the North East of England and Yorkshire. So we need a Cuppa and a cake with Susan Elliot Wright ! 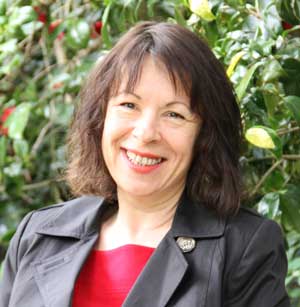 Oh there’s the bell – excuse me while I go and answer the door. I’ll just take a peek out of the window to check it’s her – I surprised the postman this morning with my cheery Hello whilst covered in cake mix so hope it’s not him… Well, look who it is! Hi Susan!

The plotline with the mental asylum is often difficult to read. What kind of research did you do into this subject?

I read quite a lot of fiction and non-fiction books on the subject, and I also read some personal accounts of being hospitalised and of having ECT. Some of the accounts related to the 60s and some were more recent. ECT is still used today, though it’s usually not quite such an awful experience as it was in 1964. I also searched the Internet for photographs of old mental asylums so that I could describe the buildings properly. I found a few that were taken in the 60s, but there are also a lot of recent photos of derelict asylums, which are really quite eerie The ward that Maggie is in and the row of door-less lavatories she describes come from pictures of real asylums, though of course I’ve imagined them as they were before they fell into disrepair.

The dual plotlines of Jonathan and Maggie are stark in their contrast and their similarity at the same time. Was it hard to get Maggie’s voice in particular as you wanted it?

Actually, Maggie’s voice was the one that came first and came more easily. I don’t think it’s particularly because I found it easier to write a woman’s voice, but I was certainly able to empathise with Maggie. I found it easy to put myself in her shoes and to imagine how she was feeling at each particular point. Sometimes that was a bit of an emotional rollercoaster! I enjoyed writing Jonathan too, although he was more difficult to get right. I wanted him to be sensitive but not weak, and flawed but not actually bad. 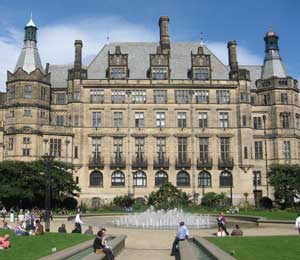 Tell us about the settings you have used in your book. Why did you choose Hastings for example?

I used to live about an hour’s drive from Hastings, and it’s a place I’m very, very fond of. It was quite important for me to use a seaside location, because the power of the sea represents the power of nature, which is one of the themes in the book. The other two settings are places I know well. I grew up in south-east London, so I’m familiar with Lewisham, Blackheath and Greenwich, and I now live in Sheffield.

There are two dramatic weather events in your book – the Sheffield Gales in 1962, and the Big Freeze of 1962/63, what did these events mean to you in order to put them in the book?

I knew I wanted to include dramatic weather events because again, this fitted with my theme of the power of nature, but it was only after I started vaguely researching the 1960s that I saw how I could integrate these weather events into the plot. Originally, I chose Sheffield as a setting because it would be easy to research – I hadn’t known anything about the 1962 Sheffield Gales at that point. But once I read about how those winds devastated the city, I saw how that night would make a perfect backdrop for one of the things that happens. The fact that the big freeze of 1962/63 came so soon afterwards was a lucky coincidence, and I was soon able to see how I could make that harshest of winters quite significant in terms of the plot.

At a dinner party with four other writers – dead or alive, who would you like to invite and why?

Well, I think I’d go for Emily Brontë because I’d love to talk to her about Wuthering Heights, which is in my all-time Top 10 and which also addresses the power of nature – we could compare notes on writing about weather! I’d have to invite Maggie O’Farrell because she’s one of my favourite living authors. I think it would be great fun to have Jilly Cooper there because she’d laugh a lot and her conversation would be peppered with puns and double entendres. I’ve invited three women, so we won’t be able to do girl/boy, girl/boy at this dinner party, but I’d better invite one man, and I’ll go for Thomas Hardy, because when you read him – Tess of the D’urbervilles, Jude the Obscure, Far from the Madding Crowd – you can’t help but think, ‘there’s a bloke who needs cheering up a bit!’ 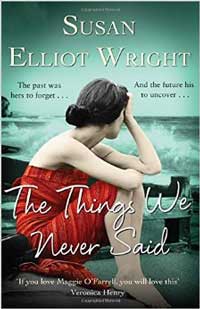 What book are you reading at the moment?

You’ve caught me on a two-book day – I finished The Kite Runner this morning, and I’m now reading A Taste Of Sorrow which is a fictionalised account of the life of the Brontës.

It was wonderful to be chosen for Read Regional, because apart from the fact that it was flattering for the book to be selected, it was really exciting to know that I would get to meet actual readers face-to-face. I’m doing nine library events in total, mostly in the north-east, although I’m also doing one in Wakefield, and one in Rotherham – which practically down the road! Most of these will be joint author talks with other Read Regional authors. I’ve already done three and have absolutely loved the events. I usually give a little talk about the book and how it came to be published, then do a short reading, then take questions from the audience – and that’s the best bit, because it often leads to a conversation with everybody joining in.