The Daughter of Destiny by Erica Brown transports the reader between the three Bs -Barbados, Bath and Bristol… one place hotter than others but each of them important to the story and the action which hots up in all three. Erica Brown stopped by during her travels to talk Destiny… 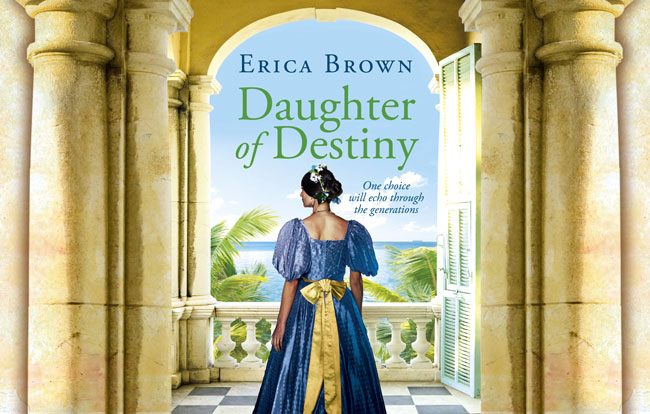 Visit the locations of Daughter of Destiny here

Erica, it’s over to you!

If I have a feel, and better still, a knowledge of a particular place, then I believe the reader will feel it too.

I know the basics of the time and place when I begin the book; to me character and plot is what takes the story forward. Once the book is finished I go back and research things I am not too sure about. It’s like using water colour and a sable brush rather than a palette knife and thick oils. The research must never overpower the story.

Something surprising from your research ?

Poor people wore cardboard boots which could fit either foot; there was no left or right with the poorest footwear This is where I could have been carried away including it in the book when there was no need to. I was just fascinated. I had to cut it out. 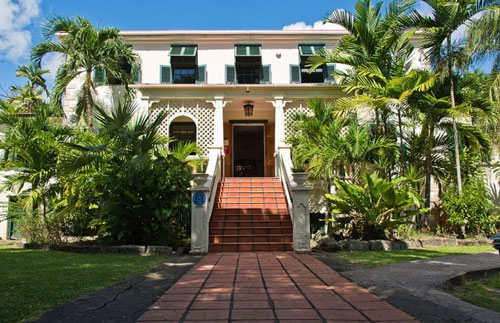 Blanche is the daughter of a slave who was a clever woman. She obtained a better life for her daughter at the confused time when slavery had ended but its repercussions were still felt. It’s about rising above humble beginnings and living a happy life in a changing world.

Evoking the five senses into a scene….

I feel them. When I give other readers advice, I stress the importance of the five senses. You are in a scene; you see what is around you, you feel the heaviness of linen against your skin, you hear the cries of street vendors, the rattling of carts and heavy horses hooves on slippery cobbles; most of all you smell it all, the streets of that time, the effluent, horse droppings, the dry smoke from factory chimneys. All of this from your character’s point of view. 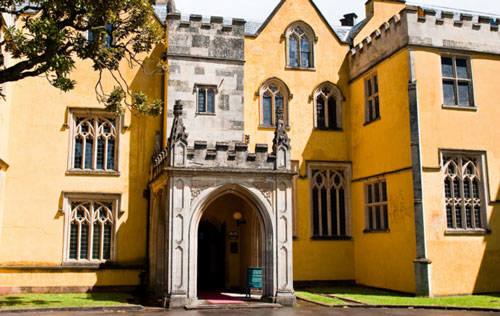 Tips for visiting your locations…

The city docks in the heart of Bristol. Blanche is stunned by the forest of masts, the smell of the glass works, of chocolate and tobacco, hordes of men unloading sugar onto barges destined for the sugar factories. In contrast the Strongs live in luxury, their grand house filled with valuable objects and brimming with servants.

The tall ships are long gone from the city centre except during the Festival of the Sea which occurs in the summer when sailing ships from all over the world sail into what’s left of the old port. Brunel’s SS Great Britain is also docked in one facet that remains of the older part of the port. I based Marstone Court, the Strong’s mansion on Ashton Court which was once the home of the Smythe family who did indeed own sugar plantations in the West Indies. It is, like the Strong mansion, within sight of the Avon Gorge, though in their day Brunel’s Clifton Suspension Bridge had not been built.

I’ve visited both the old city docks and Ashton Court on many occasions and know both pretty well. What was even more informative was visiting the Create Centre in Hotwells, Bristol, and having access to the Smythe family papers including lists of slaves at the time of emancipation when plantation owners – not the slaves – were reimbursed financially for their loss of slave labour!

Thanks Erica! A very insightful tour

Erica Brown is the pseudonym of a very successful author of women’s fiction and crime. She lives in Bath and has one daughter and twin grandchildren one of whom is dead set on becoming a writer.