Peter May is the author of six crime thrillers set in China. They form a series involving Li Yan, a Chinese detective, and Margaret Campbell, an American pathologist, in Beijing, China. Books set in China – Peter May’s crime thrillers showcase how cultural differences and language problems make their cases harder to solve.

This is  a cracking series if you haven’t’ come across  it yet. Peter May tells us more… 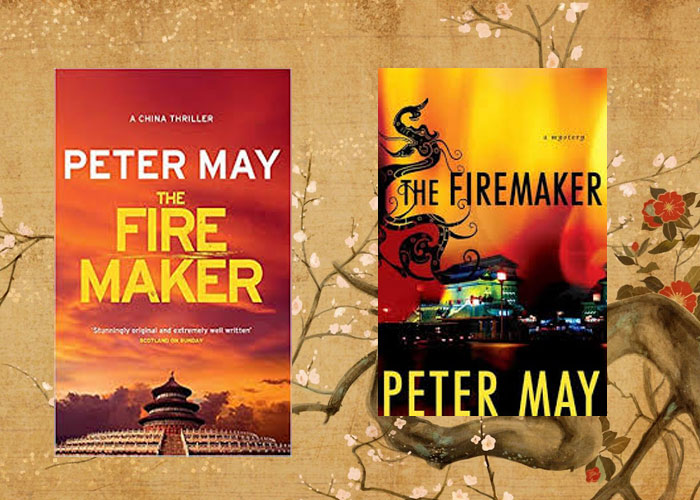 Books set in China – The Thrillers of Peter May

You wrote these books a while ago now, so China will have changed, but what was it like to have such exclusive access?

I was lucky enough to be introduced to some of the chief Public Security officials in China by an American named Richard Ward. He was an exceptional man, a world expert in the field of Criminal Justice, he was highly respected by the Chinese and had lectured in Shanghai, training the 500 highest ranking law officers in China.  When he vouched for me, I was trusted immediately.

The Chinese responded by opening their doors wide to me.  Needless to say it helps in all sorts of ways to have the police on your side in China.  They were able to facilitate not only access to the police homicide, forensic and pathology departments, but to help me to make contacts and gain access to places such as Beijing university’s archeology department and behind the scenes at the site museum of the terracotta warriors in Shanghai.

What is special about the locations you feature in your books?

I like to take my readers with me to the locations in my books.  As far as I am concerned the settings are important as the characters in my stories.  As a result, I never write about a location unless I have actually been to it.  In order to write convincingly about a place, I need to soak up the atmosphere, to see it from all angles, to listen to the sounds, to smell the odours. I need to know how it makes you feel to be there.

There are some awe-inspiring sights in China, you are able to peel back centuries and literally walk through history: the forbidden city, the great wall, the terracotta warriors, Tiananmen Square.  It’s true that nowadays, increased wealth and western values have turned the centres of major cities in China into replicas of big cities anywhere, with malls, car showrooms, 5-star hotels and high-rises, but at the time when I was writing (between 1998 and 2004) the traditional Chinese street markets, hutongs and neighbourhoods all still existed. 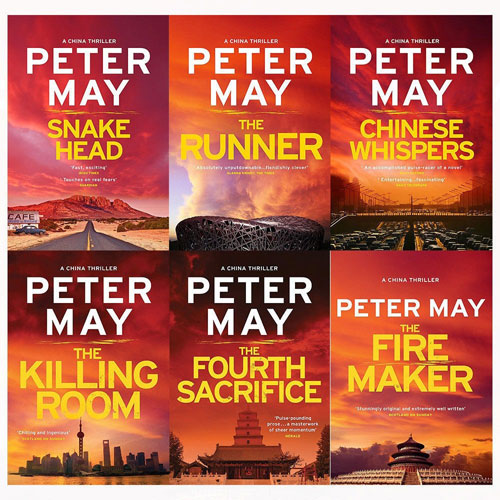 When I first started researching, the internet was still in its infancy, which meant I read many many books.  I had to track down experts and communicate with them directly (often by fax, remember fax machines!).  As the years passed, it became easier to find information quickly via the internet.  But this was all preparatory work for visits in the flesh, I always knew that whatever I found out online, in books, or from talking to people, there is no substitute of actually being in a place.  I had to make many long research trips.

Do you speak Chinese or have a particular passion for the country and its culture?

I don’t speak Chinese, except for some basic phrases, so I always had someone to translate with me when I travelled.  I have always been fascinated by China since my first experience of it in the early 80s and made a day trip into China while on a trip to Hong Kong.  It seemed to me like stepping onto another planet.

Everything was so different, the architecture, the culture, the people, the food. China is a place that fires the imagination and I knew immediately that I wanted to write something set in this place.  Although I made other trips there, it wouldn’t be until many years later that the opportunity arose and the right story came to me. 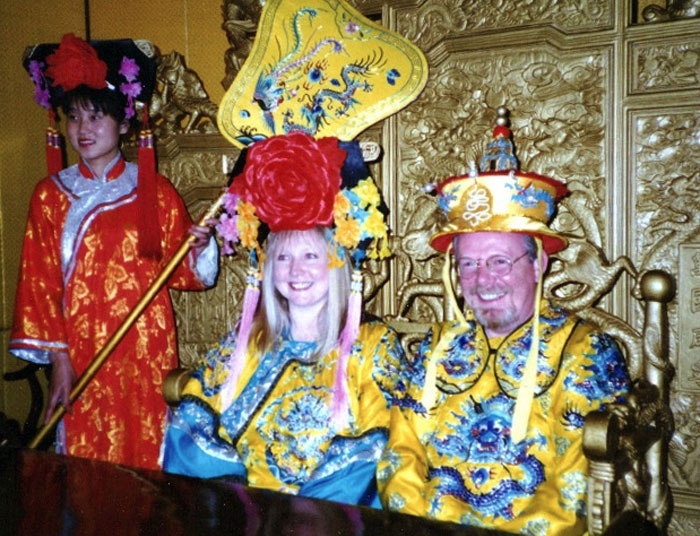 Peter May and his wife in China

Any stories you can tell us about the writing of the books?

I made more than a dozen trips to China while researching the books and had hundreds of adventures, and met some extraordinary people. These  experiences are now in the stories in my books, and virtually all of the characters are inspired by real people that I met. That is why research is so important to me.

A lot of the settings in my books are not on the usual tourist itinerary, such as the Shanghai police morgue. And it’s probably best not to find yourself in the Beijing police homicide department!  Sadly, some of the places like the legendary Silk Street market in Beijing don’t exist any more.  But the major historical sights are still there, and shouldn’t be missed.  It should also be possible to track down some of the culinary experiences that I describe in my books.  Beijing Duck is a sheer delight, although deep fried scorpion might not be to everyone’s taste!

Did you see the Terracotta army in book two?

I was lucky enough not only to see the Terracotta Army, but to gain access behind the scenes of the museum and speak to the archeologists who work continuously on the site.  I was able to tour their workshops and facilities and to find out all about their work.

What else could you share about these books and the China setting.

It is a captivating country in every way.  The sights, sounds, smells, and flavours, not to mention the warmth and humour of the people, draw you in and make any visit there, an unforgettable experience.

The author talks to fans in New York:

Here is one of my wife and I in the Imperial Restaurant in Beijing.  As honoured guests we got the dress up in Emperor and Empress outfits!

Many, many thanks Peter to what is a brilliant and fascinating set of books.