The day before Canada officially turns 150 – who better to have on TheBookTrail than the woman who’s publishing a book all about its very beginnings. This is a very interesting read  – utterly compelling and fascinating. Highly recommended as all the drama and the events which unfold are seen through the eyes of one remarkable woman. And she has quite the story to tell: 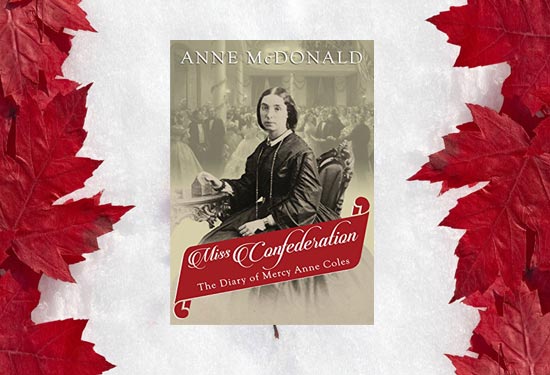 It’s Canada’s 150th anniversary this year – what does that mean to you? 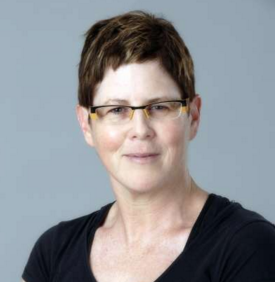 It is significant – Canada, (the political union of Canada) – is marking 150 years. That’s young for a country; the land, of course, and the First Nations people that were here to begin with, are far older. I went to Expo 67 in Montreal (when Canada was marking its 100th year) all summer long when I was a kid. Seven is an impressionable age for a child. Expo 67 made me think Canada was special, and the world liked Canada too. A collegial, work-together, and ultimately fun, atmosphere, that made change and the pursuit of a just and good world possible, prevailed. Expo 67 and that summer were optimism and possibility personified. I strive, and I believe in Canada’s and Canadians ability too, to make Canada, and the world better.

What kind of celebrations are going to be held and what will you  be doing to mark it?

There are a lot of celebrations happening everywhere all over the country this year. I’ve lived in Regina 17 years now and every year my husband and I go to Wascana Park in downtown Regina and watch the plywood boat races (teams make boats out of plywood, duct tape, and cardboard aiming to race across Wascana Lake – before they sink)! We watch the Kaos dog sports teams do tricks including run obstacle courses paired against teams of kids, and we eat poutine from the famous potato truck. Often I make a strawberry pie (recipe courtesy of one of my former English as Another Language students, a young man from Levis, Quebec, who maintains it is the best recipe there is). And then we watch the fireworks – always spectacular wherever you are. And that’s exactly what I’ll be doing this year too!

*Levis Quebec is where Mercy Coles wrote, “From Richmond to Somerset we only came at the rate of 9 miles an hour. A special train met us there and we came into Point Levi flying!”

How interesting your book is published this year – was this accidental or does it help to place your book even more in the country’s history?

I think it’s incredibly important that Miss Confederation: The Diary of Mercy Anne Coles, is being published this year. The opportunity for people to finally be able to read and understand the context of a woman’s voice at the time of Confederation, is invaluable. 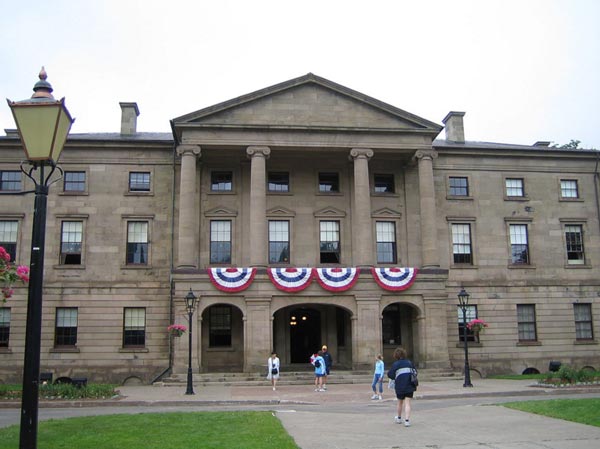 Mercy Coles was the unmarried 26 year old daughter of the Prince Edward Island Father of Confederation, George Coles. The Maritime delegates to the Confederation conference in Quebec City (where the delegates from the colonies across the country met to discuss and work out the plans to unite the provinces of Canada) took along their unmarried daughters, to, well, to woo them off. Mercy Coles kept a diary of that trip. It was preserved by her relatives and it’s never before been published. 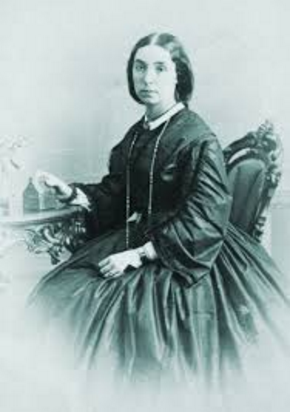 The conference and tour of the Canadas that followed was 6 weeks in length. Mercy writes of the men (John A Macdonald, and Premier of New Brunswick Leonard Tilley, amongst others), and the events, as they impacted her and her desires. There is no other Canadian woman’s voice on the events of Confederation. The time period and events are really interesting – and I think that is because of that initial seminal experience of the idea of Canada at Expo 67 that I experienced when I was a kid, which makes the formation of Canada so interesting to me. What was Canada, and what is Canada, are questions that continually intrigue me. But I was also taken with Mercy’s attempts to create and express her identity – I am fascinated by her creation of herself, of how she tried to be free of the tight boundaries and conventions that women lived within then.

Can you explain how you did your research for this book?

After my novel was published in 2011, I started transcribing the full handwritten (often written while travelling on bumpy trains, and rolling ships) Mercy Coles diary. I was curious about all Mercy wrote – whether referencing things I’d never heard of, or people and events I knew of, but I had never heard of in this way. I explored everything in order to understand what was going on in Canada in 1864.

All sorts of things came up – like the Victoria Bridge in Montreal. When we lived outside of Montreal, we’d driven on that every weekend to go visit relatives in the city – but there it was in Mercy Coles’ diary – and there it stands, still in use today. It was known as the “8th Wonder of the World” at the time. Who knew! I like that many of the things she wrote of are still part of today. 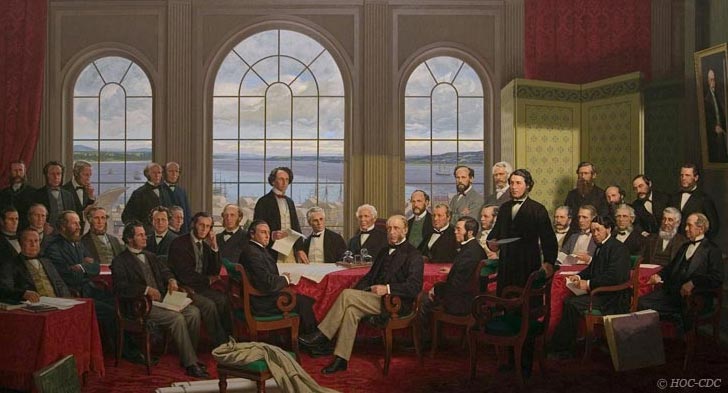 Who were the Fathers of Confederation?

The Fathers of Confederation were the delegates from all the provinces of Canada who met in Charlottetown, PEI and then Quebec City, to discuss, and then work out the 72 resolutions which made up the British North American Act. The BNA Act basically makes up the Canadian constitution which still governs Canada today. At the time the provinces were all separate colonies of Britain. Not all of the current provinces existed then – the provinces at the time were the 4 Maritime ones (PEI, New Brunswick, Nova Scotia and Newfoundland) and the United province of Canada which was made up of Quebec and Ontario. 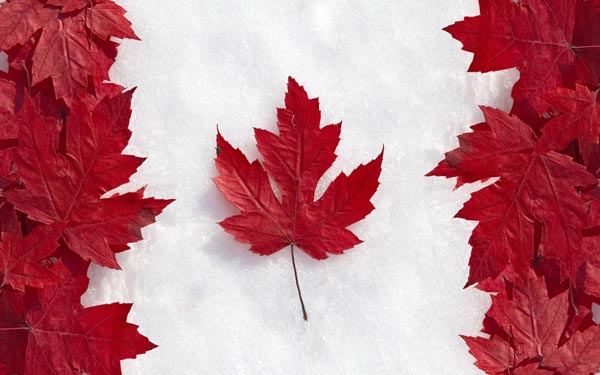 What does Canada have that no other country does?

A lot of both fresh and salt water places to swim, and I love swimming. Along with that is the immense space, sky, and incredibly varied terrain Canada has. A person could easily spend their entire life travelling new places here – the culture, language and the people vary with the terrain.

Oh, that’s a toughie – Canada is very diverse; you can get any food from any country here. I love the fry bread at the end of the Penticton River Channel (you float down the river on inner tubes); the poutine in Tadoussac, Que; the gelato anywhere in Toronto; the pakoras at the Caraway Grill in Regina; the custard pies at Akropolis Pastries and Pies on the Danforth, Toronto … … I could go on forever!  Drink – a great cup of breakfast tea (the Tea Haus, London Ont); hoppy citrusy ipa beer (Nokomis, Blackbridge, Bushwakker, and Rebellion breweries – all Saskatchewan); and Niagara ice wine!

Thank you so much Anne for this fascinating tour of a wonderful country –  Happy Canada Day!!