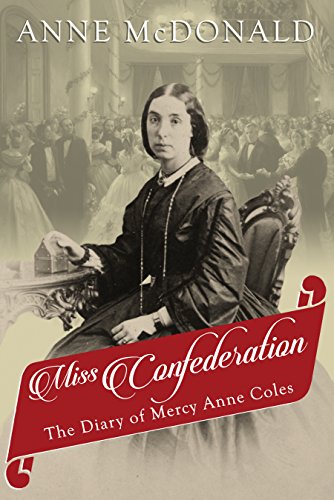 The events, the women and the men, that made Canada.

Mercy Coles, the daughter of PEI delegate George Coles, kept a diary of the social happenings and political goings on as Canada came into being. At the iconic time that the country was forming and becoming a country of united provinces, Mercy Coles had a unique view into the time leading up to Canada’s creation.

“I love the researching and discovery of unusual connections, and the reading between the lines that is necessary to create fiction. So much is left unsaid when you find the information that you want. For example, there is John A Macdonald sitting with Mercy Coles – she writes of this in her diary – and then she says, “The conundrum.” Later she talks of him riding in the carriage with her and how she looks for him during their stay in Toronto, but she never sees him again. Truth can be found in fiction more clearly than in fact sometimes.  That is what I love exploring”

#Authorsonlocation : Anne McDonald speaks of why she had to write this book

This is where the initial discussions to talk about a union of the provinces, a confederation, happened in September of 1864. (Meanwhile, the first circus in 20 years had also just arrived at the same time as all those delegates from the other Maritime provinces, and Ontario and Quebec … leading to all sorts of fun and difficulties)

Montmorency Falls outside of Quebec City

A famous sight-seeing excursion both then and now, Montmorency Falls is higher than Niagara Falls, (though not nearly as wide). Mercy missed the sightseeing trip to the falls but the other young women went, as did her parents.

The boardwalk, terrace – and archeological dig – in front of the Chateau Frontenac. It was called Durham Terrace when Mercy was there, and it was subject to landslides during heavy rains. And the weather was terrible when the delegates were in Quebec City and there was a landslide with a number of fatalities – that Mercy witnessed.

Mercy and her family go to church there while they are in Montreal. The interesting thing now about Christ Church Cathedral is it has been designated as a historic site of Canada. The cathedral is unique in that it now has two floors of shopping, a mezzanine, a parking level, and the McGill metro tracks beneath it.

The “8th Wonder of the World” You can see online images of it and read about it on the McCord Museum website, and of course, in Miss Confederation

The McCord Museum in Montreal,

Mercy and the delegates went for a banquet luncheon there – where John A. Macdonald was to have made a speech; he started it, but couldn’t go on. Mercy has some thoughts about why that might have been so. They also toured the locks there beside the Parliament buildings. The tour of the P B is really interesting – all sorts of info re gargoyles in the images of famous/infamous people, beautiful marble, the astonishing library. Well worth a visit.

Currently Osgoode Hall is the home of the Law Society of Upper Canada and the Court of Appeal for Ontario. Mercy and the delegates went sightseeing in Toronto and this, the “lawyers hall,” was one of their stops. Mercy described the beautiful stained glass dome ceiling and mosaic tiled floors – and they’re still there to visit today too. 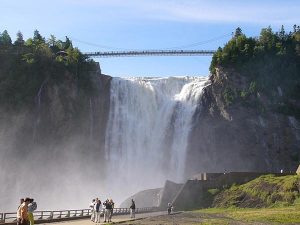 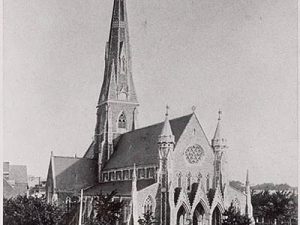 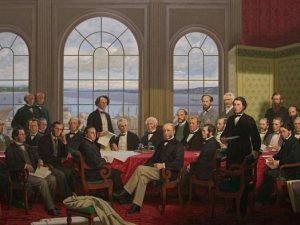 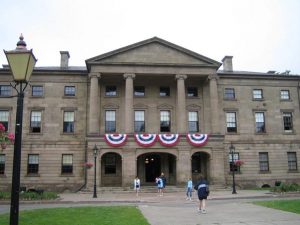