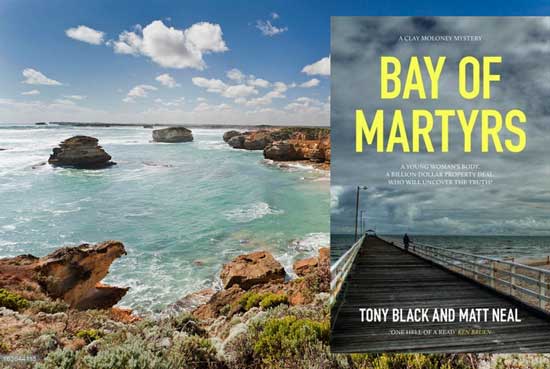 BookTrail The Bay of Martyrs here

Why is location important?

It’s such a big part of the mix of what makes a novel great; it’s almost a cliche but I think it’s true that if location is done properly then it can become a character in itself. It’s possible to identify with a location in a very human way and be either drawn to it or totally repelled by it.

I used to live in Warrnambool in SW Victoria and knew the region well. I was a reporter there and it’s a job that involves a lot of roving about the place – that’s when I first came up with the notion that the region would make a great setting for a novel.

Which came first, the location or the plot?

The location, definitely. Plot, for me anyway, is always the very last piece of the jigsaw puzzle that fits into place. 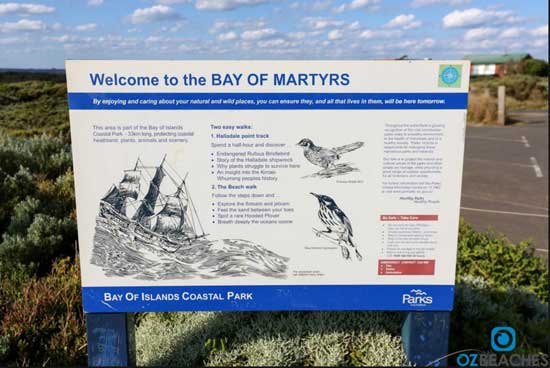 Bay of Martyrs – there’s a story behind there somewhere?

The entire coast is pretty rugged, with giant limestone cliffs that resulted in so many wrecks that it’s called the Shipwreck Coast. A lot of early settlers lost their lives on this coast but there’s also an Aboriginal oral tradition that states the same settlers drove their people off these cliffs. It’s hard to know exactly where the name comes from but it’s probably safe to assume it’s bloody.

What can people expect from your book?

As the title suggests, blood and mystery. It’s a crime story about a girl who has lost her life in this incredibly beautiful place that’s also historically synonymous with bloodshed. I’m always fascinated by places that are so gentile on the surface and just a vipers’ nest of suffering underneath – for a crime writer those locations are stacked with an extra layer of tension.

You grew up in Australia and then lived in Scotland and Ireland – what’s your accent like? What one thing have you adopted from each of those countries?

Ha! All over the shop. My family moved about when I was a kid, and my sisters and I both went through periods of being called Paddy and Skippy and the like but our unique twang has settled down a lot. I think having Scottish parents made our accents predominantly Scottish but I do remember when I was doing a late shift on the paper in Australia that whenever I made the final call to the police station to check if there was any news to report the cop on the desk would always end with, “you can knock off and get yourself a Guinness now!”

One thing you love from each place?

The thing I love most about all these places is the people.

I have some Lithuanian roots, my father’s side settled in Scotland after the First World War and I have great memories of my Lithuanian grandmother, great-grandmother and uncle. I’m almost ashamed to say I’ve never visited Lithuania but I’ve pored over pictures of it online and I’d love to visit.