Chatting to Rebecca Muddiman on the blog today. Her debut novel Stolen is a hard hitting piece of crime fiction. 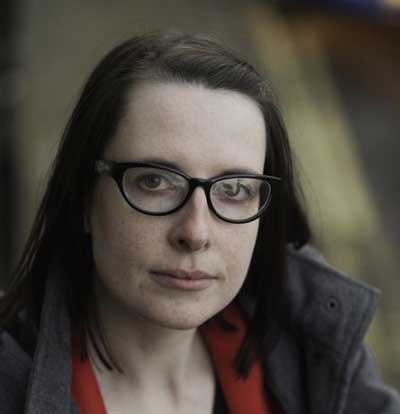 You can booktrail the locations of Stolen here

Congratulations on winning the Northern Writers award in 2010!. Now you have had your first novel published by Moth Publishing. What made you want to start writing and did you ever think you would have such great success?

I’ve always written – even from being a little kid. I think it came from being such a big reader, especially things like Roald Dahl. It just seemed that the worlds you could make up were so much more exciting than the real world so I started creating my own. It was while I was at college that I realised I’d like to write for a living but I never really thought that it would happen. I thought it would always be just me sitting there alone in my room so it’s great that I’m almost there. I still have a day job but it’s amazing to think I can at least call myself a writer now!

At your author event at Whitley Bay library, you mentioned that you have an interesting way of plotting. Can you tell us more about this?

Yes, it might be because of my background in screenwriting or maybe it’s just what works for me. Basically, I start with an idea and try to build it up until I have a basic plot. Then I write each plot point or scene that I have onto a little card and spread them out across the floor. Then I can see where the gaps are, can think “how do I get from here to here?” and add things to it. I also move things around so the structure changes. I then use this as a basic outline but quite often once the writing begins I’ll add more or make changes. I’m not someone who likes to write very detailed outlines. I like to have a bit of wiggle room and once I start rewriting things can change dramatically. Covering the floor in cards is odd to some people, but it works for me!

It wasn’t really a conscious decision to write about losing a child. My initial idea was more generally about missing people and how often they come back. But around the time I was thinking about the idea, the Madeleine McCann case was in the news and later there were other high-profile cases that seemed to follow a pattern in the way they were reported in the media – sympathy followed by blame followed by disinterest – and that was what really interested me. 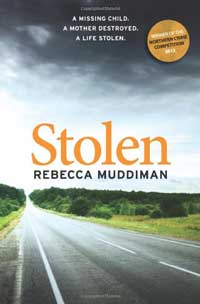 Was it hard to write about such a difficult topic? What made you choose it?

It was hard to write but mainly because I wasn’t sure I could write about being a mother, especially a mother who loses her child. I don’t have kids so it seemed so far removed from my experience that I constantly worried whether I could pull it off.  A writer friend pointed out that it was our job to write about things outside our own experience and I realised that I’d had no qualms about writing about being a murderer or whatever!  But I think I chose it simply because it was a story that kept nagging at me and I wanted to explore themes around people going missing.

Why did you choose to set your book and situations where you did? do you actually go to these places when researching your plot?

Most of the places are in Teesside where I’m from so I knew them quite well and could picture them without going out to them. I didn’t name most of the streets etc but in my head I know where they all are.  I didn’t actually set out to write a book set in my hometown but once I started writing it just seemed natural to do it. Plus I quite like the fact there’s a crime novel set in Redcar. I’ve never read anything set here so it’s nice to fly the flag so to speak. Even if lots of horrible things happen in the book!

Has your experience of working abroad influenced your writing?

I’m not sure it influenced my writing directly but I think all our experiences feed into what we do in some way. Mostly, I think working in abroad gave me a bit more confidence which led to me making a decision that I was really going to give writing a go. I’d dropped out of university and went to work in Holland for four months when I was 19. When I came back I realised that writing was what I wanted to do and signed up for a Film and TV Production course where I specialised in screenwriting and finally let other people read my work. That was the beginning for me really.

How have you found working with a regional development agency – New Writing North? Do you think these agencies are a good way of promoting new writers such as yourself?

I think I can honestly say that I wouldn’t be here talking to you about Stolen without New Writing North! The work they do is fantastic, they open up so many opportunities for writers and I’ve been lucky enough to work with them on several projects. I won a Northern Writers’ Award in 2010 which are run by NWN and then the Northern Crime Competition in 2012 run by Moth Publishing who NWN are a partner in. I was also a volunteer mentor in one of their Young Writers’ groups for a while which is an excellent project. I would’ve loved to have had a group like that when I was a kid.

Which 4 writers living or dead would you invite to a dinner party?

That’s a really hard question! I think maybe Raymond Carver just so I could try and get him to tell me how he did it. I think short stories are really hard to write but his are almost perfect. I want to know the secret!  Then maybe Tina Fey because she’s one of my heroes. Steven Moffat so I could discuss Doctor Who. And Jon Ronson because he would have the best dinner party anecdotes.

Finally would you be able to share a little something about your next novel? When is it coming out?

It’s currently called Gone but I think that will change. The book is the second DI Gardner novel and picks up a couple of months after Stolen ended. Again it focuses on missing people but in a very different way. It begins with a body being dug up in Blyth which appears to be a girl who went missing eleven years earlier and whose case just happened to be investigated by Gardner. So it kind of drags him back to face up to his past that he’s been running away from for the last decade.  Hopefully it will be out next year.

Thank you so much Rebecca. What a pleasure it’s been.  Look forward to reading your second installment of DI Gardner. You of course will be welcome back here where I will once again be making cakes. Chocolate brownies next time?