Get ready to find out who has won the Bloody Scotland Scottish Crime Fiction Debut of the Year! Winner to be presented on Friday 17 September 2021

Three of the books on this year’s McIlvanney Prize longlist have made the shortlist for this year’s Bloody Scotland Scottish Crime Debut of the Year.

BookTrail the locations in the Bloody Scotland shortlist

BookTrail locations in The Silent Daughter

Emma Christie appeared on Crime in the Spotlight 2020 – the element of the Festival where up-and-coming stars appear ahead of big names – and the Bloody Scotland Pitch Perfect winner 2017, Mark Wightman, is also in the mix for this year’s Debut Prize.

The shortlist is based on points received by a team of readers largely made up of bloggers and booksellers. The winner will be judged by Janice Forysth from BBC Radio Scotland and Simon Lloyd from Waterstones. Kenny Tweeddale from sponsors, the Glencairn Glass is also a judge.

BookTrail the locations in No Harm Done 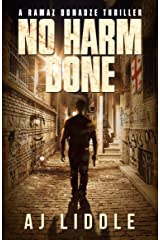 Bob McDevitt, Director of the Festival said:‘Once again, I’ve been blown away by the quality of the debut novels submitted this year. The fact that three of them also feature on the McIlvanney Prize longlist gives you some idea of just how high the standard was this year.’

Alex Gray – who is on the longlist of the McIlvanney Prize for the first time – said:

‘This year’s debuts were incredibly strong and all looks well for the future of crime fiction.’

BookTrail the locations in Edge of the Grave 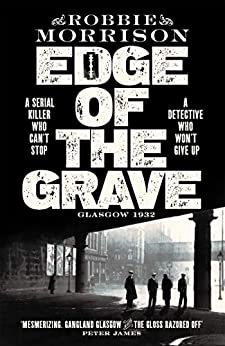 Bloody Scotland is Scotland’s International Crime Writing Festival, providing a showcase for the best crime writing from Scotland and the world. It is unique in that it was set up by a group of Scottish crime writers. Full information at www.bloodyscotland.com

BookTrail locations in Waking the Tiger 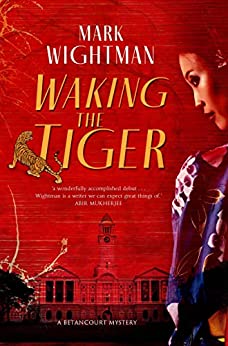 The winner will receive a cheque for £500, a trophy sponsored by the Glencairn Glass and nationwide promotion through Waterstones.

This is the third year to the prize. The first winner was Claire Askew with All the Hidden Truths (2019), followed by Deborah Masson with Hold Your Tongue (2020).

Want to know the winner of the Bloody Scotland Scottish Crime Debut of the Year?

Find out on Friday 17 September in the historic town of Stirling.