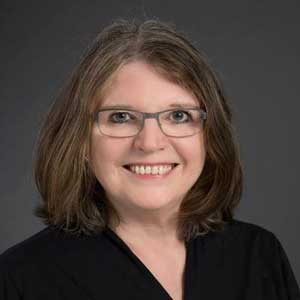 On the booktrail sofa today is debut author Alison Baillie. Why do we rate this lady? She writes a cracking crime mystery and she’s a lovely person to boot. We met at a literary event and her passion for her writing and her book was plain to see. Oh how we chatted and drank tea! Now we’ve had to keep a lid on this cuppa and cake as we could talk for hours.

Her book Sewing the Shadows takes us to Edinburgh, Africa and the Outer Hebrides… Hi Alison. Here, have a piece of cake and let’s chat books!

Why did you choose the three locations you have in your novel and what does each of the settings mean to you?

My mother is from Portobello and we always spent my holidays at my grandparents’ house there. It is a very special place for me, tied up with memories of my childhood and also of the time when my sons were young. We were living in Edinburgh then, but we went down to Portobello every weekend to visit my grandmother and run on the beach, whatever the weather. After university I did my teacher training at Moray House in Edinburgh and then was lucky enough to get a job teaching English at Portobello High School. I lived in Edinburgh for the next 20 years, my sons were born there and for me it is the most beautiful city in the world. I go back there as often as I can and would definitely live there if I could.

I based the part in the Outer Hebrides on a very poignant trip I made with a friend of mine, whose family is from South Uist, to scatter her husband’s ashes. The part set in Eriskay and South Uist is very closely based on reality and my friend has a lovely auntie like Mary Agnes that we stayed with. Afterwards we drove to Harris and Lewis. The weather and atmosphere changed and I can still remember the impressive stark beauty of the Callenish Stones against the glowering clouds of the sky. The whole section set in Lewis is completely imaginary but based on what I felt there.. 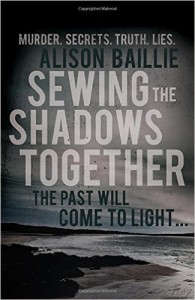 Plettenberg Bay is a really beautiful beach on the Garden Route in South Africa. I have a friend who has a house there and I have been lucky enough to visit four times now. I wrote quite a bit of the book there (as there was no internet and no distractions) and hope I have captured the beauty of the place. Actually when I started the book I had Tom and family going to Australia, a place I’ve visited only once and really liked but don’t know very well. It was only when I was in Plettenberg Bay that it occurred to me that this was a place I knew much better that would fit in well in the book.

Can you explain the title?

The title comes from the poem Bat by DH Lawrence, which is reprinted at the beginning of the book. I remember reading this poem when I was about thirteen with a young inspirational English teacher, who bears some similarities to HJ Kidd (only the nice bits of his character). It made a big impression on me then and when I was writing the book and looking for a title it suddenly came back to me. As the theme of the poem is the difference between appearance and reality (the swallows flying round the Ponte Vecchio in the dusk in Florence turn out to be bats) it is very appropriate to the theme of the book and the title could also suggest making sense of some traumas of the past. Also I just love the sound of the words. 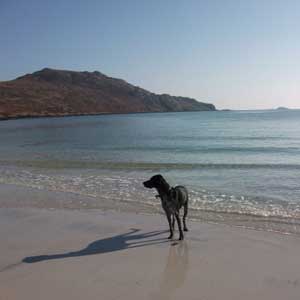 Have you ever attended a school reunion? Why did you choose this as a major setting?

I did attend a school reunion about ten years ago, and it is the basis for the reunion scene in the book. I actually went to Ilkley Grammar School in Yorkshire, but I’ve transferred the scene to Scotland. My charismatic old English teacher was there and it was wonderfully organised by a dear old school friend (who doesn’t bear any resemblance to the annoying Patsy). I thought then that this would be the perfect way to get all my main characters in the same place at the same time at the beginning of the book. It was also the 400thanniversary of my school’s foundation and we had a trip round the new school with my old English teacher, a scene which I have also used in Sewing the Shadows Together.

How secrets destroy families is a complex web of intrigue. What kind of research did you do into this area?

I didn’t really do any formal research. It was more as a result of several high profile murders which took place when I was teaching in Edinburgh; I began to empathise with the families and wonder how young people, the age of the students I was teaching, would be affected by tragedies like these. Since then, I’ve often been surprised by people around me – even the most perfect families on the surface were full of secrets and conflicts which were only revealed once you scratched the surface.

Were you inspired by stories of innocent people convicted of a crime in the news?

Oh, yes. I became very interested in stories of miscarriages of justice and read several books, read hundreds of internet articles and followed many campaigns. I was horrified by the way so many people’s lives had been ruined, often on the flimsiest of evidence.

And with that, Alison and I decide to have more coffee and cake and chat about Scotland since it’s a country close to both our hearts and well, talk books too as you can never talk enough about books can you?