Miss Adventures: A Tale of Ignoring Life Advice While Backpacking Around South America

The perfect title for Travel Tuesday and with another fantabulous Riff Raff Event happening this Thursday in London, there is no better time for a look at a backpacking expert and travel writer Amy Baker who has more than a few tales to tell in her book “Miss Adventures: A Tale of Ignoring Life Advice While Backpacking Around South America” 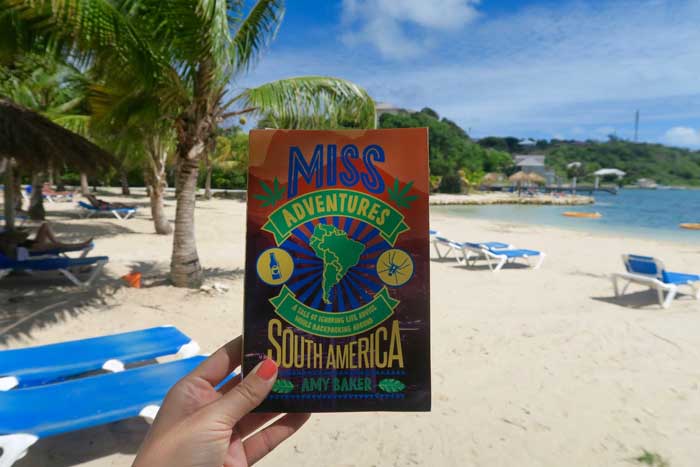 Back in 2013, finding myself in a massive grump about life in London, I decided I needed to live a little, and so I booked a ticket to South America. Why South America? Well, having become wholly bored of my day-to-day I was determined to challenge myself and South America felt like a challenge. Plus, I’d finally get the chance to improve my shoddy Spanish, and hopefully, while alone and forced to fend for myself, maybe I’d finally work out once and for all what I actually wanted from life. 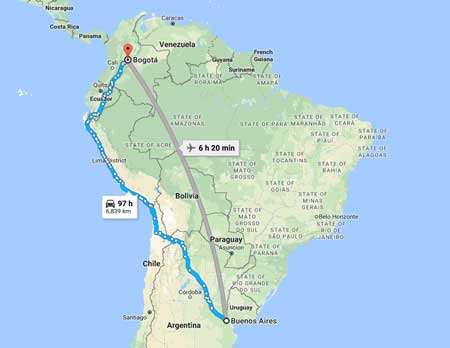 When it came to planning – I was lazy. All I knew when I jetted out of Heathrow was that I would start in Buenos Aires, and end up in Bogota in Colombia six months later. What I’d get up to in between was anyone’s guess. There would be the obvious stops – Lake Titicaca, Machu Picchu, as many golden sand beaches as possible – but in between, I was insistent I’d just go where I fancied at any given time. I’d felt so stifled in my job back in the UK – I couldn’t bloody wait to break from routine and enjoy winging it.

Getting in the swing

I started my trip in holiday mode – a great friend was with me for the first ten days and we did as tourists do – glugged glasses of God’s own Malbec, ate more steak than any human should, danced it off until dawn. I could actively feel my body relaxing in those first ten days – getting used to paying attention to everything around me and soaking it in, rather than existing on auto-pilot as I had been back home. I was awake again and EXCITED.

We toured the barrios of BA on bright green bikes, ate spicy parillas, made way for thousands of boisterous football fans en route to the biggest grudge match in Argentinian football, Riverplate vs. Boca Juniors. We ventured out of town to Iguazu Falls and on to Mendoza – the birthplace of those red wines I was enjoying so much. Before I knew it, my holiday was over. It was time to start travelling. 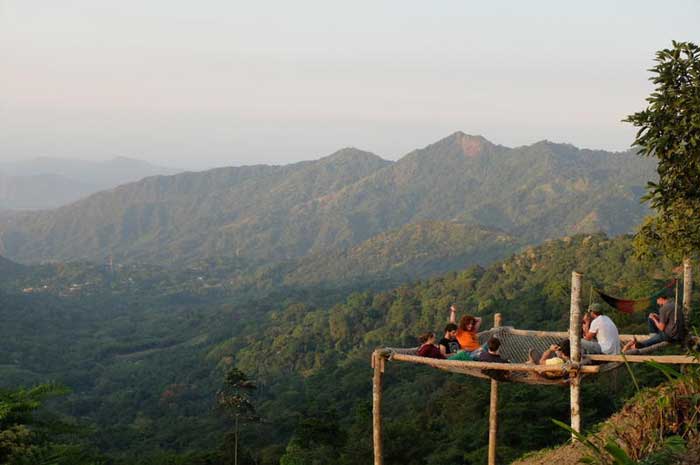 Arriving into La Paz, I knew Bolivia was going to be a whole different (exciting) story. One minute we were flying over the peaceful snowy peaks of the Cordillera Real mountain range, the next an enormous valley opened up and before my eyes was La Paz – the highest city in the world. Chaotic, colourful, my favourite city in South America. Even if you weren’t breathless from existing at over 3000m above sea level – the sheer amount of things to look at kept that pulse elevated.

My first stop out of La Paz was the Amazon Rainforest. No more lounging under umbrellas sipping cocktails – now I was sweating profusely aboard a tiny boat (that sat alarmingly low in the water), jetting down the river to jungle camp. I was excited, but all too aware of the native wildlife awaiting me…that could no doubt sense my fear from 50 miles away. Those three days were spent in a constant state of fear and amazement – we encountered tarantulas, a 7ft boa constrictor, and a lot of (deceptively cute) poisoned frogs. We saw flowers that could set you off on the hallucinogenic adventure of a life time should you fancy brewing them up, learnt how to extract deadly poison from trees and how to stitch up human skin with the decapitated heads of Leafcutter Ants. I may have been knackered but my eyes had been opened to what I could see and do in South America if I resolved to challenge myself. 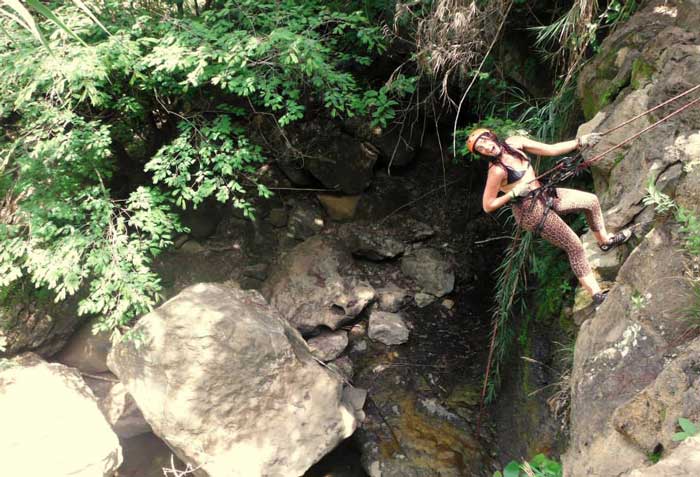 The next two months were spent travelling through Peru and Ecuador before finally arriving in Colombia – the place I’d been looking forward to the most. It did not disappoint. I stayed three months, did not want to leave, and still think of it every day. From the candlelit whitewashed streets of Popayan, and the dusty wild-west town of San Agustin, to the heat and hubbub of enormous cities like Cali, Medellin and Santa Marta, every stop on my trip gave me pure delight.

All too aware that my time (and money) were running out, I realised I needed to seek out some peace and quiet – a place where I could digest the learnings of the past six months, and hopefully figure out what on earth I would do next.

I chose Casa Elemento as the arena for this reflection– a hostel high up in the Sierra Nevada mountain range, miles away from a decent Wi-Fi signal. The hostel was literally on top of the world. From our vantage point above the clouds, we enjoyed views over dense jungle, the urban sprawl of Santa Marta and the Caribbean Sea sparkling in the distance.

It was here, during runs through the jungle and as I foraged for berries to bake into cakes for the hostel guests, that I realised all I wanted in the world was to write my book. My six months alone had showed me I was capable of doing it, and now, I was ready.

Many thanks Amy! What a fascinating journey!