Talking Keswick and the dark deeds of what was found on the island in the middle of the lake today with Imogen Robertson. You can booktrail the Island of Bones here 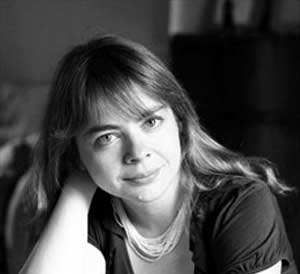 What gave you the idea to start writing about Crowther and Westerman?  They are such an unusual investigative duo. Unique of their kind.

Thank you! As with most things in writing it was a combination of books I was reading and situations I was thinking about. I was interested in the roles of Georgian women and the idea of Harriet, part of society but slightly at odds with it began to form. Crowther arrived fully formed in my imagination. I suspect the images of Joseph Wright of Derby, the faces in the candle light had a lot to do with it. I was also reading Wendy Moore’s biography of John Hunter, the father of modern surgery. They are very different men, but Hunter’s relentless curiosity and single-mindedness are certainly part of Crowther’s make-up.

What gave you the idea to set the books in Keswick? And what kind of research did you do?

I’ve known Keswick and Derwentwater since I was a child, my parents use to take us there a lot and I remember running through the woods that border the lake much as Stephen does in the book. I’d rather arbitrarily said that Crowther was born in the area in an earlier novel, and as I realised I wanted to write something that explained more of his upbringing and history, it became clear the book had to be set there. Turns out to have been one of my better decisions. It is a wonderful place, incredible scenery of course, but also so rich in history, folklore, tradition and legend I’m surprised more people don’t set their books there! 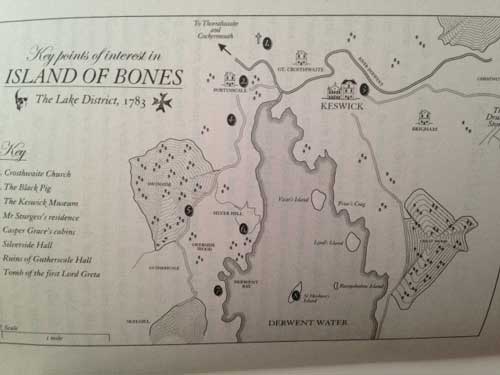 A lot of my research takes place in libraries, but actually spending time in the places where you set your book is vital. It’s especially true for Island where, I hope, the landscape is in a way a character too. Keswick has been through so many times of transformation and it’s fascinating to see what endures and what changes over time. My husband and I rented a little house in the town and we walked and walked until I felt I could write about it.

What is the one place that you would recommend we visit there or a legend we should read more about?

My recommendations are probably pretty much the same as an 18th century traveller would give! Visit the Keswick museum, an extraordinary, eclectic collection that is the direct descendent of the museum opened in the town in the 1780s; climb the hill to see the Castlerigg stone circle and of course spend time out on Derwentwater itself. For the legends, if you look up the Luck of Edenhall you’ll find some of the inspiration for the Luck in the novel. It is an object of great beauty too.

Have you visited the sites in the book and can you tell us something that you maybe found out in your research but couldn’t use in the novel? You really create a great atmosphere of spooky goings on!

Yes, I always go to the places my books are set. The ideas that can be inspired by just walking the ground are often better than anything you come up with when stuck in the library. Some of the buildings in the novel I made up, but I still went and stood on the places they would have been.

I can tell you something spooky from the research I couldn’t use in the book actually! I arrived at the British Library for my first day of research and ordered up a guide to the lakes which was published just before the book was set. I wanted to hold in my hand the guide that Harriet and Crowther would have had with them. It arrived and my heart almost stopped when I opened in and found the original owner’s name inscribed on the inside cover in beautiful 18th century handwriting. ‘H. Crowther.’ I have to say, it felt like a good omen! 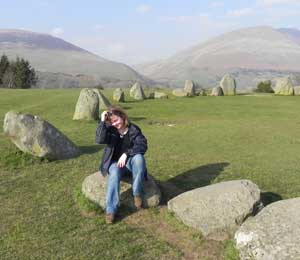 About the character of Casper, I found him  a very interesting person. Can you tell us more about him?

Casper is born out of the world of cunning men and women that has always existed in Britain. People tend to think of history in rather black and white terms: ‘This was how things were, then the Enlightenment happened and everything changed.’ People don’t really work like that and cunning folk were an important part of the community, particularly in rural areas well into the 19th century. They drew on age-old traditions, sold talismans, told fortunes and helped people fight off curses, illness and misfortune or recover stolen goods. Some were charlatans and I’m sure and many of their beliefs and cures will seem very strange to us now, but I’m equally sure many were a positive force in uncertain times. I highly recommend ‘Popular Magic’ by Owen Davies for an excellent study of cunning folk in England. Casper also hears voices, and I did a lot of research into experiences of voice hearing to understand that part of his character, then think how he might understand his experience in the context of his own time and culture.

You’ve recently released your latest novel  – The Paris Winter – why did you decide to base your novel in this city and more importantly its dark underbelly?

I love Paris and in the time the novel is set, 1909, it was the most modern city on earth – a beacon of culture and consumerism. I wanted to look behind the curtain and see what else was going on. I’m always interested in what is happening in the places other people aren’t looking. I also wanted to write about art and women artists in particular and like many of them, I was drawn to the studios of Paris and the stories to be found there.

Say you’ll be retuning to Crowther and Westerman?

Island of Bones is followed by Circle of Shadows which sees Crowther and Westerman plunged into a world of alchemy, automata and poison in the Holy Roman Empire. The next Crowther and Westerman novel is ‘Theft of Life’, which is set in London and against the background of the slave trade. That’s due to be published in the UK in May 2014. 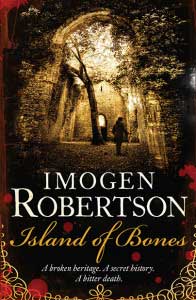 Which 4 characters from literature would you have at a dinner party?

Difficult question! Dorothea from Middlemarch, Prince Myshkin from Dostoyevsky’s The Idiot, then, because they might need some livening up, I think, Beatrice and Benedict from Much Ado About Nothing. Rats, out of room, I shall have to ask Lord Vetinari from the Terry Pratchett novels on a different day.

Thanks Imogen for telling me such fascinating insights into your novels! Off to read the next one now. Here, do you want to take some cake with you? You’re welcome back anytime. Thanks for writing about Keswick – it’s a beautiful part of the world and I have never read about it or been taken around it like I have with Crowther and Westerman! Amazing.

Imogen’s off home now but if you’re tempted to find out more then you can visit her at her house on line – http://www.imogenrobertson.com/index.html

I can’t promise there’ll be cake there though!