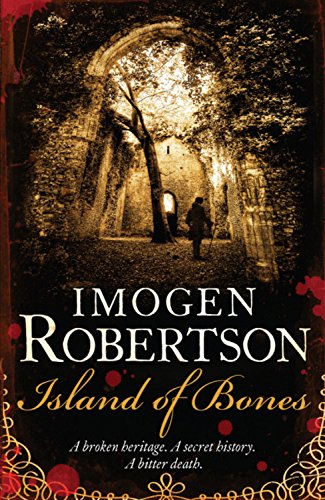 1783: Keswick! So mystical and beautiful at the best of times, it really deserves putting on the literary map of the UK. If you like your dark spooky forests and your creepy lakes, then this is the book trail for you.

A man in hanged for the murder of his own father.

A mysterious body is found in someone else’s tomb.

And that’s just for starters.

This is one gripping murder mystery set where the dark secrets of the upper classes are revealed to have more than skeletons in their cupboard. There is suspicion amongst the people of the village, a sense of magical superstition and a lot of hidden mystery and intrigue as to how on earth an extra body ends up in a tomb. Macabre? Gruesome? Intriguing?

A fantastic murder mystery set amidst the life and times of the English during the latter half of the 18th Century.

Keswick is so pretty at the best of times but with such a fantastic story and historical mystery set right at the heart of some of the most iconic places in and around the region – this is the way to really see the region back in time.

On the Island of Bones lies the tomb of the first Earl of Greta. When the tomb is opened there is one body too many….and so the mystery begins…

The little town of Keswick was becoming accustomed to the elegant coaches of approaching strangers appearing in its midst.

Gabriel Crowther’s family bought the Gretas’ land long ago and it was his brother that was hanged for murdering their own father  – the Baron of Keswick. He returns to his old home, to try and discover the identity of the extra body. A secret that has been buried for 300 years resurfaces, and  Crowther’s family’s bloody history is exposed in this historical thriller.

There is a great map inside this book – Imogen is indeed a keen booktrailer herself, so you should take them when touring the area. We recreate the main points below.

The author’s delicious descriptions draw you in to the mood and atmosphere of the novel. Island of Bones – St Herbert’s Island in Keswick is a gothic mystery with a difference. It has intrigue, beautiful yet spooky settings and a lot of history. 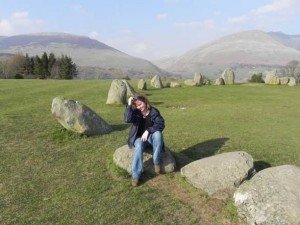 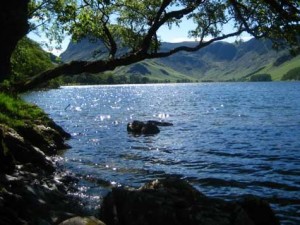 So, who fancies being transported into the middle of a gothic whodunit set in the 18th century?

I don’t want to give anything away – you have to discover this for yourself. And experience the thrill of a location not often represented in literature like this. But what I will say – This is the third book in the series of Crowther and Westerman but was the first book I came across and nothing was lost because of this. It is certainly a stand alone novel but one which makes you want to read the others in the series.

Here’s hoping that Crowther and Westerman maybe one day make it to the small screen. I would love to see the beauty as well as the mystery of Keswick show cased to the rest of the world. And for Imogen Robertson’s gothic thriller to be the literary path that we all take there.